Relating a Story can Change a Child’s Behavior - I 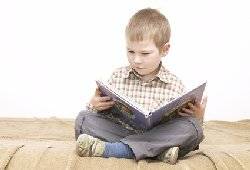 A mother said, "I have a friend who is married and has two children, aged five and six. On one occasion when I visited them, she asked her children not to fiddle with the alarm clock that belonged to their father. However, the children did not pay attention to what their mother was saying."

Therefore, I said to them, “Would you like to listen to a nice story?"

The children sat next to me, paying full attention, because they loved stories and tales. I started my narration:

“Mustafa was a little boy who was five years old. He liked to play with the alarm clock that was in his parents’ room. His father asked him many times to stop doing that, but he liked doing it. It was nice. He did not stop. He continued to play with the alarm clock of his father, twisting the buttons in different directions and laughing while seeing the hands moving right and left and all around.” [Do you think that Mustafa was a good boy? “No,” said the children]

On the day of ‘Eed, Mustafa and his family were invited to a party for celebrating the ‘Eed in the house of his friend. Mustafa was very excited about the invitation, because he would see all of his Muslim friends there, and they would play together, eat sweets and cakes and drink refreshments. Mustafa waited impatiently for the day of the celebration, which was scheduled to last from seven to nine at night.

He got ready for the ‘Eed and wore his new clothes, and was very happy. He waited for the time of the celebration to come.

By five o’clock he felt bored, went to the room of his parents, and fiddled with the alarm clock. He moved the hands, which made the time three instead of five o’clock. His father called him for dinner and he went and ate. After dinner, his father and mother went to their room and Mustafa went to his. Every ten minutes he asked them whether it was time for the party.

They told him that they still had some time. Mustafa waited for a long time until it was the time to leave. He was extremely excited because he was going to play with his friends. His family and he arrived at his friend’s house. He rang the doorbell, and Mr. Riyaadh opened the door. Mustafa greeted him and said that they had come for the party.

Mustafa's father said, “But, it is seven o’clock at our home.”

He realized what Mustafa had done and asked, “Have you been fiddling with the alarm clock again?”

Mustafa was sad because he missed the party, yet he learned a great lesson and promised his parents to stop that bad habit.

The two children listened with full attention. I think that they learned a lesson, which would be difficult for me to make them learn by just saying, “You should listen to the advice of your parents...” [Awlaaduna Akbaaduna]

said, “Stories have magic that affects souls ... Which magic is it? How does it affect the souls?'

Is it the “emotional participation” with the characters of the story and the feelings that the story moves in the soul and makes them spring and flow?

Is it a reaction to the situations when a person imagines himself a part of the events, nevertheless, he is saved from them and observes from afar?

In any case, there is no doubt that people who read and listen to a story cannot take a passive attitude towards its characters and events. They push themselves, intentionally or unintentionally, on the stage of events and imagine being in one situation or another. They draw comparisons between themselves and the protagonists, and thus, agree or disagree with them, or feel impressed.

Relating a Story can Change a Child’s Behavior - II 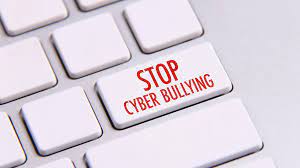