The learned master of the Ummah, ‘Abdullah ibn ‘Abbas 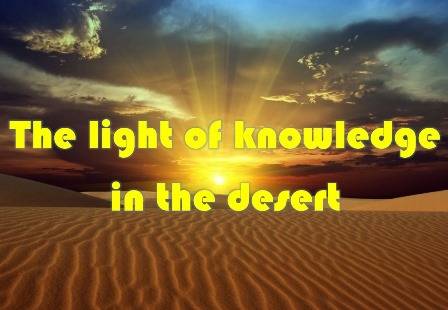 He is the glorious Companion, ‘Abdullah ibn ‘Abbas, may Allah be pleased with him, the paternal cousin of the Messenger of Allah

. He was born three years before the Hijrah, and gave the pledge of allegiance to the Messenger of Allah

when he was very young, and had not yet attained the age of puberty. He emigrated with his parents before the Conquest of Makkah.

Ibn ‘Abbas, may Allah be pleased with him, liked knowledge since he was very young. He devoted himself to it, gave care to understanding it, memorization and study. Once he grew up, he became the most knowledgeable about the Tafseer of the Quran, and the rulings of the purified Sunnah. People came to him from everywhere, to learn the rulings of religion at his hands.

supplicated Allah for him saying: “O Allah! Endow him with the favor of comprehending religious knowledge.” [Al-Bukhari] He was called the interpreter of the Quran.

He was known as the learned master, due to his vast knowledge of the Book of Allah, and the Sunnah of the Messenger of Allah

. It was narrated that he was staying in I‘tikaf in the mosque of the Messenger of Allah

I am incapable of fulfilling it.” He asked him: “Should I not use my good offices with him for you?” He said: “Yes, if you so like.” Ibn ‘Abbas, may Allah be pleased with him, stood up, put on his sandals and left the mosque. The man asked him: “Have you forgotten the state in which you were?” That is, you are in I‘tikaf according to which it is invalid for you to leave the mosque. He said: “No (I have not forgotten). But I heard the dweller of this grave

who died a short time ago (and his eyes shed tears) saying: “Whoever seeks the fulfillment of his brother’s need, and is able to do it, that is better for him than to stay in I‘tikaf for ten years; and whoever stays in I‘tikaf only for one day, seeking thereby the Countenance of Allah The Almighty, Allah then Separates him from Hell with three ditches, farther than the distance between the East and the West.” [At-Tabarani, Al-Bayhaqi and Al-Hakim]

He loved his fellow Muslims and sought to fulfill their needs. He said, “To look after a Muslim family for a month, a week or as long as Allah Wills is dearer to me than to perform Hajj after Hajj; and a gift to be given to a brother of mine in (for the Sake of) Allah is dearer to me than a dirham to be spent in the Cause of Allah.”

loved Ibn ‘Abbas, gave him a seat close to him in his assemblies, consulted him on all his affairs, and took his opinion into consideration, in spite of his young age. Some of the Muhajiroon criticized ‘Umar for that, thereupon he said: “Today, I will show you something therewith you will know his excellence.” He asked him about the Tafseer of the verse (which means): {When the Victory of Allah has come and the conquest}, [Quran 110:1] One of them said: “Allah Commanded His Prophet

on seeing the people entering into the Religion of Allah in multitudes, to exalt Him with praise and ask forgiveness of Him.” ‘Umar

about the time of his death. In other words, that is the portent of your death: so, be ready for it, and exalt Allah with praise of your Lord and ask forgiveness of Him.” [Al-Bukhari, Ahmad, At-Tirmithi, At-Tabarani and Abu Nu‘aym]

said about him: “I have never seen anyone with more understanding, more reasonable, more knowledgeable and more forbearing than Ibn ‘Abbas. I saw ‘Umar always inviting him for the predicaments, saying: “There is a predicament”, and he would not go beyond his opinion, given that the men of Badr were around him.” [Ibn Sa‘d] ‘Aa’ishah

said: “From among those who survived, Ibn ‘Abbas has the best knowledge of Hajj.”

Ibn ‘Abbas, may Allah be pleased with him, used to stand at night (in prayer), recite the Quran and weep a lot out of fear of Allah. He was humble, and used to give the Companions of the Messenger of Allah

their due estimate, exalt them, and show respect for them. One day, Zayd ibn Thabit

wanted to ride his she-camel, thereupon he hastened to make it kneel down for him. On that Zayd said: “It is you who make the she-camel kneel down to me, O paternal cousin of the Messenger of Allah?” Ibn ‘Abbas

said: “As such we have been commanded to take the stirrup of our chiefs.”

Ibn ‘Abbas, may Allah be pleased with him, was generous and munificent. Once, Abu Ayyoob Al-Ansari

went to Basrah when Ibn ‘Abbas was its governor. Ibn ‘Abbas took him to his house and said: “I will do you (a favor) like what you did with the Messenger of Allah

(when you hosted him).” He hosted him and offered good hospitality to him.

took part in the Battle of Siffeen, in the army of the grand Imam ‘Ali

dedicated himself to knowledge and worship until death approached him in 67 A.H., when he left Al-Madeenah for Ta’if, and at that time, he was seventy years old. Imam Muhammad ibn Al-Hanafiyyah led the funeral prayer on him, and buried him in Ta’if while saying: “Today, the God-conscious scholar of this ummah died.”
Ibn ‘Abbas

. He narrated as many as 1660 Hadeeths. From among the Companions, he was one of the most knowledgeable, and many juristic opinions depended on his personal reasoning, which distinguish him from other Companions.

Al-Khansaa': Poetess and Mother of Martyrs

A glimpse at the life of ‘Umar Ibn Al-Khattaab – I

A glimpse at the life of ‘Umar Ibn Al-Khattaab – II 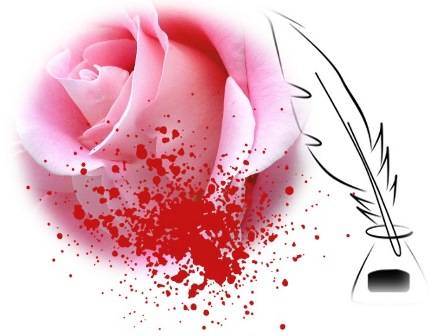 Al-Khansaa': Poetess and Mother of Martyrs

According to the connoisseurs of Arabic poetry, there has never been a woman whose poetry was as replete with knowledge, or who was more knowledgeable than Al-Khansaa', may Allaah be pleased with her....More