Performing Hajj More than Once from the Perspective of Sharee’ah 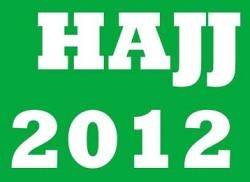 Hajj is a great act of worship that combines physical and financial worship. It is a type of Jihaad in the Cause of Allah The Almighty; however, it does not involve fighting, as mentioned by the Prophet

said: “Performance of Hajj is once and anything more than that is a voluntary act (of worship).” This is from the Mercy of Allah The Exalted. Since Hajj entails spending money, exerting physical strength as well as travelling long distances (for some people), Allah The Almighty made it obligatory only once in a lifetime.

Performing Hajj more than once is favored if it does not entail physical harm due to overcrowding and the dangers resulting therefrom. If there is harm, then it is better to forego voluntary Hajj, especially since there are many charitable deeds and a broad field for whoever wants to do good, such as feeding the needy, helping the insolvent and contributing to beneficial charitable projects.

Furthermore, one should abide by the regulations set forth by the state for the interests of the pilgrims, such as restricting the number of pilgrims from every country.

It is not permissible to contradict this regulation and perform Hajj without a permit, because of which one might commit the prohibitions of Ihraam (the sacral state) and might not perform Hajj in the required manner because of overcrowding, which might lead one to avail oneself of permits in the rituals. Thus, his Hajj would be incomplete because of the rituals he abandons or those which he does not perform according to the required manner, especially women, because of the extreme dangers they are exposed to and the hardship they face. Hence, whoever has fulfilled his obligation would probably be better off not repeating Hajj in these difficult circumstances, thus allowing space to those who did not perform it previously. Allah The Almighty Says (what means):

Ø  Jihaad in its general meaning refers to striving in the cause of Allah. However, it is commonly used to refer to fighting in the battle field and sacrificing one's life for the sake of Allah.

Ø  A communal obligation: It is an obligation which if performed by any member of the nation, then others do not need to perform it and are not deemed as sinners. However, if no one performs it, then the entire Nation is considered sinful [for neglecting the obligation].

Ø  Including all related expenses, like tickets, food Hajj Ihraam sheets (or garment) and so on.