Islamic banking in the digital age 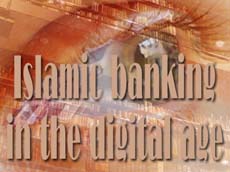 Islamic banking refers to a system of banking activities that is consistent with the Sharee'ah (Islamic law) and guided by Islamic economics. Thus, banking procedures including payment of Ribaa (usury or interest) is Haraam (Islamically prohibited). Islamic law also prohibits trading in financial risk (which is seen as a form of gambling), investing in businesses that include alcohol or pork, or businesses that produce anti-Islamic media, etc. In the late 20th century, a number of Islamic banks were created, to cater to this particular banking market.

The first modern experiment with Islamic banking was undertaken in Egypt under cover without projecting an Islamic image for political reasons. The pioneering effort, led by Ahmad El-Najjaar, took the form of a savings bank based on profit-sharing in the Egyptian town of Mit Ghamr in 1963. This experiment lasted until 1967, by which time there were nine such banks in the country.

Islamic banking has the same purpose as conventional banking except that it operates in accordance with the Islamic rules, known as Fiqh Al-Mu'aamalaat (Islamic rules on transactions). The basic principle of Islamic banking is the sharing of profit and loss and the prohibition of Ribaa. Amongst the common Islamic concepts used in Islamic banking are profit sharing (Mudhaarabah), safekeeping (Wadee'ah), joint venture (Mushaarakah), cost plus (Muraabahah), and leasing (Ijaarah).

In an Islamic mortgage transaction, instead of loaning the buyer money to purchase the item, a bank might buy the item itself from the seller, and re-sell it to the buyer at a profit, while allowing the buyer to pay the bank in installments. However, the fact that it is profit cannot be made explicit and therefore there are no additional penalties for late payment. In order to protect itself against default, the bank asks for strict collateral. The goods or land is registered to the name of the buyer from the start of the transaction. This arrangement is called Muraabahah. Another approach is Al-Ijaarah wal- Iqtinaa', which is similar to real-estate leasing.

Islamic banks handle vehicles' trade in a similar way (selling the vehicle at a higher-than-market price to the debtor and then retaining ownership of the vehicle until the loan is paid).

There are several other approaches used in business deals. Islamic banks lend their money to companies by issuing floating rate interest loans. The floating rate of interest is pegged to the company's individual rate of return. Thus the bank's profit on the loan is equal to a certain percentage of the company's profits. Once the principal amount of the loan is repaid, the profit-sharing arrangement is concluded. This practice is called Mushaarakah. Further, Mudhaarabah is venture capital funding of an entrepreneur who provides labor while financing is provided by the bank so that both profit and risk are shared.

Such participatory arrangements between capital and labor reflect the Islamic view that the borrower must not bear all the risk/cost of a failure, resulting in a balanced distribution of income and not allowing lender to monopolize the economy.

Islamic banks have grown recently in the Muslim world but are a very small share of the global banking system. Micro-lending institutions such as Grameen Bank use conventional lending practices, and are popular in some Muslim nations, but are clearly not Islamic banking. [1]

Today, there are about seventy five (75) Islamic equity funds worldwide based in Muslim countries and targeted at institutional investors in the Middle East. The growth of the middle class in the Muslim world is driving the advent of a 'new economic order.'

Islamic scholars are open to creative solutions for the problems raised by modern finance. Any respectable Islamic fund or financial institutions has a board of scholars screening its investments and practices. “Nearly all the scholars now agree, for example that it is ok for Muslims to buy equities or stocks which are commitments to responsible ownership”, says Virginia-based Islamic scholar and fund adviser Yusuf Talal Delorenzo. This approval of the scholars is conditioned to such equities of stocks being Islamically lawful themselves.

The strong middle class Muslims in Malaysia helped in producing some recent innovations in Islamic finance. IslamQ.com will be launched in Kuala Lumpur to become the first web site to offer online Islamic stock trading.  It is a virtual bazaar providing many services.  Surfers can check prayer times, plan pilgrimage to Makkah or 'Ask the scholars' about how to handle finance under the Sharee'ah.  IslamiQ.com hopes to broaden what is possible for Muslim investors within the bounds of what is Halaal, or permissible under Islamic law. The Western style of banking is shunned by hundreds of millions of observant Muslims around the world.  They were left to invest in real estate, trade financing, or small business; and to accumulate a pool of cash that IslamiQ now estimates at US$ 150 billion and growing by 30% a year.  “There is a lot of money that has been hidden under the people's mattresses”, says Hasnita Hashim, the Malaysian banker and IslamiQ CEO and co-founder.  IslamiQ.com will have offices in New York, London and Malaysia.

As investors’ choices grow, Islamic finance is no longer the exclusive domain of Muslims. Ms Hashim, who ran Islamic funds in her native country (Malaysia) before starting IslamQ.com, says that more than half of her investors were non-Muslims.