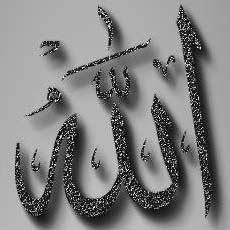 Mankind, in general, has maintained a belief in the existence of the Creator of the Universe since time immemorial. The duty of the prophets of Allah was not so much to inform their people of Allah's existence as to warn them against associating others with Him, and to teach them how to serve Him. Allah Says (what means): "Their messengers said, 'Is there any doubt concerning Allah, the originator of the Heavens and the Earth?'" [Quran 14:10]

The early Muslim scholars did not even have to address the issue of the Existence of Allah, for it was a blatantly obvious fact, which nobody questioned. It was only around the fourth century after the Prophet's migration to Madeenah, when people's doctrine started being infiltrated with atheism and permeated by unbelief, that the scholars had to address the issue.

The existence of Allah is established by various categories of proofs, which may be conveniently classified under four categories.

The major religions of the world have scriptures, which teach the existence of the Creator. In particular, the Quran, the only revealed book which has remained totally intact and preserved, establishes the existence of Allah by compelling rational arguments, while at the same time serving as an enduring miracle testifying to His reality. It decisively establishes His uniqueness and non-resemblance to creation, and emphasizes that worship is only for Him.

The proof of "Fitrah" (natural inborn belief in Allah)

As already mentioned, the human being has an inherent and inborn recognition of his Creator. This is a consequence of a pledge which Allah took from the soul of every one of us before we came into this world, Allah Says (what means): "And [remember], when your Lord took from the children of Aadam, their children behind them, and made them testify over their own selves, [saying to them], 'Am I not your Lord?' They said, 'Yea.'"[Quran 7:172]

Every human being is born with this natural disposition, which is called in Arabic "Fitrah". Abu Hurayrah, may Allah be pleased with him, has reported that the Messenger of Allah (

) said: "Every child is born upon Fitrah, then it is his parents who make him Jewish, or Christian, or Magian (Zoroastrian), just as an animal delivers a perfect baby animal; do you find it mutilated?" [Al-Bukhari]

But, this "Fitrah" sometimes becomes latent, especially when the human being is in a corrupt and spiritually degenerate environment, which is devoid of reminder and exhortation towards the Lord. The "Fitrah" surfaces, however, in times of calamity and distress. How many avowed atheists find themselves raising their hands to the skies in supplication when in affliction! And how do the staunch unbelievers cry out for deliverance when they are faced with death!

Allah Says (what means): "[Allah] it is who causes you to travel over land and sea; until, when you are in the ships, and they sail with [their passengers] with a fair breeze, and they are glad therein, a tempestuous wind reaches them, waves are coming at them from everywhere, and they think that they are overwhelmed therein; [then] they call to Allah, making their faith pure for Him [alone], 'If You save us from this, we will surely be among the thankful!'" [Quran 10:22] Yet, this sincerity is often short-lived. Allah Says (what means): "Then, when He saves them, behold, they rebel upon the earth wrongfully." [Quran, 10:23]

Mankind is all too apt, during the course of his daily life of comfort and enjoyment, to forget his Lord. Allah Says (what means): "And when some trauma touches man, he calls to his Lord, turning repentant to Him. Then, when He grants him a favor from Himself, he forgets that for which he called to Him before, and sets up partners to Allah." [Quran 39:8]

It is to awaken and alert this "Fitrah" that Allah, in His mercy and wisdom, sent Messengers to remind people of their true religion, and to direct them towards fulfilling their commission of serving their Lord. Allah has ordered His prophet to proclaim, Allah Says (what means): "O mankind! If you are in [any] doubt regarding my religion, then [know that] I do not worship those whom you worship besides Allah, but I worship Allah Who will take your souls." [Quran 10:104]

The specific mention of death here drives home the stark reality, which even the pagans must concede to when faced with the glaring, intuitive evidence, that Allah alone causes death. The rational individual, then, should prepare for this inevitability by responding to his Lord. Islam is merely a hearkening by man to his nature, an acceptance of that which is naturally good and intuitively right. Allah Says (what means): "So, set your face toward the religion in uprightness. That is the "Fitrah" of Allah, upon which He has created mankind. Let there be no changing of Allah's creation." [Quran 30:30]

There are others who stubbornly resist this truth and reject Allah's message when it is presented before them, although they are well aware of its veracity. This was the attitude of Pharaoh and his supporters, and its consequences are severe, in this world and the Hereafter, Allah Says (what means): "They rejected [Our signs], although their own souls were convinced of their truth, [and this they did] out of iniquity and arrogance. See, then, what was the sequel for those who cause corruption!" [Quran 27:14]

Yet, even hardened deniers who stand in the way of truth and resist it may grab hold of it at the last moment, before it is too late, for on account of the surfacing of the "Fitrah", a disbeliever who is faced with death on the battlefield may suddenly embrace Islam. The Muslim who fights in Jihaad will similarly be exposed to death frequently, thus enhancing and sharpening his awareness of Allah.

It is intuitively obvious, and confirmed by science, that the universe had a beginning. Every action requires a doer, and thus the existence of creation necessarily indicates the existence of the Creator. Allah appeals to the human mind and rationality in the Quran, saying, (which means): "Were they created from nothing, or are they [themselves] the creators?" [Quran 52:35]. Quite obviously, we have been created, and brought into existence after being non-existent, and it is also plain that we do not create ourselves.

A few years ago, the sands in the "Rub' Al-Khaali" desert (the ) were blown away by a windstorm to reveal the ruins of a city that had been covered by the sands. Scientists began to examine the contents of the city to try to determine the period in which it had been built. Nobody among the archaeologists or others even suggested that this city could have appeared as a result of the natural actions of the wind, rain, heat and cold, and not by the actions of man. If anyone had suggested such a thing, people would have regarded him as crazy and would have taken pity on him. So how about if someone had said that this city was formed by the air from nothing in the far distant past, then it settled on the earth?

Having recognized the necessity of the existence of a Creator, one then realizes that there can only be one Creator. Allah Says (what means): "If there were in [the heavens and the earth] gods other than Allah, [the heavens and earth] would surely have been disordered." [Quran 21:22] Allah Says (what means): "Allah has not taken a son, nor is there any god with Him, for in that case, each god would assuredly have championed that which he created, and some of them would surely have overcome others. Glorified be Allah above that which they allege!" [Quran, 23:91] Further, this one and only Creator cannot possibly resemble creation. Allah Says (what means): "Is, then, He Who creates, like he who does not create? Do you not reflect?" [Quran 16:17]

We witness and experience the answering of prayers, and this in itself indicates the existence of Allah. Allah Says (what means): "When you sought help of your Lord, and He answered you."[Quran 8:9] Al-Bukhari and Muslim

) to pray for rain, since crops were perishing and people were starving. The prophet

prayed to Allah for rain, and almost immediately clouds began to gather and it began raining heavily. Also in this category of evidence are the miracles which people witness at the hands of their prophets, including the splitting of the moon by Muhammad (

), and the enduring miracle of the Quran.

Finally, we should bear in mind that abundant as the proofs may be, they are only of avail to those who honestly and sincerely search for the truth. As for those obdurate ones who simply refuse to believe, they will not cease their idle disputation. Allah Says (what means): "And they say, 'Our hearts are in a covering from that to which you call us, and in our ears is a deafness, and between us and you is a veil, so act, we [also] are acting." [Quran 41:5] Allah Says (what means): "Those against whom the decree of your Lord has been verified, will not believe, although every sign should come to them, until they see the painful punishment." [Quran 10:96-97]