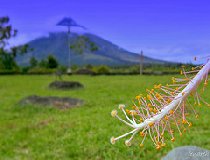 In the Quran, it is mentioned that the unbelievers are the people who does not recognize and appreciate the signs of Allah. The significance of a believer is his ability to see those signs and proofs. They know that these are not created in vain; they can realize the power and great art of Allah everywhere and find ways to appraise Him. About such people Allah Almighty Says (what means): "Who remember Allah while standing or sitting or [lying] on their sides and give thought to the creation of the heavens and the earth, [saying], 'Our Lord, You did not create this aimlessly; exalted are You [above such a thing]; then protect us from the punishment of the Fire.'"[Quran 3:191]