Let Those who have Dead Hearts Rejoice - II 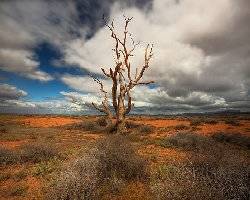 Reflect on the meaning of the following Hadeeth (narration). The Prophet,

So, the man set out, but when he was halfway there, the angel of death came to him, and the angels of mercy and the angels of torment began to argue over him. The angels of mercy said, 'He had repented and headed wholeheartedly to Allah.' The angels of torment said, 'He never did any good thing.' An angel in human form came to them and they asked him to decide the matter. He said, 'Measure the distance between the two lands (his home town and the town he was heading for), and to whichever of the two he is closer is the one to which he belongs.' So they measured the distance and found that he was closer to the town for which he was heading, so the angels of mercy took him." Qataadah said,"Al-Hasan mentioned that the man, while dying, turned his chest towards that village (where he had hoped his repentance would be accepted)." [Al-Bukhari and Muslim]

Scholars mentioned many benefits in this noble Hadeeth. The following points show these benefits:
1- He killed ninety-nine persons:
Do you think that such a person had a healthy or sick heart? He killed the monk to whom he came to ask about repentance. He was pathologically bent upon killing. After killing the monk, he did not experience the least feeling of regret for his action. Strangely, he killed the monk and then went out asking about the most knowledgeable person on earth. He was still looking for repentance. He took a decisive decision to revive his heart. His decision was subject to neither delay nor change whatever the reason may be. He was determined to revive his dead heart.
Do you not wonder how he did not even stop for a moment after killing the monk to say to himself, "You have been disobedient (to Allah) again. You have done what you used to do. You will never repent and Allah will not accept you!" He did not utter these frustrated remarks. Rather, he moved forward looking for his goal, which was repentance.
2- Repentance wipes out even the gravest of major sins:
This story stands as great evidence that Allah The Almighty accepts repentance from a wrongdoer, even if his sins are grave. Having a sincere intention to repent is the crucial factor here.
This is also supported by evidence from the Quran and the Sunnah. Allah The Almighty says (what means): {Say, "O My servants who have transgressed against themselves [by sinning], do not despair of the Mercy of Allah. Indeed, Allah forgives all sins. Indeed, it is He who is the Forgiving, the Merciful."} [Quran 39: 53]
Abu Hurayrah, may Allah be pleased with him, narrated that the Messenger of Allah,

, said: "By the One in whose Hand my soul is, if you were not to commit sins Allah would remove you and replace you withpeople who would commit sins and then ask for forgiveness, and He would grant them forgiveness." [Muslim]
3- The vastness of the Mercy of Allah and the danger of despairing of it:
The story with its several narrations indicates that the Mercy of Allah is vast and that it overcomes His wrath. It also indicates that when the slave of Allah sincerely repents to Him, not only does Allah The Almighty accept his repentance but He also grants him success and guidance to the straight path. The other narrations of the story indicate that Divine Care played a role which signifies the vastness of the Mercy of Allah and His Bounty on the repentant slave.
Another narration reads: "Allah ordered the land (towards which he was going) to come closer to him, and ordered the land (from whence he had come), to go far away, and then He ordered the angels to measure the distances between his body and the two towns. He was found to be one span closer to the village (he was going to). So he was forgiven." [Al-Bukhari and Muslim]
Ordering the town (towards which he was going) to come closer and ordering the town (whence he had come) to go far away indicates that Allah The Almighty not only accepts repentance from His slaves, but He also gives them of His bounty.
In a Hadeeth Qudsi (sacred narration), Abu Hurayrah, may Allah be pleased with him, narrated that the Prophet,

, quoted Allah The Almighty as saying: "I am just as My slave believes Me to be, and I am with him when He remembers Me. So if he remembers Me within himself, I too remember him within Myself. If he remembers Me in a group of people then I remember him in a group that is better than them. If he comes one span nearer to Me then I go one cubit nearer to him; if he comes one cubit nearer to Me then I go a distance of two outstretched arms nearer to him; and if he comes to Me walking then I go to him running." [Al-Bukhari and Muslim]
Commenting on the verse, Ibn ‘Abbaas, may Allah be pleased with him, said,
Allah invites all to His Forgiveness; those who claim that the Christ is Allah, those who claim that the Christ is the son of Allah, those who claim that ‘Uzayr is the son of Allah, those who claim that Allah is poor, those who claim that the Hand of Allah is tied up, and those who say that Allah is the third of three (Trinity). Allah says to all of these (what means):{So will they not repent to Allah and seek His Forgiveness? And Allah is Forgiving and Merciful.}[Quran 5: 74] He calls to repentance the one who says something even worse than that, the one who says (what means):{"I am your most exalted lord."}[Quran 79: 24] and (what means): {I have not known you to have a god other than me.}[Quran 28: 38]
Ibn ‘Abbaas, may Allah be pleased with him, added, "Anyone who makes the slaves of Allah despair of His Mercy after this has rejected the Book of Allah."[Tafseer Ibn Katheer]
If you think that your heart is dead and that it will never revive, then what about the hearts of the disbelievers and atheists which are destroyed with denial of the existence of Allah The Almighty?
Let us try to revive our dead hearts.

Let Those who have Dead Hearts Rejoice - I