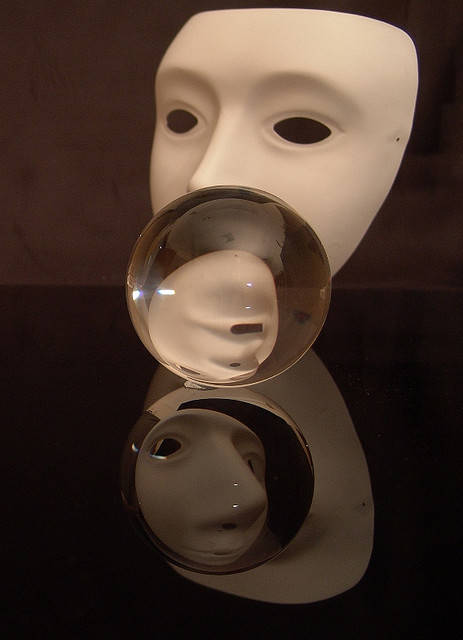 Hypocrisy is a chronic disease and a dangerous moral deviation in the life of individuals, communities and nations. Its danger is great and the hypocrites are the cause of this great evil. This danger is clearly noticeable when the destructive consequences of hypocrisy afflict the entire Ummah (Muslim nation) and the charitable reform movements in particular, as the hypocrite causes their fatal internal destruction, whilst he is safe and unwatched. No one expects his slyness and plotting since he is considered a Muslim whose name, appearance and speech is like that of any other Muslim. Scrutinizing the essence of hypocrisy, you will find it a satanic combination that comprises severe cowardice, greed for the immediate pleasures of this worldly life, denial of truth and lying. Of course, one can imagine the evil effects of such a combination. The linguistic meaning of hypocrisy implies deception, cunning, showing outward goodness and concealing evil.

Forms of Hypocrisy
Many scholars mentioned that hypocrisy is divided into two types:
1- Hypocrisy in Belief: Some scholars call this form of hypocrisy "Major Hypocrisy". Al-Hafith ibn Hajar

explained it as follows, “It is when the person shows his belief in Allah, His angels, His books, His messengers and the Last Day, but conceals what contradicts some or all of this.” He added, “This was the type of hypocrisy that prevailed during the time of the Prophet

. In the Quran, Allah The Exalted dispraises such hypocrites and brands them as disbelievers. The Quran also mentions that they will be destined to be in the lowest depths of Hell. Allah The Almighty Says (what means): {Indeed, the hypocrites will be in the lowest depths of the Fire - and never will you find for them a helper.} [Quran 4:145]”
2- Hypocrisy in Action: Some scholars call this form "Minor Hypocrisy". It is when the person has some of the manners of the hypocrites such as lying and slackness in performing prayers; however, he still believes in Allah The Almighty, His Messenger,

and the Last Day. It was narrated in a Hadeeth that the Prophet,

, said: “The signs of the hypocrite are three: Whenever he speaks, he tells lies; whenever he makes a promise, he breaks it; and whenever he is entrusted with something, he betrays the trust.” In another Hadeeth, it was narrated that the Prophet,

, said: “The most burdensome prayers for the hypocrites are the ‘Ishaa’ prayer and the Fajr prayer. If they were to know what these two prayers include [of goodness], they would come to them, even if they had to do so crawling.”
Dominant Characteristics of the Hypocrites
Hypocrites are known for many characteristics which we will only briefly mention as elaboration needs many books to expose their real qualities:
1-      They say with their tongues what is not in their hearts, as Allah The Almighty Says (what means): {And of the people are some who say: “We believe in Allah and the Last Day,” but they are not believers.} [Quran 2:8]
2-      They deceive the believers, as Allah the Almighty Says (what means): {They [think to] deceive Allah and those who believe, but they deceive not except themselves and perceive [it] not.} [Quran 2:9]
3-      They cause corruption on earth by means of both their speech and their actions. Concerning this point Allah The Almighty Says (what means): {Unquestionably, it is they who are the corrupters, but they perceive [it] not.} [Quran 2:12]
4-      They mock the believers. Allah The Almighty Says (what means): {And when they meet those who believe, they say: “We believe”; but when they are alone with their evil ones, they say: “Indeed, we are with you; we were only mockers.” [But] Allah mocks them and prolongs them in their transgression [while] they wander blindly.} [Quran 2:14-15]
5-      They falsely swear in order to conceal their crimes. Allah The Almighty Says (what means): {They have taken their oaths as a cover, so they averted [people] from the way of Allah. Indeed, it was evil that they were doing.} [Quran 63:2]
6-      Having allegiance towards the disbelievers and supporting them against the believers. Allah The Almighty Says (what means):
·        {Give tidings to the hypocrites that there is for them a painful punishment - Those who take disbelievers as allies instead of the believers. Do they seek with them honor [through power]? But indeed, honor belongs to Allah entirely. And it has already come down to you in the Book that when you hear the verses of Allah [recited], they are denied [by them] and ridiculed; so do not sit with them until they enter into another conversation. Indeed, you would then be like them. Indeed Allah will gather the hypocrites and disbelievers in Hell all together}[Quran 4:138-140]
·        {Have you not considered those who practice hypocrisy, saying to their brothers who have disbelieved among the People of the Scripture: “If you are expelled, we will surely leave with you, and we will not obey, in regard to you, anyone - ever; and if you are fought, we will surely aid you.” But Allah testifies that they are liars. If they are expelled, they will not leave with them, and if they are fought, they will not aid them. And [even] if they should aid them, they will surely turn their backs; then [thereafter] they will not be aided.} [Quran 59:11-12]
7-      Making efforts to dishearten and disappoint the believers. In this respect, Allah The Almighty Says (what means): {And [remember] when the hypocrites and those in whose hearts is disease said: “Allah and His Messenger did not promise us except delusion,” And when a faction of them said: “O people of Yathrib, there is no stability for you [here], so return [home].” And a party of them asked permission of the Prophet, saying: “Indeed, our houses are unprotected,” while they were not exposed. They did not intend except to flee. And if they had been entered upon from all its [surrounding] regions and Fitnah [tribulation] had been demanded of them, they would have done it and not hesitated over it except briefly. And they had already promised Allah before not to turn their backs and flee. And ever is the promise to Allah [that about which one will be] questioned. Say, [O Muhammad]: “Never will fleeing benefit you if you should flee from death or killing; and then [if you did], you would not be given enjoyment [of life] except for a little.” Say: “Who is it that can protect you from Allah if He intends for you an ill or intends for you a mercy?” And they will not find for themselves besides Allah any protector or any helper. Already Allah knows the hinderers among you and those [hypocrites] who say to their brothers: “Come to us,” and do not go to battle, except for a few.} [Quran 33:12-18]
8-      Conspiring against the believers or participating in such matters. The books of history are full of incidents that show their plotting against the Muslim Ummah, and our current situation also proves this fact. The conspiracies of the hypocrites were also the cause of many Mujahids (holy warriors) being captured by the disbelievers and the other enemies of Islam in Palestine, Chechnya or other places.
9-      Referring legislation to other than Allah and His Messenger,

, where Allah The Almighty Says (what means): {Have you not seen those who claim to have believed in what was revealed to you, [O Muhammad], and what was revealed before you? They wish to refer legislation to Taghoot [false judges] while they were commanded to reject it; and Satan wishes to lead them far astray. And when it is said to them: “Come to what Allah has revealed and to the Messenger,” you see the hypocrites turning away from you in aversion. So how [will it be] when disaster strikes them because of what their hands have put forth and then they come to you swearing by Allah: “We intended nothing but good conduct and accommodation.” Those are the ones of whom Allah knows what is in their hearts, so turn away from them but admonish them and speak to them a far-reaching word.} [Quran 4:60-63]
Such is the state of the hypocrites when they reject the legislation of Allah and His Messenger,

, and their hypocrisy is revealed before others. When this happens, they invent false and fabricated excuses and falsely swear in order to acquit themselves. They say: “We did not intend to contradict the Messenger of Allah,

, in his judgment; we only meant to settle and reconcile the two parties and we wanted to be good to them both.” Strangely, when they find the judgment in their favor, they accept it; otherwise, they turn away. Allah The Almighty has informed us about this where He Says (what means): {But the hypocrites say: “We have believed in Allah and in the Messenger, and we obey”; then a party of them turns away after that. And those are not believers. And when they are called to [the words of] Allah and His Messenger to judge between them, at once a party of them turns aside [in refusal]. But if the right is theirs, they come to him in prompt obedience. Is there disease in their hearts? Or have they doubted? Or do they fear that Allah will be unjust to them, or His Messenger? Rather, it is they who are the wrongdoers.} [Quran 24:47-50]
10- Defaming the believers and doubting the intentions of the obedient is another of their sly characteristics. Allah The Almighty Says (what means): {Those who criticize the contributors among the believers concerning [their] charities and [criticize] the ones who find nothing [to spend] except their effort, so they ridicule them - Allah will ridicule them, and they will have a painful punishment.} [Quran 9:79]
They do not know sincerity or feel in their hearts the true meaning of worshipping Allah The Almighty. Therefore, they think that both the believers and the hypocrites are alike, and that their righteous deeds are only for the sake of worldly gains. In their view, an actress who repents must have received millions in return for this and the Mujahids are simply failures in life who choose to commit suicide.
Finally, it should be noted that the aforementioned characteristics of the hypocrites are just a few of the many other traits that could have been mentioned later. May Allah grant us all refuge against hypocrisy, and protect the Ummah (Nation) from the evil of the hypocrites.