Prohibited Acts in the City of the Prophet 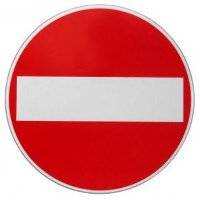 Shirk is of two types:

Major Shirk: This kind takes a person out of the fold of Islam, such as:

* Supplicating to other than Allah The Almighty i.e., going to the grave of a righteous person and saying, “So and so, intercede for me, cure my sick relatives,” etc.

* Slaughtering for other than Allah The Almighty i.e., for Jinns, Satan, Prophets or righteous people at their graves.

* Seeking judgment from other than Allah The Almighty and His Messenger.

* Wearing an amulet on the neck or wrist, or on children, or in the house or car and believing that it brings good luck.

Minor Shirk: A great sin but which does not take a person out of the fold of Islam, such as:

* Showing off (i.e., doing good deeds for show), as the Prophet

said: “‘The thing that I fear most for you is minor Shirk.’ When he

was asked to clarify what this was, he said: ‘Showing off.’” [Ahmad]

* Making an oath by other than Allah The Almighty, i.e., by the Prophet

said: “Whoever makes an oath by other than Allah has committed Shirk or infidelity.” [Abu Daawood and Ahmad]

* Saying, "Whatever Allah wills and what you will." Huthayfah

Second: No act of worship is acceptable to Allah The Almighty unless it has fulfilled with the following three conditions:

* Being a Muslim: no act of worship is accepted from any non-Muslim.

* Sincerity: an act of worship which includes Shirk (whether major or minor) is nullified.

* Following the way of the Prophet

: for example, someone who prays a sixth daily prayer or prays Thuhr as five Rak’ahs is an innovator whose deed is rejected and has committed a sin, even if he is sincere in doing this and claims only to be doing an extra good deed. The Prophet

said: “He who does a deed which is not upon that which we are upon will have it rejected.” [Muslim] True love of the Prophet

is reflected by following his Sunnah, obeying his commands, believing in all that he came with and conveyed, refraining from all that he prohibited, and imitating him in all that he said and did.

Third: There are some prohibitions which have now become widespread and which Muslims must beware of:

* Delaying prayer from its designated time, which is a great major sin.

* Abandoning prayer with the congregation, especially Fajr and ‘Asr.

* Seeking blessings through unlawful means i.e., the grave of the Prophet

and those of righteous people.

* Earning ill-gotten wealth by means of interest, theft or cheating.

* Adultery and fornication, and whatever leads to them.

* Being undutiful to parents and severing ties of kinship.

* Women not wearing Hijaab (Islamic attire) and exposing their hair or parts of their body in front of men.