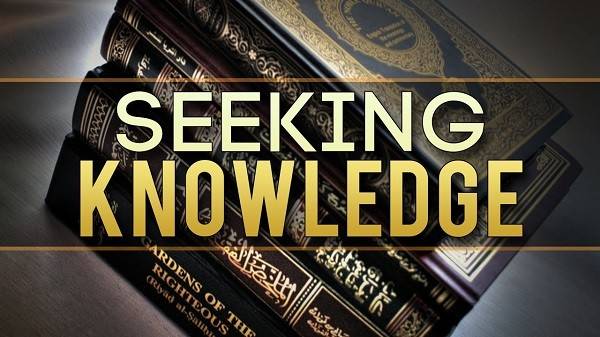 {So know [O Muhammad] that there is no deity except Allah and ask forgiveness for your sin and for the believing men and believing women. And Allah knows of your movement and your resting place.} [Quran 47: 19]

said, “The best among you are those who learn Quran and teach it to others.” [Al-Bukhari]

The one for whom Allah intends good, He gives him understanding of the religion. And I am only the distributor, while Allah is the Bestower. There shall remain a group of my Ummah victorious over those who contradict them until the command of Allah Almighty comes while they are victorious. [Al-Bukhari and Muslim]