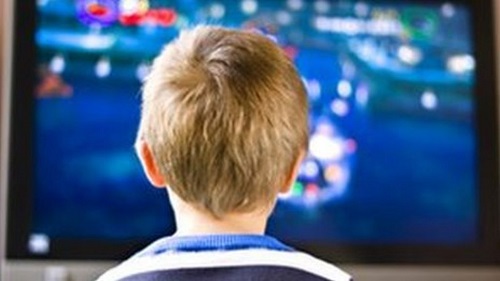 At the beginning of the Eighties, the remarkable advances in science and technology and computer use gave rise to electronic games (e-games), and they became everyone’s center of attention very soon. By the turn of the century, e-games had become a widely spread model for entertainment different from all the recreational games that predated them. They were characterized by several distinctive features, including diversity; there are action games, intelligence-boosting games, educational games, and many others. They also target all ages and groups besides the youngsters and children, and more importantly engage the players and make them part of the game. This feature strongly appeals to children, adolescents and youth because it requires the player to focus, be constantly attentive, listen carefully and fully interact with the events of the game intellectually and emotionally, so much so that the player feels fully engaged as if he is actually inside the game, involved and immersed in the events, and that he is the most important element in the game.

The platforms on which these games are played are many, including mobile phones, computers, the Internet kiosks (online gaming consoles), and other electronic devices for playing games.

With the beginning of this century, e-games witnessed rapid successive developments and became part of the daily routine of children and adolescents. The players became active interactors and effective participants in the management of the games. Famous examples of such e-games are 'Fortnite' and 'PUBG'.

The effects of e-games on children and adolescents as well as their infatuation with them and immersion in the virtual world have aroused the concern of specialists in the fields of human, social and psychological behavior. Numerous studies have been conducted to investigate the psychological and physical effects of e-games on children, exploring the positive and negative aspects of that strong bond between the two parties: the child and the game.

The Pros of Electronic Games

Just as they have harms, e-games have benefits as well, including the following:

1- They play an educational role by helping children learn new concepts and information.

2- They improve the players’ set of skills by enhancing intelligence and quick thinking; e-games incorporate riddles that require intellectual skills to be solved.

The Cons of Electronic Games

First: At the psychological level

1- They promote violence and criminal behavior in children

2- They instil within children selfishness and self-centredness

Second: At the social level

2- They cause children to remain in social isolation from others

4- They cause significant surges in theft and murder rates

5- They normalize physical assault and rape

6- They drive children to distance themselves from the family

7- They undermine the children’s relationship with their parents

Third: At the health level

2- They cause mental disorders

The British 'Daily Mirror' Magazine published scientific studies conducted by the Norwegian University on the effects of electronic games on the children’s ability to interact with people and the environment around them and such effects varied according to the gender of the child. The studies examined 870 children between the ages of 6-12, and the parents, mentors, and educators participating in the research noted the different impact of e-games on male and female children. They noticed that male players were not affected at the social level and were able to establish and maintain social relationships. Meanwhile, the female players at the age of 10 years old who spent long times playing e-games showed weakness in social communication. The study estimated that they lag about two years behind their female peers who spent less time playing those games. The study also showed that female players are significantly more affected than male players, and this makes them more vulnerable to social isolation in later periods of their lives.

Betty Wold Hegen, a researcher at the Norwegian University of Science and Technology (NTNU), who participated in the study that aimed to understand the impact of video games on the development of the child’s personality, explained that playing games is not a problem in and of itself, but rather spending too much time playing video games is the problem.

Finally, we should stand in the face of this torrent that destroys many human values ​​and principles and aims to instill alien values that ​​ contravene our true religion. We have all seen and witnessed the manipulation of the minds, souls, and morals of our children by exposing them to ugly immoral scenes, pornographic clips, and deviant behaviors through these games, despite their positive aspects. It was narrated on the authority of Abu Hurayrah

said: “Wisdom is the sought-after treasure of a believer; wherever he finds it, he has more right to it.” It is no secret for any sane person that the consequent psychological and social effects of such manipulation destroy the children’s characters, cause them to develop introverted personalities, fall into depression, be vulnerable to engage in criminal behavior and practice violence, and get used to the scenes of destruction and blood.

Protecting our sons and daughters, who are the foundations of the society and the future leaders, is a shared responsibility of all concerned parties and institutions: home, school, society, and government. It is the duty of every individual and institution to protect children from themselves and from whoever tries to reduce them to unstable useless freaks, and rather mere insignificant forms of life controlled by lifeless modern material technology.

It is the responsibility of the parents to monitor, direct and teach their children how to avail themselves of the benefits of these games in boosting their mental and intellectual skills, enhance their memories and personalities, and avoid the negative and immoral aspects, especially violence and criminal behavior. Shouldering this responsibility is not optional; Allah, the Exalted, Says (what means): {O you who have believed, protect yourselves and your families from a Fire whose fuel is people and stones, over which are [appointed] angels, harsh and severe; they do not disobey Allah in what He commands them but do what they are commanded.} [Quran 66:6]

It was narrated on the authority of ‘Abdullah Ibn ‘Umar

Measures to Avoid the Harms of Electronic Games

7- They should urge him to engage in activities that develop his talents, like drawing, because it boosts his imagination and creativity