The establishment of the first Islamic state -I (may Allah exalt his mention) arrived in Al-Madeenah on Friday, Rabee’ Al-Awwal 12, 1 AH, i.e. September 27, 622 CE and took the lower portion of the house of Abu Ayyoob, may Allah be pleased with him, as a temporary residence.

The first task to which the Prophet

attended on his arrival in Al-Madeenah was the construction of a Mosque, at the very site where his camel knelt down. The land, which belonged to two orphans, was purchased. The Prophet

himself contributed to building the Mosque by carrying adobe bricks and stones.

The ground was cleared of weeds and shrubs, palm trees and rubbish; the graves of the polytheists were dug up and then leveled, and trees were planted. The Qiblah (the direction in which the Muslims turn their faces in prayer) was constructed to face ; two beams were also erected to support the ceiling. It was square in form, each side measuring approximately 100 yards, facing towards the north and having three gates on each of the remaining sides. Nearby, rooms reserved for the household of the Prophet

were built of stones and adobe bricks with ceilings of palm leaves. To the north of the Mosque, a place was reserved for the Muslims who had neither family nor home. The Athaan (summoning the Muslims to the Mosque by the call for prayer) was initiated at this early stage of the post-migration era. The Mosque was not merely a locus to perform prayers, but rather a place where the Muslims were taught the doctrines of Islam. It served as a place of assembly and was the headquarters wherein all the affairs of the Muslims were administered, and consultative and executive councils held.

The Mosque being thus constructed, the first objective of the Prophet

was to establish law and order and good mutual relations among the people. He felt right away that the Muhaajireen had come from Makkah and so they must not become a source of constant mental stress for the people of Al-Madeenah. However, he was equally conscious of the stark reality that the Muhaajireen had migrated from Makkah sacrificing everything for their faith -- their homes, motherland, relatives, wealth, property, family and clan. They should be treated in a manner that they were not overtaken by a deep sense of loss, dejection and frustration. Thus, the Prophet

It was indeed unique in the history of the world. A gathering of 90 men, half of whom were Emigrants and the others Helpers assembled in the house of Anas bin Maalik, may Allah be pleased with him, where the Prophet

gave the spirit of brotherhood his official blessing. When either of the two persons who had been paired as brothers, passed away, his property was inherited by his brother-in-faith. This practice continued till the following verse was revealed at the time of the battle of Badr, and the regular rule of inheritance was allowed to take its usual course (which means): "But those of (blood) relationship are more entitled (to inheritance.)" [Quran 8:75]

“was holding subordinate every distinction of race and kindred and supporting the Islamic precept: none is superior to the other except on the basis of piety and being God-fearing.”

attached to that brotherhood a valid contract; it was not just a matter of words, but a valid practice relating to blood and wealth rather than a passing whim.

The atmosphere of brotherhood infused a deep spirit of selflessness in the hearts of the Companions, and produced very healthy results. For example, Sa‘d bin Ar-Rabee‘, may Allah be pleased with him, from the Ansaar (i.e. residents of Al-Madeenah), said to his fellow brother ‘Abdur-Rahmaan bin ‘Awf, may Allah be pleased with him: “I am the richest man amongst the Helpers. I will be glad to share half of my property with you. I have two wives, I am ready to divorce one and after the expiry of her ‘Iddah, (the prescribed period for a woman divorcee to stay unmarried within her house) you may marry her." However, ‘Abdur-Rahmaan bin ‘Awf, may Allah be pleased with him, was not prepared to accept anything, neither property nor home. Instead, he blessed his brother and said: "Kindly direct me to the market so that I may make my fortune with my own hands." Soon, he prospered in his trade and got married shortly thereafter, by his own labor.

The Ansaar remained faithful to this arrangement with so much caution and sincerity, that human history is unable to give any other similar example. The Ansaar treated their Muhaajireen brothers like their own and entrusted to them their wealth and property in abundance. However, the Muhaajireen disliked being a burden on their Ansaari brothers and undertook a life of sweat and toil to shoulder their own burden. 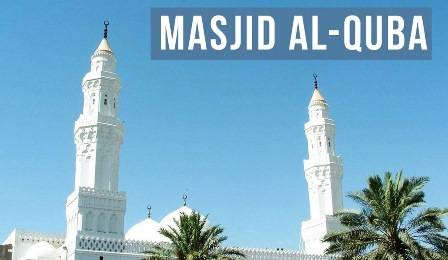