Integrity of the individual in Islam 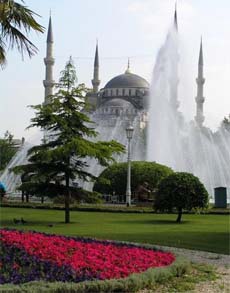 There are two concepts in Islam that, among others, define our understanding of integrity; its meaning and method of attainment. These are purity and wholeness. We find that the Islamic definition of integrity resembles the scientific and natural interpretations of the word more than the philosophical or theoretical understanding; insofar that it refers less to the consistency with which human behavior is aligned to a given moral or ethical dogma, and more to the extent to which human behavior is brought into agreement with intrinsic human nature.

The Islamic understanding of purity, unarguably, bases itself on the concept of the fitrah (natural disposition of the human being). Prophet Muhammad

(may Allah exalt his mention) referring to this natural state of the human being, said: "Every new-born child is born in a state of fitrah. Then his parents make him a Jew, a Christian or a Magian, just as an animal is born intact. Do you observe any among them that are maimed (at birth)?" [Ahmad].

All creatures, then, including human beings, are born in a state of innate purity; any subsequent defilement of that natural condition results from a variety of social influences and manipulations. It is significant that in the above hadeeth, the impurity that develops, or that is to a degree inflicted, is likened to an actual injury or deformity -- it is a disfiguration of the natural state of the human being.

Integrity in Islam refers to the restoration and maintenance of that natural and primal state of purity. Allah says (what means): "Set your face to the deen (religion of Islam) in sincerity which is Allah's fitrah upon which He created mankind. There is no changing in the creation of Allah. That is the right deen but most people know not." [Quran 30:30]. When we talk of integrity, we generally refer (at least in part) to the realization of that nature which is literally integral to our being; of being true to our intrinsic qualities and character.

It is fair to say that completeness is a theme of Islam. Prophet Muhammad

frequently employed metaphors to explain the message with which he was sent, that invoked imagery of incomplete or unfinished things being brought to completion. For instance, he

said: "My likeness and the likeness of the Prophets before me is the likeness of a person who built a house and made it complete and beautiful, except the place of a brick in a corner. So people began to go around it and wonder at it and say, "Why has not this brick been placed?" He said, "I am that brick and I am the last of the Prophets". [Muslim]. The imagery of cohesion here reinforces the words of Allah Almighty, in the Noble Quran announcing the final perfection of His Revelation to mankind, (what means): "This day I have perfected My favor upon you and have chosen for you Islam as your religion." [Quran 5:3]

Similarly, this aspect of wholeness is emphasized in varying contexts; regarding, for example the singularity of the entire Muslim Ummah (Nation) as one body, and so on. This emphasis on holistic consistency enlightens the second component of integrity in Islam.

Maintaining the purity of the fitrah becomes a complex and challenging process as we age, and our duties, relationships, psychological and emotional development become more sophisticated and varied. We must take care to ensure that the intricate self of adulthood does not become partially or wholly alienated from the natural, simpler purity present in childhood. This requires a comprehensive alignment of all areas of life; private and public behavior, social relationships, habits, disciplines etc, with a system based upon the fitrah . That is, the quintessential purity of the fitrah must be realized in the totality of one's being through adherence to the detailed guidance of Islam.

Rather than a simple adherence to a particular ethical and moral code, as mentioned, integrity in Islam indicates the fullest manifestation of human essence. The wholeness is achieved by bringing human attributes and faculties in agreement with human function and purpose. In the same way that we would refer to a perfectly shaped, smooth, circular wheel as having integrity, so Muslim integrity has to do with the extent to which the individual is actualizing in totality his or her attributes and capabilities, in accordance with the purpose for which he or she has been endowed with them: the worship of Allah.

Integrity in Islam has to do with the consistency of the individual with his or her innate purpose; the totality of the individual's life being kept in alignment with their intrinsic function. It is not merely the dogmatism of adherence to a relatively arbitrary code of conduct and behavior, but the preservation of the individual's purity and authenticity. Whereas the philosophical definition of integrity would take violation of a given code of ethics as what invalidates one's integrity; in Islam, the violation of integrity constitutes an alienation from one's nature with drastic and profound consequences that ultimately invalidate one's very life.