Prophethood: the root of the west-Islam contention 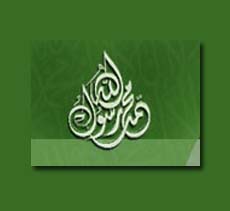 An economist had once said: "Today, the only and the biggest threat to Western civilization is the faith and commitment of the Muslims to their Prophet Muhammad

which is the source of unlimited strength for them."

Let us now briefly examine how.

1. The theoretical basis of Western civilization and the so-called modernism is that humankind has now attained intellectual maturity. It is no more dependent on any metaphysical being for knowledge and guidance. It is self-sufficient and independent of any divine source and concept, which it adopted in early days for its inner contentment.

On the contrary, the basis of prophethood is absolute knowledge and faith in the existence of the Creator (Allah, the Most High and Exalted). True knowledge and even life itself are the creation of Allah, Who is the only Creator, the Sole Sustainer and Healer. All authority and sovereign powers belong to Him and Him alone. He is the One Who guides people and provides them with the code of life. Humankind is dependent on Him and exists under His domain as His servants. The Quran, the infallible Word of Allah, offers proofs to the disbelievers and deniers of the existence of the Creator -- materialists and naturalists -- which rational minds have no option but to affirm, and which no sound mind can possibly reject.  In the Quran, Allah, The Exalted, Says (what means):

“Or were they created by nothing, or were they the creators [of themselves]? Or did they create the heavens and the earth? Rather, they are not certain.” [Quran 52: 35-36]

The Quran says to them: You exist, and you cannot deny this; the heavens and the earth exist, beyond any doubt. It is simply common sense, to the rational mind, that the things that exist must have a cause for their existence. The camel herder in the desert knows this. He says: ''Camel dung indicates the presence of a camel and footsteps indicate that someone walked here. Similarly, the heavens with their stars and the earth with its mountains and valleys must indicate the existence of the All-Knowing, All-Aware (i.e. Allah Almighty)." The greatest scientists who research life and living beings also know this.


2. According to Western epistemology, the source of true knowledge is only the human sense of perception, its reasoning, observation, experience and scientific investigation. Obviously, the knowledge based on these sources is always hypothetical. Any statement or fact, which is proved to be true today, may be proved false tomorrow. Moreover, if any statement is unquestionable, this method does not consider it knowledge, but a ‘belief’ or ‘faith’. No such knowledge in this world can be said to be certain and ultimate, let alone taken as a yardstick for truth on which people may rely and follow for salvation.

On the contrary, the prophethood of Muhammad

develops and creates the insight and consciousness that there is an ultimate truth and the only source of it is the Divine Revelation. In turn, this proves the prophethood of Muhammad

as Almighty Allah Says about His Prophet Muhammad

The West has completely abandoned the concept of truth and falsehood. Even the use of such terminology is considered outmoded and uncivil by them. However, to the followers of the Prophet Muhammad

3. The Western view is that truth and falsehood are relative terms. Nothing can be right or wrong in itself. Thus, be it moral values, social rules, regulations or laws, good or bad, useful or harmful, Halaal (lawful) or Haraam (unlawful), everything is determined by an individual's own views and choice about it. Every individual is his own arbiter. However, to the followers of Muhammad

things and matters which have been qualified true or false; allowed or disallowed through Divine Verdict cannot be changed by a person's will, choice, experience, argument or logic.

4. Western civilization does not entertain metaphysical knowledge and its source in its theory of life. Neither does it own the concepts of Allah, the Angels, the Revelation and the life in the Hereafter.

On the contrary, the followers of Muhammad

believe that the significance and purpose of human existence can only be gathered through a revealed source. To them, the facts, which have been revealed through the prophethood of Muhammad

5. The world and the worldly life are equally important and of deep interest to both Westerners and the followers of Muhammad

. The difference lies in the objectives that are sought by them. While the main target of a Westerner is to seek happiness, comfort, enjoyment and a better quality of life, the interest of a Muslim lies in the welfare of fellow humans in order to earn salvation in the Hereafter. The latter perception brings in its fold a humble and peaceful human society.

The articles of faith

The Oneness of Divinity 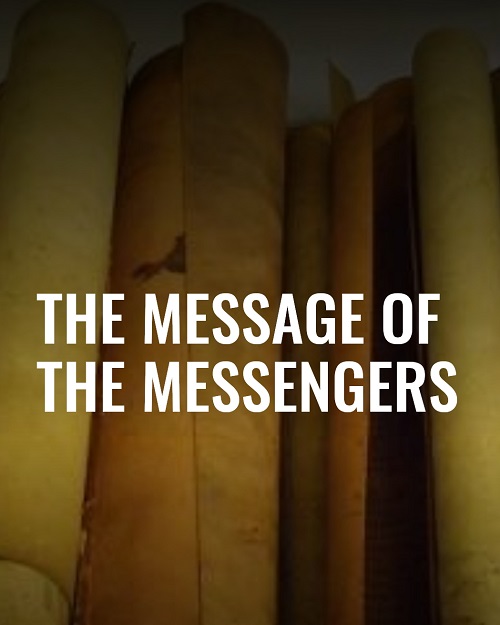 Allah, the All Wise, All Knowing, All Merciful and Just, created this Universe in order to test and examine His obedient slaves and reward them, and to punish the disobedient. He Says (what means): "We...More