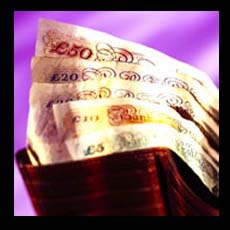 Definition: It is a postponed payment executed in a fixed number of instalments at determined times, with a price higher than the cash price.

Is such a sale allowed? Scholars have two opinions:

1-The first opinion: Many scholars of the Hanafi, Maaliki, Hanbali, and Shafi’ee schools of jurisprudence rule that it is allowed. They present the following proofs:

A- This form of sale is an example of the sales that are allowed in the Quran where Allah Says (what means): “…Allah has permitted trade and has forbidden interest…” [Quran: 2:275] And also: “…Except when it is an immediate transaction which you conduct among yourselves…” [Quran 2:282]

B- Some prophetic narrations show the permissibility of the increase above the cash price. For example, the Prophet

ordered ‘Amr bin Al-'Aas, may Allah be pleased with him, to equip an army, so ‘Amr would buy a camel for the price of two due to the payment being in instalments. [Al-Haakim & Bayhaqi]

C- In Islam, trades and transactions are generally allowed, provided they are conducted with a mutual consent of the contractors, unless the particular type of transaction is specifically forbidden by the Sharee'ah (Islamic Law). Since there is no convincing proof that this type of sale is prohibited, it remains allowed. Whoever claims otherwise has to provide proof.

2-The second opinion: This is that of Imaams Zayn Al-‘Aabideen 'Ali bin Al-Husayn and Al-Jassaas

A-   The verse where Allah Says (what means): “…Allah has permitted trade and has forbidden interest…” [Quran 2:275] means that sales that include an increase of price in exchange for deferring payments are forbidden, because they are examples of Riba (interest).

has forbidden the addition of extraneous conditions to a sale, or to have two sales in one.

C- There is an analogy of this type of sale with the case where some of the debt is forgiven when the debtor pays before the due date. This would mean that time has compensation, and this is plainly Riba.

The majority of the scholars have refuted the above proofs, presented by those who prohibit this sale, as follows:

A-To say that this type of sale is like Riba because of the increase of price is refuted. The Prophet,

has determined the cases of Riba, and some scholars have limited themselves to these cases while others have added other cases they thought were considered Riba because they fulfil the same causes. These cases are, however, the object of disagreement between the scholars. But the matter that is disagreed about in this particular case is beyond what was mentioned by the Prophet

and related cases, for it is about a sale in which the kind of merchandise and the evaluation of the price have differed.

B- To say that Riba means an increase in price is also refuted because almost every sale includes an increase in the price. The abovementioned verse [Quran: 2:275] mentions the unlawfulness of Riba in general, but the types of Riba were enumerated by the Prophet

C-  Taking as proof the Hadeeth (prophetic narration) that forbids two sales in one, or extraneous conditions in a sale, is refuted because the forbidden sales in that Hadeeth are in fact sales where either the price or the merchandise is not specified, which is not the case of the instalment sale.

In conclusion, the most acceptable opinion is the one adopted by the majority of the scholars, which allows this type of sale, because of their strong proofs and because they convincingly addressed the proofs presented by the other side. Also, the common interest of all the Muslims requires that it be accepted due to the benefit for both the buyer and the seller.

Question 1: What is the Islamic Ruling concerning the increase in the price when there is a deferred payment executed in instalments?

Answer: Payment by instalments in sales contracts is allowed if it includes legitimate conditions and permissible if the monetary amount of the instalments is defined and the times of payment are fixed; as Allah Says (what means): “O you who believe! When you contract a debt for a specified term, write it down…” [Quran 2:282] And also, due to the Hadeeth: “Whoever loaned something, let him lend it in a known measure, or a known weight, and for a fixed term.” In addition, we have the authentic story of Bareerah, may Allah be pleased with her, who emancipated herself from her masters in exchange for nine Ooqiyyaat (the plural of Ooqiyyah, one of which is equivalent to three hundred and sixty Dirhams), paying one Ooqyyah a year, and this was a payment in instalments, and the Prophet

did not condemn it; rather, he approved of it. [Shaykh Ibn Baaz]

This narration indicates that it is permissible to pay in instalments.

Hence, the scholars differed concerning the ruling on this issue. Some scholars said that it is prohibited, on the grounds that it is the same as Riba. They stated that this was due to the increase in price in return for the deferment, which is Riba. On the other hand, the majority of scholars, including the four Imaams, were of the view that it is permissible. The comments of the scholars of the four Schools of Fiqh (Islamic Jurisprudence) concerning this include the following:

·The Shaafi’ee School: “Five in cash is equivalent to six in deferred payment.” [Al-Wajeez by Al-Ghazzaali, 1/85]

Question 2: A man living in the United Sates asks if instalments used in car sales that include a fee for deferring payment is allowed. This fee increases when the buyer fails to pay on the agreed due dates.

Answer: If someone sells cars or other merchandise for a known fixed price that is payable by instalments that are fixed both in time and amount, in such a way that the price does not change when the fixed time of payment changes (i.e., payment is delayed), then this sale is allowed, for Allah Says (what means): “O you who believe! When you contract a debt for a specified term, write it down…” [Quran 2:282] But if the price of the merchandise increases if an instalment is paid after the due date, as it is understood in this question, then this is forbidden by consensus of the scholars, because this is a case of Riba, which is mentioned (and explicitly forbidden) in the Quran. [The General Committee for Religious Research, Fatawa, Da’wah, and Guidance]