Suffering in the Path of Da'wah 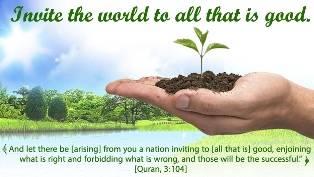 Suffering is well-nigh an inescapable phenomenon for the Islamic movement of old and new, the reason being that Islam is a call to rebel against the institutions, thoughts and customs of ignorance (pre-Islamic era) in all its forms and shapes. This characteristic which distinguishes Islam has made the Islamic movement more susceptible to suffering.

Suffering is one of the most important factors of character-building and selection in Islam. Theoretic training may have no value as long as hardship and trial do not accompany it. Even faith is in need of suffering to probe its depths and measure its extents. Allah, the Most Exalted, Says in the Quran (what means):

“And of the people are some who say, “We believe in Allah,” but when one [of them] is harmed for [the cause of] Allah, they consider the trial [i.e. harm] of the people as [if it were] the punishment of Allah. But if victory comes from your Lord, they say, “Indeed, We were with you.” Is not Allah most knowing of what is within the breasts of the worlds [i.e. all creatures]? And Allah will surely make evident those who believe, and He will surely make evident the hypocrites.” [Quran 29:10-11]

Thus, every claim must have its proof, and faith is a claim which needs proof. Steadfastness in times of hardship is a manifestation of faith and it is also the proof of its existence and its firmness. Almighty Allah Says (what means): “Do the people think that they will be left to say, We believe and they will not be tried? But We have certainly tried those before them, and Allah will surely make evident those who are truthful, and He will surely make evident the liars.….” [Quran 29:2-3]

Thus was the decree of Allah: that the truth should be in eternal conflict with falsehood, and every time a ray of light emerges, the forces of darkness gather to extinguish it. Allah, The Exalted Says (what means): “They want to extinguish the light of Allah with their mouths, but Allah will perfect His light, although the disbelievers dislike it.” [Quran 61:8]

Since the beginning of the creation and the first of Prophets (may Allah exalt their mention), since the birth of good and evil, the struggle between the two has been violent and frightful. But the reality which keeps on recurring and which appears clear is that truth is always victorious and falsehood ever fading. Allah Almighty Says (what means):

“And Our word [i.e. decree] has already preceded for Our servants, the messengers. [That] indeed, they would be those given victory. And [that] indeed, Our soldiers [i.e. the believers] will be those who overcome.” [Quran 37:171-173]

Some of the people may come to the Daa'iyah (caller to Islam) and say, “You're doing tremendous work, persisting day and night. But the end result is little and the people are abandoning you. Yet you see the reasons that devastation and destruction overwhelm the majority of them." This begins to ruin in an hour what the Daa'iyah builds in a year!

Such talk may influence many who are not used to steep roads. Here lies the role of patience. Being hasty in picking the fruit of Da'wah (call to Islam) is not conformable to patience which must be a characteristic of the Daai`yah. The Daa'iyah may be in a certain place, a school or institute, he is forbidding the forbidden, spreading the Da'wah and speaking to many people, but he won't notice the change himself, because it is coming gradually. Just as the father does not notice the growth of his child whom he sees every morning and evening! He is growing gradually! How many Du'aat (callers to Islam) deserted a certain place thinking that he'd had no influence, but after he left, his absence became noticeable, and his influence then appeared.

So, the Daa'iyah should not rush the results and the fruits of the Da'wah, but he should strive and depend upon Allah, The Exalted, and realize that according to the logical settled experience from the historical aspect, and the realistic aspect, that any truthful effort expended will yield fruit. Because it hasn't happened that when a person gave Da'wah, nobody at all responded to him, or when he advised, nobody at all took his advice, or when a scholar sat down teaching, nobody at all came to learn. Every Daa'iyah will find a respondent. For things have not yet reached what Prophet Muhammad

warned us of concerning submissiveness to greed (stinginess), pursuit of desires, influence of the worldly life, and admiration of one's opinion. This has not yet happened to the entire Muslim nation. It may be soon an individual level or in a specific region, but there remain many who respond and accept the Da'wah, or listen to the advice of the advisor, provided that he speaks with knowledge and wisdom. 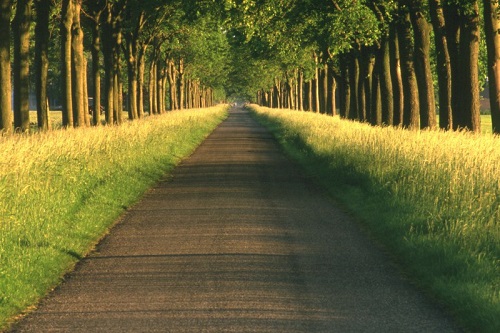 Author: Mahmoud Mohamed Shaker / Source: From the book of 'Group of Articles' Since Islam religion was revealed on Earth, it spread north, south, east, and west, crossing the boundaries of the surrounding...More