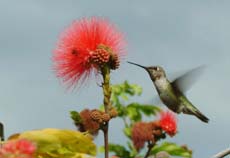 "And I bestowed upon you love from Me that you would be brought up under My eye [i.e. observation and care]." [Quran 20:39]

Prophet Moosa was brought up by Allah Himself and prepared for the mission of Messengership. Therefore, it is inconceivable that he may have committed a sin at any time in his life.

The same is true of all the other Prophets, may Allah exalt their mention. For example, Prophet Muhammad

"Satan could not touch 'Eesa (Jesus) and his mother at his birth. Jesus was protected from birth until his elevation to the Presence of Allah, as we also read in the Quran (what means):

"So she [(Mariam (Mary)] pointed to him. They said, “How can we speak to one who is in the cradle a child?” ['Eesa] said, “Indeed, I am the servant of Allah. He has given me the Scripture and made me a prophet. And He has made me blessed wherever I am and has enjoined upon me prayer and Zakah (poor-due) as long as I remain alive. And [made me] dutiful to my mother, and He has not made me a wretched tyrant. And peace is on me the day I was born and the day I will die and the day I am raised alive.” [Quran 19: 29-33]

'Eesa, like all the other Prophets, was protected from all kinds of sin from his birth. Prophet Muhammad

intended in his childhood to attend two wedding ceremonies at different times but, on each occasion, he was overpowered by sleep which prevented him from attending. [Ibn Katheer, Al-Bidayah, vol. 2, p.350-1]

Likewise, in his youth, he helped his uncles with the restoration of the Ka’bah (Sacred House in Makkah) by carrying stones. Since the stones hurt his shoulders, his uncle, Al-‘Abbas

advised him to hoist the garment covering the lower part of his body, onto his shoulder to carry the stones on. He just did what he was advised to do, leaving some of the upper part of his legs uncovered, when he fell on his back with his eyes staring fixedly. An angel appeared and warned him that what he had done was improper, saying: 'This is not befitting for you.' [Al-Bukhari]

For the day was to come when he would order people to be well-mannered and observe divinely ordained standards of conduct, including covering the thighs.

says that all the children of Adam make faults and err, and the best of those who make faults and err are the repentant. [At-Tirmithi]  This implies that man is fallible by nature, but it does not mean that all of mankind are ‘condemned’ to erring howsoever. Whether by Allah’s Will and special protection or, as will be explained below, by His showing the way to be free from errors or sins, even the greatest of Imams (religious leaders or scholars) who continue the Prophetic mission of guiding people may be infallible to some degree.

Allah promises to protect the believers who fear Him, and to endow them with sound judgment to enable them to distinguish between truth and falsehood, and between right and wrong. Allah, the Most Exalted, Says (what means):

"And know that your properties and your children are but a trial and that Allah has with Him a great reward." [Quran 8.29]

Allah made a covenant with the believers that if they obey Him, assist His cause and strive to exalt His Word, by proclaiming His religion, He will help them and make their feet firm in the religion, protecting them against all kinds of deviation." [Quran 47.7] Allah’s protection of believers from their enemies and against committing sins has been made dependent on their support of Islam and struggle to spread it all over the world so that only Allah is worshipped and no partners are associated with Him either in belief or worship or the creation and rule of the universe. If believers fulfill their covenant with Allah, Allah will fulfill His covenant with them [Quran 2.40].  If, by contrast, they break their promise, Allah will not make them successful [Quran17.8]

Allah protects His servants against sins in different ways. He may put some obstacles in their way to sins so they do not sin, or He may establish a ‘warner’ in their hearts, or, if all the other means prove of no use, He may cause, for example, their legs to be broken or their hands unable to hold or grasp. Or He may warn one by putting a verse in his mouth, as He did with a young man during the Caliphate of ‘Umar

The young man was so strict and attentive in his worship that he performed all his prayers in the mosque. A woman lived on his way to the mosque and tried her hardest for several days to seduce him into making love with her. Although the young man resisted her alluring gestures, the moment came when he took a few steps towards the woman’s house. Just at this point, he felt he was reciting this verse (which means):

"Indeed, those who fear Allah — when an impulse touches them from Satan they remember [Him-Allah] and at once they have insight." [Quran 7.201]

In the face of this Divine warning, the young man was so ashamed before Allah of what he was about to do, and felt so overwhelmed by his Compassionate Lord’s preventing him from committing a sin, that he died. When ‘Umar was informed of the incident a few days later, he went to his grave and shouted: ‘O young man! "For him who fears the time when he will stand before his Lord, there will be two gardens!" [Quran 55.46] A voice from the grave, whether belonging to the young man himself or an angel on his behalf, replied: ‘O Commander of the Believers: Allah has granted me the double of what you say!' [Tafseer Ibn Katheer, vol. 3, p. 539]

This is Allah’s protection of His sincere servants. He says in one of His Revelations outside the Quran (Hadeeth Qudsi):

All the Prophets were infallible. They never committed a sin, minor or major, and their lives were spent doing virtuous deeds.

Infallibility of the Prophets -I