Despite Obstacles, Islam Continues to Spread 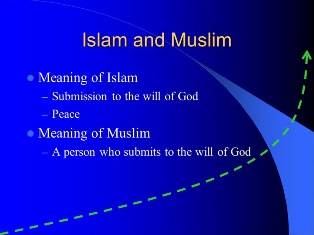 Since the advent of Islam, as the final and all-compassing Message to mankind up to the moment, its adversaries left no opportunity to thwart it and curb its followers. Right from day one, they did their level best to kill it in the bud using different ways.

Due to the fact that this new religion holds all people equal in terms of rights, duties, human value, etc, regardless of their ethnic, social or economic backgrounds, the rich and leading figures in Makkah, fearing lest they would lose their prestige and wealth, stood adamantly in the face of the then nascent Message. They tried to put different kinds of obstacles to hinder the spread of Islam, in feverish attempts to maintain their positions and prevent any sort of threat to their interests.

In their war against Islam, they tried many kinds of weapons: bodily torture, economic sanctions, false propaganda, and financial seduction, none of which was of any fruit.

With the Help of Allah, the Most Exalted, then the will, patience and perseverance of Prophet Muhammad

and his faithful companions, may Allah be pleased with them, Islam could successfully pass all those hard tests. It survived all the hardships and expanded its span to include not only the Arabian Peninsula, rather spacious lands outside it.

By the tenth century, Islam became the main religion, or at least, the religion of the majority of nations in an area covering more than half of the civilized world stretching over three continents from the Pyrenees and Siberia in West and North Europe to the farthest end of Asia, up to China and New Guinea in the East; from Morocco in North Africa to the southern tip of Africa, covering two-thirds of the African continent.

It is one of the most striking facts of human history that the spread of Islam over such a vast area took place within three centuries. Most striking of all, within half a century after the Hijrah (Prophet Muhammad's

Migration from Makkah to Al-Madeenah), Islam had already conquered the whole of North Africa from Egypt to Morocco, all the Middle Eastern lands from Yemen to Caucasia and from Egypt to the lands beyond Transoxiana (portion of Central Asia corresponding approximately with modern-day Uzbekistan and southwest Kazakhstan).

There are many reasons why nations have been, from past to the present, so ready to embrace Islam, what is pointed out by Muhammad Asad, a Jewish convert to Islam, probably being the foremost:

“Islam appears to me like a perfect work of architecture. All its parts are harmoniously conceived to complement and support each other, nothing lacking, with the result of an absolute balance and solid composure. Everything in the teaching and postulate of Islam is in its proper place.” [Islam at the Crossroads, p.5]

Most of Western writers, especially those under the influence of the Church, have never failed to accuse Islam of spreading by the sword. The causes of this prejudice lie mainly in the fact that the spread of Islam has often occurred at the expense of Christianity. While Islam has, for centuries, obtained numerous conversions from Christianity without much effort or organized missionary activities, Christianity has almost never been able to achieve conversions from Islam in spite of sophisticated means and well-organized missionary activities, and it has always been at a disadvantage in its competition with Islam for fourteen centuries.

This has caused its missionaries and most of the orientalists to develop a complex within themselves by depicting Islam and introducing it as a regressive, vulgar religion of savage people.

If history is to be read with an objective eye, such allegations will easily be debunked.

In addition to many other reasons which are responsible for the spread of Islam, it is the exemplary life-style and unceasing efforts of individual Muslims to transmit the message of Islam throughout the world which lie at the root of the conquest of the hearts by Islam. Islamic universalism is closely associated with the principle of 'enjoining the good' for Islam is to be spread by Muslims by means of this principle. This principle seeks to convey the message of Islam to all human beings in the world and to establish a model Islamic community on a world-wide basis.

Among every four humans in the world, one of them is Muslim. Muslims have increased by over 235% in the last fifty years up to nearly 1.6 billion. By comparison, Christians have increased by only 47 %... Islam is the second largest religious group in France, Great Britain and USA.

The following statistics show the growth of Islam in the world from (1989-1998):

Western fierce media campaign against Islam and Muslims escalated after the 11th of September attacks. Biased media, especially in the USA, rushed into a feverish contest to depict Islam as a religion based on savagery, intolerance and blood-thirst.

Not only in the media were Muslims harassed in the United States of America, Britain, Australia, and other European countries; rather, they were physically attacked at their homes, in the streets, in public places, and in their Mosques, Islamic centers, etc. The same attitude was, unfortunately, maintained toward the Noble Prophet of Islam

and the Noble Quran.

as a terrorist. The noble Quran was also desecrated in the US and some other countries, which indicates the deep hatred towards Islam and Muslims.

There have been many rigid regulations and extremist procedures enacted against Muslims in the US and some European countries, on the pretext of their "war on terror". Many Muslim students were banned from completing their studies, many families expatriated, Islamic activities limited or stopped, Muslim men and women subjected to sophisticated checking and screening procedures in airports, women with hijab and men with beards mocked or harassed, etc. In brief, a Muslim has become for them a word synonymous to “suspect”.

Nonetheless, even after the events of September, a wave of new Muslims embraced Islam all over the world. In the USA alone, more than 30000 persons embraced Islam.
By the year 2020, Islam is projected to be the largest religion in the world.

To sum up, in spite of all the feverish attempts on the part of the adversaries of Islam, old and new, Islam is still sweeping the globe easily and peacefully, thus conquering and illuminating the minds and hearts, no matter how hard and intricate their conspiracies are. Allah, the Most Glorious, Says in the Quran (what means): “It is He (Allah) Who has sent His Messenger with guidance and the religion of truth to manifest it over all religion, although they who associate others with Allah dislike it.” [Quran 9: 33]