Zamzam Water: The history & significance -I 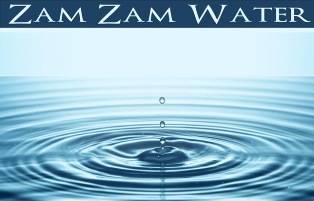 Allah has made all living creatures out of water. People require water for almost everything; for agriculture, construction, transportation, and for cooling and heating. But not all water carries the same value and significance? Muslims refer to the water of Zamzam as something revered and unique. They crave this mysterious liquid and love to drink it whenever they can. And for those who managed to go to the Hajj, they return home carrying it for thousands of miles as a prized possession and to give as special gift to their friends and families.

So, what is so special about Zamzam water? In a word: Everything.

There is nothing ordinary about it. The miracle of how it came to being in the middle of the desert, its consistency throughout thousands of years, the beneficial qualities it has, the fact that it never dries up. This water is special.

The fact is, this small 5 ft. deep well is far away from any other source or body of water. It is self-replenishing. It is constantly replenishing itself in order to produce gallons upon gallons of water for consumption of thirsty pilgrims plus the additional amount that is bottled and also the amount that is taken as gifts distributed worldwide to millions. Zamzam water has scientifically been proven to contain healing qualities due to its higher content of Calcium and Magnesium Salts and also the natural fluorides that encompass a germicidal action.

It is also an established scientific fact that pools or water wells tend to grow vegetation such as algae—especially in warm climates. Amazingly this is not the case in the well of Zamzam. It has remained free from biological contaminants.

From the time that Hagar wandered aimlessly through the desert in search of sustenance for her son and herself; to the moment that Ismaa'eel, may Allah exalt his mention, kicked his tiny feet on the sand and the well of Zamzam was born out of the great Mercy of Allah, Muslims have been drinking from it. What is more fascinating is that it has never once dried up. To Muslims this blessed water is special in significance and history.

Ibn 'Abbaas, may Allah be pleased with him, narrated that the Prophet

said: "When Ibraaheem (Abraham) had differences with his wife, (because of her jealousy of Haajar, Ismaa’eel’s (Ishmael) mother), he took Ismaa’eel and his mother and went away. They had a water-skin with them containing some water, Ismaa’eel's mother used to drink water from the water-skin so that her milk would increase for her child. When Ibraaheem reached Makkah, he made her sit under a tree and afterwards returned home. Ismaa’eel's mother followed him, and when they reached Kada, she called him from behind, `O Ibraaheem! To whom are you leaving us?' He replied, '(I am leaving you) to Allah's (Care).' She said, 'I am satisfied to be with Allah.' She returned to her place and started drinking water from the water-skin, and her milk increased for her child. When the water had all been used up, she said to herself, 'I would better go and look so that I may see somebody.' She ascended the hill of the Safaa and looked, hoping to see somebody, but in vain. When she came down to the valley, she ran till she reached the hill of the Marwah. She ran to and from (between the two hills) many times. Then she said to herself, 'I would better go and see the state of the child,' she went and found it in a state of one on the point of dying. She could not endure to watch her child dying and said (to herself), 'If I go and look, I may find somebody.' She went and ascended the hill of the Safaa and looked for a long while but could not see anybody. Thus she completed seven rounds (of running) between Safaa and Marwah. Again she said (to herself), 'I would better go back and see how the child is doing.' But all of a sudden she heard a voice, and she said to that strange voice, 'Help us if you can offer any help.' It was Gabriel (who had made the voice). Gabriel hit the earth with his heel like this (Ibn 'Abbaas, may Allah be pleased with him, hit the earth with his heel to illustrate it), and so the water gushed out. Ismaa’eel's mother was astonished and started digging ... She started drinking from the water and her milk increased for her child..." [Al-Bukhari]

In another narration of Ibn 'Abbaas, may Allah be pleased with him, the Prophet

said: "May Allah be merciful to the mother of Ismaa’eel! If she had left the water of Zamzam (fountain) as it was, (without constructing a basin for keeping the water), it would have been a flowing stream. Jurhum (an ancient Arab tribe) came to Hagar and asked her, 'May we settle at your dwelling?' She said, 'Yes, but you have no right to possess the water.' They agreed." [Al-Bukhari]

It was thus how the dry and barren valley of Makkah became inhabited.

The Archangel Gabriel unearthed the water of Zamzam such that the life of Ismaa’eel, the great grandfather of Prophet Muhammad

maybe saved. Hagar, the wife of Ibraaheem the patriarch, restricted its flow and caused it to become a well. It is located next to the holiest of all holy places: the Ka'bah. Its water was the direct cause of Jurhum's settlement in Makkah, and hence the start of the Makkan era in the human history. No other water can claim this honor.

The Rebirth of Zamzam

With passage of time, the inhabitants of Makkah started to forego the ways of the pious ones. Jurhum, the core of the Makkan population, were driven out of Makkah when they became unjust and tyrannical. They, being fully aware of the importance of Zamzam, hideously plugged it to deny their conquerors its blessings. Zamzam was not reopened and henceforth was forgotten.

Many generations passed in Makkah with Zamzam in complete oblivion, until Abdul-Muttalib (the paternal grandfather of the Prophet

) resurrected the dead well. Abdul-Muttalib himself was oblivious to Zamzam. With the approaching of the last divine message, a sequence of significant preludes was in order; the rebirth of Zamzam was one.

It so happened that for three consecutive nights, Abdul-Muttalib had a very clear vision about digging a well. During each vision, the name of the well was different and no location was mentioned. On the fourth night, however, both Zamzam and its location were communicated to Abdul-Muttalib so clearly that he attended to the appointed task on the morning of the very fourth night.

To the utter disbelief of the Makkans who ridiculed the seemingly futile attempt at finding water in such an arid place, Abdul-Muttalib found water in an ancient buried well so close to the Ka'bah. And it was only natural that the Makkans claim a share in this, obviously, special well. Abdul-Muttalib gave no concessions and rejected any such claim.

The Makkans and Abdul-Muttalib's could not negotiate a middle ground, so both parties agreed to seek arbitration. They set out for a priestess whose judgment was accepted by both parties.

On their way, and while crossing the desert, the caravan ran out of water. The companions of Abdul-Muttalib all but gave up any hope of salvation. And when all seemed lost, water sprang out from the ever so small notch that Abdul-Muttalib's camel made with its pad. Upon seeing this, the Makkans knew that He who saved Abdul-Muttalib from this eminent death on this very journey to settle the very question of Zamzam, had made Abdul-Muttalib the sole heir to this special water. The matter was settled and the family of the Prophet

was ennobled with a mark of clearest distinction.

It is of paramount importance to mention that Abdul-Muttalib's possession of Zamzam was not an act of ownership where he would deny its water to others. Being the sole heir to Zamzam meant that Abdul-Muttalib alone was to provide Zamzam water to the pilgrims; no one else (save his family of course) could partake in this most honorable privilege.