Evidence that Muhammad was a Prophet 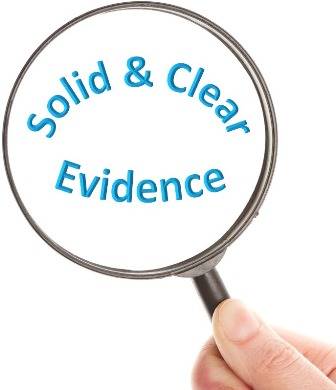 Prove that Muhammad is a true Prophet. What powers did God give him? Please e-mail it as soon as possible.

All perfect praise be to Allah, The Lord of the Worlds. I testify that there is none worthy of worship except Allah, and that Muhammad

is His slave and Messenger.

The signs that prove the prophecy of Muhammad

are numerous. Many books have been written to enumerate them and thoroughly discuss them. We would like to mention some of these signs as reported by Muslim scholars and which prove that Muhammad

was a real Prophet including:

- First, his good biography and high morals as well as the noble qualities that distinguished him. He was known before becoming a Prophet as a truthful and honest person, although the community where he lived was a society of ignorance. This was, perhaps, the most important sign of his prophecy. He was not known to have ever lied on people. So, why should he lie on be half of the Lord by claiming that he was a Prophet, if he was not a real Prophet?

- Second, the powers and triumphs Allah gave him and the spread of the religion he preached, as well as the triumph of this religion over all existing religions in a short period of time. Had he been a liar, Allah would have humiliated and destroyed him as He did with those before him who falsely claimed Prophethood.

- Third, the miracles Allah gave him as supporting evidence were beyond the ability of human beings and were beyond range of natural phenomena. The moon split for him, water gushed from his fingers, food became more abundant in his hands, and similar phenomena were authentically reported and happened in a way that could not be denied.

was backed by the greatest miracle which is the Quran. In fact, Quran was a challenge and remains a challenge for Arabs who were known to be good poets and eloquent speakers. Allah challenged them to write a single Surah (chapter) that would be similar to that of Quran, but the Arabs were unable to do so. Indeed, the challenge still endures, none of the Arabs throughout history - since the revelation of the Quran - was able to make anything that was even similar to it. No doubt that the Quran has been preserved intact until it came to us. Groups of people memorized it including children, adults, males and females. So generations brought the Quran to generations until it reached us as it was revealed 14 centuries ago. Hence, the Quran remains intact protected from distortion or alteration. Nothing has been added to it, nor taken from it. Quran is full of scientific facts that were verified only in these times of scientific investigation. No doubt that Muhammad who was illiterate would not have possessed this knowledge 14 centuries ago. Doesn't this prove the authenticity of the Quran and that it is the Word of the Creator of the Universe who knows all its secrets?

- Fifth, the things from the unseen that he (the Prophet

) informed us about. Some of them occurred during his life time. Others happened later. Some of these things happened to the Prophets, may Allah exalt their mention, who preceded him and some are still to occur. He also informed about the signs of The Day of Judgment, some of which had already been seen such as widespread killings and genocide, adultery and fornication and the consumption of the alcohol, outnumbering of males by females and the increased number of earthquakes, and afflictions,… etc.

- Sixth, the testimony of some of the people of the Book that he was a true Prophet. Some of them believed in him like 'Abdullah Ibn Salam

who was a Jew as well as Negus (king of Abyssinia) who was a Christian. Some of the people of the Book certified that he was a Prophet from Allah but refused to follow him like Huyayy Ibn Akhtab.

The above are some of the signs that prove his Prophethood and the authenticity of his revelations. We would like the questioner to visit some of the Islamic centers in her area, and hopefully, they will guide her to some useful references in the matter.

Fatwa answered by: The Fatwa Center at Islamweb

Questions that the Jews posed to the Prophet