Questions that the Jews posed to the Prophet 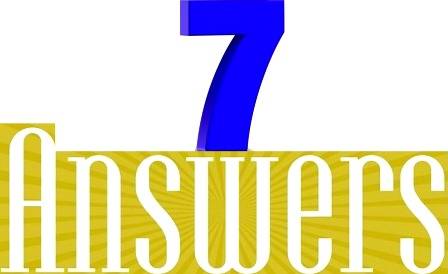 I heard that when Prophet Muhammad

started preaching Islam, the Jews were very upset and they wanted to test him to find out whether he was a true Prophet, so they prepared 40 difficult questions and asked him. Is this true, if yes, please, explain what are the 40 questions and what were the answers given by the Prophet Muhammad?

All perfect praise be to Allah, The Lord of the Worlds. I testify that there is none worthy of worship except Allah, and that Muhammad

is His slave and Messenger.

However, we do not know of any authentic Hadeeth stating that they prepared forty questions for the Prophet

and asked him about them.  What is proved in the books of Imans Al-Bukhari and Ahmad

as well as other authentic sources is that they asked him seven questions.

narrated that when 'Abdullah Ibn Salam

heard about the arrival of the Prophet

to Madeenah, he came to him and asked him about some things saying: "I will ask about three things that none except a messenger knows: what is the first sign of the Hour?  What is the first meal that the dwellers of eat?  Why is it that the child sometimes resembles his father and other times his mother?" The Prophet

said: "That is the Jews' enemy from the angels."  The Prophet

said: "I bear witness that none has the right of being worshipped but Allah and that you are His messenger."  Then Ibn Salam

said: "O Prophet of Allah, the Jews are people of falsehood.  So ask them about me before they realize that I have become Muslim.  The Jews came and the Prophet

asked them: "How do you grade 'Abdullah Ibn Salam within your community."  They said: "Our best and the son of our best."  Thereupon, the Prophet

said: "What if 'Abdullah Ibn Salam becomes Muslim?"  They said: "May Allah protect

him from that!" The Prophet

came out to them and said: 'I bear witness that none has the right to be worshipped but Allah and that Muhammad is His messenger.' Thereupon, they (the Jews) said: "He is our worst and the son of our worst," and demeaned him.  Ibn Salam, may Allah be pleased with him, said: 'This is what I feared, O Prophet of Allah."

"O Allah testify against them."  Then he

said: "I ask you by Allah, the One Who has no partners Who revealed the Torah to Moosa

do you know that the man's water is white and thick and that the woman's water is yellow and thin. Any of the two waters gets above the other gets the resemblance of the child in his sex and characters by the will of Allah.  If the water of the man gets over the woman it is a male by the Will of Allah and if the water of the woman gets above that of the man then it is a female by the Will of Allah.  They said: 'By Allah what you said is true.'  The Prophet

said: "O Allah testify against them."

Then he said: "I ask you by the One Who revealed Torah to Moosa

do you know that the eyes of this illiterate Prophet sleep but his heart does not."  They said: 'By Allah that is true.'  He said: "O Allah, testify against them."  They said: 'You, now tell us about your guardian from the angels, we will stay with you or leave you according to that.'  He

said: "My guardian is Jibreel (Gabriel) and Allah never sent any Prophet but he was his guardian."  The Jews said: 'So, we will separate from you. Had your guardian been another angel not Jibreel, we would have followed you and believed in what you brought.'

said: "But what prevents you from believing in him?"  They said: 'He is our enemy.'  Then Allah revealed the following verses (which means): {Say, “Whoever is an enemy to Gabriel - it is [none but] he who has brought it [i.e. the Quran] down upon your heart, [O Muhammad], by permission of Allah,…} [Quran 2:97]. Allah Says (which means): {And when a Messenger from Allah came to them confirming that which was with them, a party of those who had been given the Scripture threw away the Book of Allah behind their backs as if they did not know.} [Quran 2:101]. Allah Says (which means): {So they returned having [earned] wrath upon wrath} [Quran 2:90].

Fatwa answered by: The Fatwa Center at Islamweb

Evidence that Muhammad was a Prophet