Our position towards people who introduce misconceptions 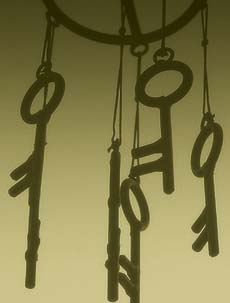 not warn us against them in this regard when he said: “Beware of mixing with them.”

not comment on the saying of Allah which means: “…As for those in whose hearts is deviation [from truth], they will follow that of it which is unspecific, seeking discord and seeking an interpretation [suitable to them]…” [Quran 3: 7] by saying: “When you see people who arouse misconceptions, beware of them, because they are the ones referred to in this (verse).” [Al-Bukhari & Muslim]

Ibn Mas’ood, may Allah be pleased with him, said regarding misconceptions: “He who lives long enough to see those who spread misconceptions should run away and refuse to talk or listen to them.” One does not have to physically leave the city they are in, but he must allow his heart and mind to escape, for his own protection.

said: “If a man consults a person about a matter and the later directs him to inquire from an innovator, then he has betrayed Islam. Beware of sitting with innovators because they will divert you from the truth … he who sits with innovators has become poisoned (i.e. in his mind), so be aware of him.”

How did Jahm ibn Safwaan, to whom the deviant sect of Al-Jahmiyyah is attributed, divert from the right path? He did this by sitting with atheists who asked him: “Sit with us and discuss your religion, if we convince you then follow our way, and if you convince us, then we will follow yours.” He thought of this as a good opportunity to convince them. They then asked him: “You claim to have a Lord, but did you ever see him, hear him, smell him, find any trace of him, or see a statue that resembles his form?” He replied: “No!” So they said: “Then he does not really exist” Jahm sat for forty days after that, not knowing who to worship as a result of this debate.

Many people deviated simply due to allowing themselves to sit with others who aroused certain misconceptions; they listened to what they had to say and thus became confused and doubtful. Others read books that addressed and discussed misconceptions. Yet others deviated due to surfing websites that propagate misconceptions and by chatting online to the people behind them. There is a final type whose curiosity led them to browse such websites simply to see what they contained, and they thus fell into their traps.

One may ask why Allah decreed for such misconceptions to spread. We say that it is a means of testing people generally, as well as their reaction and steadfastness. Of course Allah knew how people would react before they were even created, but it is to make their reaction evident, as He Says what means: “Or do you think that you will enter Paradise while Allah has not yet made evident those of you who fight in His cause and made evident those who are steadfast?” [Quran: 142] How can anyone be admitted into Paradise without having persevered and fought Jihaad? It is not possible. The Knowledge of Allah must become manifested in reality.

The issue of listening to misconceptions is a grave one, especially during the era in which we live when we are exposed to so many things via numerous means that could divert people and poison their hearts and minds. Yes we must face these misconceptions and expose their reality to people, but this is the responsibility of the people of knowledge and not that of the common masses – their task is to stay away form such evils and their propagators and not expose themselves to them, because they would not then have the tools to defend themselves and protect their minds and hearts from being influenced. If a common person were to become exposed to any misconception, or even think about one, he should immediately refrain from this thinking and rush to inquire from trustworthy scholars to clarify the matter for him as Allah Says what means: “…So ask the people of the message (i.e. people of knowledge)  if you do not know.” [Quran 21: 7]

What are the methods that the deviants deploy to confuse people? They might quote a text from the Qur’aan or the Sunnah that is general in it is meaning and apply it to specific cases were it is not applicable, or quote a part of it, or explain it to mean other than what Allah or the Prophet

intended it to mean. They decorate their ideas with eloquent phrases to confuse people; and many people are deceived by these decorations, because they are presented in a very clever way.

When a follower of the truth tries to refute these misconceptions, the propagators of doubt prevent him from doing so and play around with the words and terms he uses, but when a deviant requests to speak, they open the way for him via numerous satellite television channels, or various other media.

Lastly, deviant people generally do not dare to debate with well founded scholars. This is why the deviant Khawaarij deviant sect refused to debate with Ibn ‘Abbaas, may Allah be pleased with him, when he went to publicly debate with them regarding their beliefs. 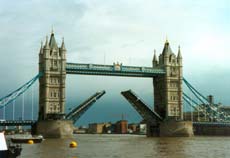