Hundreds of tunnels under the border between the Gaza Strip and Egypt are keeping many of the Palestinian territory's 1.5 million impoverished residents supplied with food and fuel.

On Saturday, Egyptian authorities found the entrances of three tunnels and confiscated a large amount of fuel about to be smuggled into the territory.
Sources say there are more than 6,000 Palestinians employed in the clandestine industry, which merchants say is heavily controlled by the Hamas authorities.
Strict rules are imposed on what can be brought in - weapons, drugs and people-trafficking are prohibited - and tunnel operators are taxed.
Ehab Gheissen, a spokesman for the interior ministry in the deposed Hamas-led government, said: "It is the right of the Palestinian people to do whatever they can to break the siege they live under.
"They have a right to do whatever they can to get what they need, including through tunnels, but at the same time we are watching all of the things that are being brought in."
Basic necessities
The tunnels were previously used to smuggle weapons to fight the Israeli occupation, but the blockade that was enforced after Hamas seized control of the Gaza Strip in 2007 has made the smuggling of basic supplies a necessity.
Shortages have sent prices of flour and milk soaring, and the industry established around the tunnel smuggling system is now worth millions of dollars.
Sami Abdel Shafi, a Gaza-based business analyst, said: "These days, most of the anecdotal evidence we hear is that the tunnels are being used to bring in very human items, for lack of proper medicine in the Gaza Strip.
"They are used to bring in shoes, chocolate and 7-Up, things like that.
"Then again, all of the quantities being brought in are being blown out of proportion I feel, 1.5 million people deserve a lot more than having to operate under ground, they deserve a much better chance at operating an economy above ground."
Al Jazeera's Ayman Mohyeldin visited a nondescript warehouse in Rafah where one tunnel operator was waiting for merchants to pick up the goods that they had ordered.
A diverse range of items, such as cigarettes, teacups and spare parts for motorcycles, were among the items awaiting collection.
But no matter how important the tunnels are in keeping the Palestinian economy going, there is a human cost. At least 35 people have died in the tunnels since the beginning of the year, according to the UN.
General Mahmoud Khalaf, a military analyst, told Al Jazeera that the tunnels should not be seen as a lifeline for the Palestinians.
"These tunnels are not necessary, and illegal procedures should not be used to transport goods," he said.
"The fact that these tunnels are seen as vital is an allegation perpetrated by Hamas to justify these actions. But yes, I do admit the Israeli-imposed siege has made life harder, but I believe these means are not the way forward."
Tunnel dangers
Abu Mohammed lost his son and a brother when the tunnel they were digging fell in on them. Since then, he has stopped his other children from going down the tunnels.
"What can we do? We have to eat and they were making money for the family. But now, I won't allow them to work no matter how poor we are. It's just not right," he told Al Jazeera.
Egypt is under pressure from Israel to crack down on the tunnels, some of which are in sight of the border police.
Cairo says it is making efforts to halt the trade, and the UN says that during a two-day period in August, 28 tunnels were destroyed by the authorities.
Mohyeldin reported that some Palestinians even boast that the Egyptians will never be able to shut all the tunnels because it is also a lucrative trade for many Egyptians.
But Abdel Shafi warns that longer the tunnels remain a lifeline, the more it will undermine the chances of a proper Palestinian economy being developed.
"It will have catastrophic consequences in the long term, even if it does provide or alleviate some of the need for the moment," he said.
"The Gaza Strip cannot be sustained on the operations of the tunnels."
In Gaza, 85 per cent of the population relies on aid and unemployment is running at 45 per cent.
PHOTO CAPTION
A Palestinian man walks inside a tunnel beneath the Egyptian-Gaza border, September 24, 2008
Source: Al-Jazeera 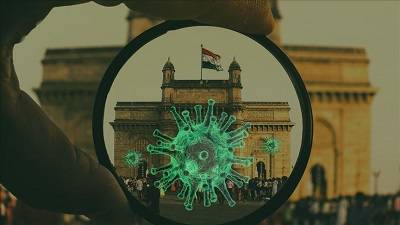