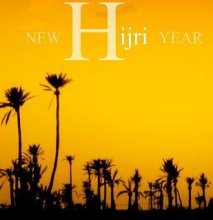 We recently bid farewell to a year that will be a witness for or against us. We received a new year. A segment of man’s life has just finished and the more days pass by, the closer we draw to the Hereafter.
Imam Al-Hasan Al-Basri said: “O son of Adam! You are but a collection of days; whenever a day passes, a part of you ends with it.”

Imam Muhammad Ibn Waasi’ was asked: “How are you this morning?” He replied: “What can the condition of a man be who draws closer to the Hereafter with every passing day?”

A wise man once said: “How can man, whose days consume his months, and whose months eat up his years, and whose years devour his life, rejoice? How can a man rejoice knowing that the passing of his life leads him to his death?”

Al-Fudhayl Ibn ‘Iyaadh once asked a man in his gathering: “How many years have passed of your life?” The man replied: “Sixty.” Al-Fudhayl said: “Then you have been travelling on a journey towards your Lord for the past sixty years and have almost reached your destination.” The man exclaimed: “Innaa lillaahi wa Innaa Ilayhi Raaji’oon (i.e., 'To Allah we belong and to Him we will return.')” Al-Fudhayl said: “Do you understand the implication of the statement you just uttered? He who knows that he is a slave that belongs to Allah and realizes that he will return to Him must know that he will stand before Him; he who knows that he will stand before his Lord must realize that he will be questioned; if he knows that he will be questioned, then he must prepare answers for these questions.” The man asked: “What can one do about it?” Al-Fudhayl replied: “It is simple: act righteously in what remains of your life and you be will forgiven for what sins you committed in the past; otherwise, you will be punished for what remains as well as what has passed of your life”.
What did we deposit in our accounts for this year? What are we preparing for the impending one?

The days will bear witness against man regarding what he deposited in them, whether good or bad. Imam Al-Hasan Al-Basri said: “Every new day exclaims: O son of Adam! I am a new creation and will testify for what you perform in me, so take from me provision (in terms of good deeds) because once I depart, I shall not return until the Day of Resurrection.”

The wise one is he who holds to account and reproaches himself; he would scrutinize his situation and repent to Allah if has neglected some of the obligations upon himself; he would then maintain himself upon the right path before it is too late. If he has oppressed himself by committing sins and slipping into prohibitions, he must cease doing so, before death approaches and it is too late. If one is from those whom Allah has blessed with righteousness, then he must show gratitude and supplicate Allah to enable him to remain steadfast upon such righteousness.

At the end of every year, businessmen review their records and accounts and set future plans in order to avoid repeating past mistakes, as well as to elude future losses and maximize their profits. Why is it then that many years pass by with us failing to even think of reviewing our records and accounts in terms of good and bad deeds?

Many people do hold themselves to account, but only in terms of their worldly lives - so that they may gain more of this fast-vanishing life. They never seem to give heed to the real, and infinitely more important, accounting and recording: that of matters that could lead them to Hell, or result in them being admitted into Paradise. They pass many years of their lives without sincere and accurate accountability with regards to the Hereafter.

If one of us loses money, he may become enraged; if he loses a precious and beloved person, he would be overcome with grief. How should the case then be of one who loses a portion of his life, which cannot be made up for and which he could only have benefited from by depositing in it good deeds that would benefit him on the Day when wealth and offspring will be of no benefit?

Allah Almighty commands us to hold ourselves to account and prepare for the Day of Account saying (what means): “O you who have believed! Fear Allah. And let every soul look to what it has put forth for tomorrow – and fear Allah. Indeed, Allah is acquainted with what you do. And be not like those who forgot Allah, so He made them forget themselves. Those are the defiantly disobedient.” [Quran 59: 19-20]

‘Umar Ibn Al-Khattaab said: “Hold yourselves to account before you are held to account - and prepare for the Great Meeting. The account on the Day of Resurrection will only be easy for those who had held themselves to account in this life.”

Maymoon Ibn Mihraan said: “A person will not attain piety until he questions himself as meticulously as a stingy person would probe his business partner.”

Receiving a new year is one of the bounties of Allah, as it entails that Allah has given us more of an opportunity to repent and increase in good deeds.

Abu Hurayrah reported that the Prophet said: “Allah leaves no excuse for a person whom He delays (i.e., allows to live) to the age of sixty years.” [Al-Bukhari] Commenting on this narration, Imam Ibn Hajar said: “This means that Allah would have granted such a person an ample amount of time to live, such that he could not reasonably say: 'Had I lived longer, I would have done such and such good deeds.' Therefore, a person who reaches this age must earnestly and sincerely repent, ask the forgiveness of Allah, and utilize what is left of his life in the obedience of Allah.”

Imam Ibn Battal said: “This is so because at this age one would most likely be approaching death. He would have no excuse because, by then, Allah would have supplied every sign to such a person that should have made him embrace and affix himself to righteousness.”

Did you ever sit alone and hold yourself to account regarding what you have said and done? Did you ever attempt to enumerate your sins and your good deeds?

When Tawbah Ibn As-Simmah reached the age of sixty, he realized that he had lived for twenty one thousand and three hundred days, so he wailed: "Woe to me! How can I meet my Lord? If I only sinned once a day then I would have at least twenty one thousand and three hundred sins, so how will the case be when I know that I have sinned tens of times every day?”

At the end of the year and other such occasions, a Muslim should sit in seclusion and ponder over his sins and his record of deeds, and thereby hold himself to account. As a mater of fact, a Muslim should do this on a daily, weekly and monthly basis. If he finds that he has done well, he should be grateful to Allah for having enabled him to do so, otherwise, he should repent and refrain from further evil; he should also seek the forgiveness of Allah and pledge to become one of the righteous. Abu Tharr and Mu`aath Ibn Jabal reported that the Messenger of Allah said: “Fear Allah wherever you are and perform good deeds after doing evil ones; the latter will obliterate the former - and behave courteously towards others.” [At-Tirmithi] So let us rush to repentance, before it is too late.

The question of greeting and congratulating others upon the arrival of the new Hijri year was addressed in a Jumu'ah Khutbah by Shaykh Muhammad Ibn Salih Al-‘Uthaymeen who stated:

We should be conscious of Allah with regards to our wives, our children, our relatives and anyone else whom Allah has made us responsible for.”

In response to a question regarding the ruling of congratulating others on this day and how to respond if someone is congratulated on its occasion, he stated: “If someone congratulates one, he should return it, but one should never initiate the congratulation, as I am unaware of it being reported that any of the Salaf ever congratulated one another other on this day. As a mater of fact, the decision on the month with which to start the Hijri year was done during the era of ‘Umar (which was, of course, after the era of the Prophet ).”

The significance of the month of Muharram

The beginning of a New Islamic Year

A new Hijri Year We recently bid farewell to a year that will be a witness for or against us. We received a new year. A segment of man’s life has just finished and the more days pass by, the closer...More