The obligation of differing from the non-Muslims 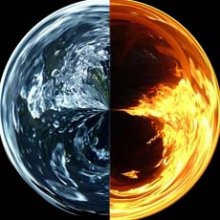 19316 0 1892
Allah, the Most High, has granted the Muslims a comprehensive set of rules (Sharee’ah) that cover all religious and worldly matters. He made happiness both in this world and in the Hereafter contingent on working according it and adhering to its guidance. Allah The Most High Says (what means): “Whoever follows My guidance will neither go astray [in the world] nor suffer [in the Hereafter].” [Quran 20: 123] Allah also Says (what means): “Whoever follows My guidance – there will be no fear concerning them, nor will they grieve.” [Quran 2: 38]

This Sharee’ah is the straight and correct way, which is the way of those on whom Allah has bestowed His Grace such as His Prophets, the sincere, the martyrs, and the righteous. Anything other than this is the way of those who have earned the wrath of Allah such as the Jews, the Christians and the polytheists.

In every Rak`ah (unit) of your prayer, you invoke Allah to show you the straight path and keep you away from the path of those who have earned His wrath and those who have gone astray. You do this because you recite chapter Al-Faatihah. This recitation in every Rak`ah is one of the pillars of Salah (the prayer). Therefore, you should reflect on this Du`aa’ (supplication), its objectives and its positive results.

and adhering to the Law of Allah concerning acts of worship, business transactions, morals and inward and outward manners. It also entails differing from the disbelievers with regard to their specific acts of worship, business transactions, morals, and manners. This is because imitating them outwardly leads to loving them inwardly. Therefore, the Quran and the Sunnah are replete with evidences that command the Muslims to differ from the disbelievers and forbid imitating them in order to keep the Muslims away from all harmful matters. This is because the actions of the unbelievers are false and only for show, their endeavours are misleading and their end is certain destruction. Consequently, all the actions and affairs of a disbeliever are blighted and fruitless. Allah, Most High Says (what means): “But the disbelievers – their deeds are like a mirage in a lowland which a thirsty one thinks is water until, when he comes to it, he finds it is nothing.” [Quran 24: 39]

Allah also Says (what means): “The example of those who disbelieve in their Lord is [that] their deeds are like ashes which the wind blows forcefully on a stormy day.”  [Quran 14: 18]

Although Allah has warned us severely against following the way of the disbelievers, He knew that this would happen as His Messenger

reported that Allah has decreed this according to His Knowledge. Al-Bukhari and Muslim

reported on the authority of Abu Sa`eed al-Khudri, may Allah be pleased with him, that the Messenger of Allah

said: “You will follow the errors of your predecessors so completely and literally that if they should go into the hole of a lizard, you would follow them.” The people asked: “O Messenger of Allah! Do you mean (by ‘your predecessors’) the Jews and the Christians?” He

Abu Hurayrah, may Allah be pleased with him, narrated that the Messenger of Allah

said: “The Hour will not come until my nation will follow completely and literally the errors of the previous nations.” The people asked: “O Messenger of Allah! Are you referring to (the people of) Persia and the Romans?” He

replied: “Is there other than these?” [Al-Bukhari]

reported that his nation will follow the Jews and the Christians, who are the People of the Book, as well as the people of Persia and the Romans. Allah’s Messenger

forbade imitating all of them.

Despite the fact that he

told us that his nation would imitate the errors of the disbelievers, he

also stated that a group of his nation will firmly adhere to the truth until the Hour comes. He

also said that Allah would make it such that the Muslim nation would not unanimously agree on falsehood. Also, he

assured us that Allah frequently raises certain persons for the sake of His religion whom He uses and appoints for obeying Him.

As a result, it becomes clear from the authentic narrations of the Prophet

that there will be a group of people who follow and adhere to his guidance, the religion of Islam. On the other hand, some Muslims will deviate to the doctrines of the religion of the Jews or that of the Christians. Such deviation is made alluring by Satan. That is why a servant of Allah is commanded to ask Allah to guide him to the straight path, which is far away from Christianity and Judaism.

The wisdom behind the prohibition of imitating the disbelievers and commanding us differ from them is so clear. This is because imitating them outwardly leads to imitating them inwardly which in turn results in resembling them in their morals and actions. However, being different from them outwardly leads to differing from them inwardly, which in turn leads to being so completely distinct from them that one is rescued from the causes of the wrath of Allah. Being distinguished also saves one from going astray and leads to being directed to the way of guidance and the pleasure of Allah.

Today many Muslims, both men and women, imitate the disbelievers in their manners of speaking, dressing, appearance and in so many other areas that time does not allow me to enumerate them.

Among these aspects is the shaving of beards and growing moustaches. Allah’s Messenger

commanded trimming the moustache and allowing the beard to grow in a generous manner, thus being distinct from the disbelievers who shave their beards and grow their moustaches.

Wearing the beard is a symbol of a man’s handsomeness and dignity. Therefore, when he becomes old his attraction remains due to the existence of the hair of his beard. In contrast, the one who disobeys Allah’s Messenger

by shaving it will have a distorted face devoid of any beauty when he becomes old. The habituation and blind imitation of these people lead them to misjudging a bad thing as good and vice versa. What we say to those people, may Allah guide us and them, is: You must repent and return to the truth, for returning to the truth is far better than continuing with falsehood. The Sunnah of Allah’s Messenger

has become clear to you and you have been commanded to obey and follow in his footsteps.

Allah Says (what means): “There has certainly been for you in the Messenger of Allah an excellent example.” [Quran 33: 21] Therefore you have to adhere to his Sunnah and not to change it, despite the great number of Muslims who neglect it.

The disbelievers are also imitated in certain acts of worship, such as building up the areas around graves and making them places of visitation and worship. Allah’s Messenger

said: “May Allah’s curse be on the Jews and the Christians, for they build places of worship at the graves of their Prophets.”

also said: “If any righteous man dies amongst them, they would build a place of worship at his grave and make pictures of him to place therein; they are the worst creatures in the sight of Allah.”

These sayings of the Prophet

reveal that exaggeration with regard to graves leads to the gravest shirk, or polytheism, which is obvious to everybody. All this is owing to imitating the Jews and the Christians.

Other forms of imitation are celebrating polytheistic and innovated days such as the Prophet’s birthday and those of presidents and kings. Celebrating these occasions may be for only one day such as, Mother’s Day, Valentine’s Day, birth days and so on, but still all these celebrations came to the Muslims from the disbelievers. In Islam, there are only two days of feasts: the Day of Fitr, or ending the fast of Ramadan, and the Day of Adh-haa (sacrifice). Celebrating any day other than these two is Bid`ah (an innovation) in the religion, and imitation of the disbelievers. Muslims should be mindful of this and not be lured by the great number Muslims participating in these sinful events. Such people either do not know the ruling of Islam concerning it and celebrate these days due to ignorance, or know the ruling of Islam and celebrate them despite that.  The sin of the latter class is of course, much greater. I seek refuge with Allah from the outcast Satan. Allah Says (what means): “There has certainly been for you in the Messenger of Allah an excellent example for anyone whose hope is in Allah and the Last Day and [who] remembers Allah often.” [Quran 33: 21]