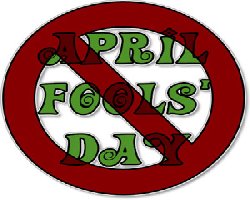 Many theories have been put forward about how the tradition began. Unfortunately, none of them are conclusive. Thus, the origin of the “custom of making April fools” remains as much a mystery to us as it was back in 1708 CE.

The most popular theory about the origin of April Fools’ Day involves the French calendar reform of the sixteenth century. The theory goes like this: In 1564 CE France reformed its calendar, moving the start of the year from the end of March to January 1. Those who failed to keep up with the change, and stubbornly clung to the old calendar system and continued to celebrate the New Year during the week that fell between March 25 and April 1, had jokes played on them. Pranksters would surreptitiously stick paper fish to their backs. The victims of this prank were thus called 'poisson d’Avril', or April fish—which, to this day, remains the French term for April Fools' Day — and so the tradition was born.
Others say that this started a long time before that, and that it was initiated during the ancient ages as a part of polytheistic celebrations on a set date on the beginning of the spring season. Yet others say that fishing did not yield any catch in the first days of the spring season and thus this was innovated as a new practice on the first of April.
According to legend, the Duke of Lorraine and his wife were imprisoned at Nantes. They escaped on April 1, 1632 CE by disguising themselves as peasants and walking through the front gate. Someone noticed them escaping and told the guards. But the guards believed the warning to be a “poisson d’Avril” (or April Fools’ Day joke) and laughed at it, thus allowing the Duke and his wife to escape.
“April’s fish” was also said to be due to the movement of the sun from Pisces (February 20- March 20) to the next sign. Some theories believe that it was given this name after altering the word 'passion' (as a symbol for the torture that Jesus, may Allah exalt his mention, suffered) to 'poisson d’Avril'.
British folklore links April Fools’ Day to the town of Gotham, the legendary town of fools located in Nottinghamshire. According to the legend, it was a tradition in the 13th century for any road that the King placed his foot upon to become public property. So when the citizens of Gotham heard that King John planned to travel through their town, they refused him entry, not wishing to lose their main road. When the King heard this, he sent soldiers to the town. But when the soldiers arrived in Gotham, they found the town full of lunatics engaged in foolish activities such as drowning fish or attempting to cage birds in roofless fences. Their foolery was all an act, but the King fell for the ruse and declared the town too foolish to warrant punishment. Ever since then, according to legend, April Fools’ Day has commemorated their trickery.
The first lie on this occasion was recorded in a British magazine. The April 2, 1698 CE edition of Dawks’s News-Letter (a British newspaper) reported that, “Yesterday being the first of April, several persons were sent to the Tower Ditch to see the Lions washed.” Sending gullible victims to the Tower of London to see the “washing of the lions” (a non-existent ceremony) was a popular prank. It became traditional for this prank to be played on April Fools’ Day. Examples of it occur as late as the mid-nineteenth century In the eighteenth century written references to April Fools’ Day became numerous and appeared throughout Europe.
One of the most famous incidents that happened in Europe on April 1, was when the English newspaper, The Evening Star, announced in March 1746 CE that on the following day – April 1st – there would be an parade of donkeys in Islington, in England. The people rushed to see these animals and there was a huge crowd. They continued waiting and when they got tired of waiting, they asked about when the parade would be held. They did not find anything, and then they finally realized that they had come to make an exhibition of themselves, as if they were the donkeys!
The above was just to show the history of this event. However, it is not important to know what is its real source or how it originated. What matters to us is the ruling of lying on this day.
This practice certainly never existed in the bright eras of Islam during which the Muslims highly cherished the rulings of Islam and adhered to them as closely as they could. This event was certainly not initiated by the Muslims, but rather, by their enemies.
The unfortunate part is that many Muslims have made it a common practice for them to lie to their wives, friends or relatives and cause them great sorrow and frighten them by lying on this day, claiming that it is only a joke. Many a times, people have died as a result of some of these lies due to heart attacks or become paralyzed from the impact of the lie on them. Some people have even divorced their wives and others have uttered such lies about a man’s wife that he went and killed her.
There is no end to such tragic stories associated with this day. The only way one can restrain him/herself from falling in this evil practice is by remembering the Islamic ruling which prohibits lying even in jest. 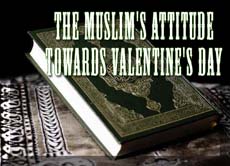