Our Highly Economical Home - I 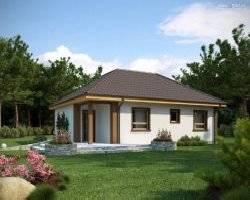 The economics of a Muslim home are based upon a group of values and foundations that distinguish it from any other home; and these are:

*       Faith that its wealth belongs to Allah The Almighty, and the members of the family are merely temporary trustees for it, Allah The Exalted Says (what means): {Believe in Allah and His Messenger and spend out of that in which He has made you successors.}[Quran 57:7]
*       Faith that Allah The Exalted decreed that some people have more provision than others; Allah The Exalted Says (what means): {And Allah has favored some of you over others in provision.} [Quran 16:71] Favoring in provisions means in terms of the varying amounts designated to people, and does not mean that the rich are favored or are superior to those who are less in material wealth. Rather, superiority with Allah The Almighty is in terms of piety and righteous deeds. The poor have a great rank with Allah The Exalted when they are adorned with patience and contentment with what He has provided them. This does not mean that we should wish to become poor, for the Messenger of Allah,

, said: "O Allah, I seek refuge in You from disbelief and poverty. (Allahumma inee a‘oothu bika min Al-kufr wal faqr.)”[Abu Daawood, An-Nasaa’i and Ahmad] Rather, we are requested to work and exert effort to earn so as not to be poor.
*       Observance of the advice of the Messenger,

, to not look longingly at those that are greater than us in provisions, for he,

, said: "Look at those who are lower [in material wealth] than yourselves, and do not look at those who are above you; that is better suited for you such that you do not belittle the favor of Allah." [Muslim]
*       [Having only] lawfully-earned sustenance; Allah The Exalted Said (what means): {O you who have believed, eat from the good things which We provided for you and be grateful to Allah if it is [indeed] Him that you worship.} [Quran 2:172]; for Allah The Almighty is Good and does not accept other than what is good, as Allah The Exalted Says (what means): {O you who have believed, spend from the good things which you have earned}[Quran 2:267]. Also the Prophet,

, said: "…And he eats the forbidden [that is bought by unlawfully earned money]; and he drinks the forbidden; and he wears the forbidden; and he is fed with the forbidden; how then can he be answered [when he supplicates]?"[Muslim]
*       The man's responsibility to provide the living expenditures. Allah The Exalted Says (what means): {Men are in charge of women by [right of] what Allah has given one over the other and what they spend [for maintenance] from their wealth.} [Quran 4:34]. Expenditure is to be carried out within the limits of monetary capability, for Allah The Exalted Says (what means): {Let a man of wealth spend from his wealth, and he whose provision is restricted – let him spend from what Allah has given him. Allah does not charge a soul except [according to] what He has given it. Allah will bring about, after hardship, ease.}[Quran 65:7]. Also the Prophet,

, said: "And he who spends [from what Allah gives him] on his wife, children, and household it is [counted for him as] charity." [At-Tabaraani]
*       Moderation in spending and household management. Allah The Exalted Says (what means): {And do not make your hand [as] chained to your neck or extend it completely and [thereby] become blamed and insolvent.}[Quran 17:29]
Abu Bakr, may Allah be pleased with him said, "I dislike that the members of a household spend the provisions of days in one day."
A righteous woman once advised her daughter, saying, "Do not charge your husband except what he can manage, in accordance to his circumstances; and help to elevate him from being placed in a state causing him to be weak or to [suffer] hardship; for to carry huge rocks is easier than to carry debts."
*       Realizing the difference between moderating expenditure and being stingy, and there is no doubt that the necessities of one era and those of another differ, and that the necessities of one home differ from that of another. It is important to take into account purchasing only what is necessary and will be used.
*       Prioritizing expenditures according to earnings, considering first what is necessary followed by articles of luxury. It is obligatory to keep away from unlawful expenditures, and that includes spending on devices that cause diversion [from Thikr (mentioning and remembering Allah) and obeying the commands of Allah] and are unlawful; or to buy food or drinks that the Sharee‘ahhas prohibited from doing.
*       Saving any surplus that remains of the basic needs, as this can be used afterwards, especially in times of need and hardship.
*       Organizing the budget, and this means distributing the limited resources to the various needs. The objective behind organizing the budget is to get the most out of the available resources.
It is important to take note of the following during the organization of the budget:
ـ       Family members should learn how to make decisions that are sound and wise and help them follow the best course to utilize available resources and potential; this can aid in accomplishing future objectives that they hope for and look forward to in their lives.
ـ       Relying on consultation between family members in order to manage the budget, under control, as far as possible. For all the members of the family to join together in planning the budget results in each of them gaining a moral incentive and determination to render the budget successful, as they all share in the duty of making it work.
ـ       Organizing the process of home management and sound planning to render problem solving for any difficulty facing the family an easier task, and to balance between the duty of the individual towards the family, and the duty of the family towards the individual.
Any successful management process is comprised of five stages, and they are:
* Defining the target
* Planning
* Organizing
* Implementing
* Assessing.
This would happen together with consideration and commitment to the constituents of the management process, such as for example:
*       For each member of the family to estimate the value of time and effort required to accomplish chores.
*       Considering the ability of each individual family member.
*       To take precautions for emergency situations
*       Defining resource volume and dividing the family resources into two categories, human resources and non-human resources.
Human resources would include: talents, capabilities, personal inclinations, energy levels, and preferences.
Non-human resources include: time, income, property, and community facilities.
There are factors that affect family resources, such as, for example: family living standards, family size, place of residence, the current phase through which the family is living, and so on.
Managing food consumption by following certain guidelines, such as:
ـ       Knowledge of the quality and cost of the various available food products.
ـ       Knowledge of the basic supply alternatives, so that this can be made use of when certain goods are no longer available or their prices are raised.
ـ       Awareness so as to not be negatively influenced by commercials into buying products that are not necessary.
ـ       Purchasing the basic needs in the required quantities without excess.
ـ       Selecting the products that are appropriate to the family income and are available in wholesale stores that are close to the home.
ـ       Taking advantage of purchasing stock in the seasons where the prices are optimal; for example during tomato season quantities can be purchased and made into tomato paste for use at times when it is not readily available and prices soar.
ـ       Cooking food in required quantities and avoiding waste; and limiting the variety of dishes cooked for one meal.
ـ       Using leftovers rather than discarding them.
ـ       Forms of avoiding food waste include thinly peeling fruits and vegetables so as not to discard a large portion with the skin.
ـ       When setting meals on the table, place only the required quantity of food; Islam informs us that even a mouthful of food is a blessing that should be preserved. The Prophet,

, said: "If a morsel of food should fall from any of you, then remove any harm that might have stuck to it and eat it, and do not leave it for the devil; then, after one has finished [his meal], he should lick his fingers for he does not know where in his food there is blessing." [Muslim]
ـ       Using unbreakable kitchen utensils and keeping expensive china for special occasions.
Methods to Economize on Clothing:
ـ       The housewife’s knowledge of sewing, clothes design, and embroidery aids in decreasing expenditure on ready-made clothes. This results in savings on a good portion of the budget.
ـ       Purchasing materials that are leftover at bargain prices and selecting from them suitable color co-ordinations when designing children's clothes.
ـ       Promptly mending small tears in clothes before they increase in size. Loose buttons should also be fixed so as to save the cost of purchasing a replacement.
ـ       Following proper methods for washing, ironing and drying clothes to preserve the clothes for the longest possible period of time.
ـ       Taking care of children's clothes so that they can be used again by a younger child; to save on purchasing new clothes, taking into consideration the psychological and educational aspects related to this practice; and taking care that not all the younger child's clothes are those that were worn by elder siblings to avoid any negative feelings that may result such as feeling that the parents are favoring the elder child. Such feelings can result in jealousy and hatred between siblings. When giving a younger child his elder brother's clothes, he should be persuaded into accepting them with no hard feelings; this can be achieved by the continual fostering of love between the siblings and clarifying that there is no favoring of one over the other and that his elder sibling only gives him his clothes out of love. 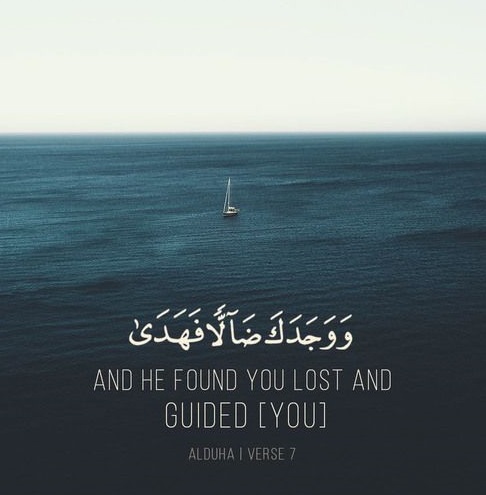