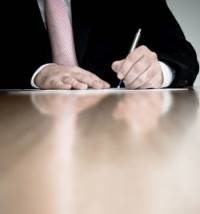 Allah, in His Noble Book, the Quran, and the Prophet

through his honorable Sunnah (Prophetic Tradition), pointed out the rulings on transactions because of people's need for them; people in general need food, clothes, houses, vehicles and other necessities of life in addition to different luxuries which are obtained through trade.

Trade is permissible according to the Quran, Sunnah, consensus of Muslim scholars, and analogical deduction.
Allah Says (what means): {...but Allah has permitted trade...} [Quran 2: 275]
And also Says (what means): {There is no blame upon you for seeking bounty from your Lord (during Hajj)…} [Quran 2: 198]
The Prophet

said: "The seller and the buyer have the right to keep or return goods as long as they have not parted. If both parties speak the truth and point out the defects and qualities (of the goods), then they will be blessed in their transaction. But if they tell lies or hide something, then the blessings of their transaction will be destroyed." [Bukhari]
Muslim scholars uniformly agree on the permissibility of trade in general.
Concerning analogical deduction, trade transactions are permissible because people's needs are interdependent, and people grant nothing for nothing. A person does not give what he has, money or goods, in return for nothing, so wisdom necessitates the permissibility of trade in order to enable people to get their needs.
Trade transactions can be validated by means of a verbal formula or an actual one. The verbal formula expresses the seller's verbal agreement on the sale when he, for example, says to the buyer, "Well, I sell it to you" and the buyer's verbal acceptance when he, for example, says, "And I buy it". The actual formula is the act of exchange itself, when the seller is given the usual price and the buyer takes the commodity, without any verbal declaration.
Sometimes a trade transaction is validated by means of both verbal and actual formulas. Shaykh al-Islam Taqiyyud-Deen, may Allah have mercy on him,  said: "There are some ways of exchange. First, when the seller gives only a verbal acceptance and the buyer takes the commodity (without declaring his acceptance). For example, a seller may say to the buyer, `Take this piece of cloth for a dinar (an old Arab coin that equals 4.25 grams of gold), and the buyer takes it (without saying a word). The same ruling applies when the price is a given material; for example, the seller may say to the buyer, `Take this piece of cloth for yours' and then the buyer takes it. Second, when the buyer declares his acceptance and the seller only gives him the commodity whether the price is a given material or the sale is on credit (and the buyer is honestly guaranteed to pay). Third, when neither the seller nor the buyer speaks (about the price) for there is a custom to that effect."  [Majmu'ul-Fataawa', 29/7-8]
There are certain conditions to be fulfilled (some related to the two parties while others to the commodity) to make a trade transaction valid, lacking any of which invalidates the transaction:
Conditions Related to the Seller and the Buyer
First: Mutual Consent: A trade transaction becomes invalid if either the seller or the buyer is unjustly forced to conclude it. Allah, The Exalted, Says (what means): {...but only [in lawful] business by mutual consent...} [Quran 4: 29]
Moreover, the Prophet

said: "Selling should be only by mutual consent." [Ibn Hibbaan, Ibn Maajah, and other compilers of Hadith]
However, a transaction concluded through just compulsion is deemed valid, as in the case when the ruler (or the one in authority) forces a bankrupt person to sell his remaining property in order to pay off his debts.
Second: Being free, having reached puberty, being legally accountable, and being sane: A trade transaction becomes invalid if either of the seller or the buyer is a minor, a foolish or weak-minded person, an insane person, or a slave who has not taken his master's permission (to conclude the transaction).
Third: Being the owner (of the commodity or the money) or a representative of the owner: The Prophet

said to Hakim Ibn Hizam: "Do not sell what you do not have (or possess)." [Ibn Maajah and At-Tirmithi who deems it a Saheeh (authentic) Hadeeth]
Al-Wazeer said: "Scholars agree that it is impermissible for a Muslim to sell whatever is not present with him or whatever he does not possess, and then goes out to buy that thing for his customer, for this is a void trade transaction."
Conditions Related to the Commodity
First: Being absolutely lawful to use: It is impermissible to sell whatever is prohibited for a Muslim to make use of, such as intoxicants, the flesh of swine, musical instruments, and dead animals. The Prophet

said: "Allah and His Messenger prohibited the trade of intoxicants, dead animals, pigs, and idols." [Bukhari and Muslim]
He

also said: "Allah prohibited intoxicants and their (gained) prices, dead animals and their prices, and pigs and their prices." [Abu Daawood]
It is also illegal to sell the impure fats (or the ones affected by impurity) for the Prophet

said: "When Allah prohibits something, He prohibits the price paid for it." [Abu Daawood]
Also, Al-Bukhari and Muslim related that the Prophet

was asked: "O Allah's Messenger! What about the fat of dead animals, for it is used for greasing the boats and the hides, and people use it (as oil) for lamps?" He

forbade selling by mulaamasah and munaabadhah." [Al-Bukhari and Muslim]
Selling by hasaah (stone), likewise, is prohibited; it is another type of sale which means that when the buyer throws a stone at a certain commodity displayed for sale, he has to buy it at the price decided by the seller.