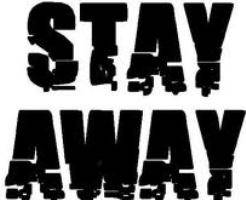 said in Al-Farq bayn Al-Firaq, “You, may Allah please you, should know that the effect of Al-Baatiniyyah is more adverse and harmful on all Muslim groups than that of the Jews, Christians and Magians. Rather, it is more destructive than Ad-Dahriyyah and all the other sects of disbelievers.” Al-Baatiniyyah is not an Islamic sect or an Islamic school of thought. Rather, it is a methodology, with which its founders aim to undermine the religion of Islam and invalidate its beliefs and the Sharee‘ah (Islamic law), as Imaam Al-Ghazaali

Researchers hold different opinions regarding the time of the birth of Al-Baatiniyyah. However, it is a justifiable difference, because the principles of their sect dictate hiding their beliefs and ideas. They take promises and oaths from those who adopt their belief not to disclose any part of it. They regard that principle as one of the basics of their religion and its pillars that should be maintained and not to be breached. The view of Imaam As-Suyooti

is that the first appearance of Al-Baatiniyyah was in 92 A.H. Some others believe that their appearance was in 205 A.H. while others say that it was 250 A.H. There are some who believe that it appeared in 276 A.H., when their leader Maymoon Al-Qaddaah founded the sect.

The names of Al-Baatiniyyah represent the descriptions of their characteristics and there is a specific reason behind every name. Amongst their names are:

They were named so for they claimed that there is an inner, esoteric level of meaning of the Noble Quran and the Hadeeths (narrations) of the Prophet

in addition to the outer, exoteric level of meaning like the core and the skin of everything. Such inner esoteric meanings act as symbols and indications to specific facts and the mind that cannot probe such secrets and inner meanings will be afflicted by 'burdens and shackles' which mean, according to them, the religious obligations from which only the one who realizes the inner esoteric meanings will be released.

They were given this name after a man called Hamdaan Qarmat. He was one of their callers and leaders, so his followers were named after him Qaraamitah and Qarmatiyyah.

They were given this name from the root word ‘Khurram’ which is a non-Arabic word that means ‘a good thing, which makes one feel happy and excited whenever he sees it’. This title indicates the essence and the core of their doctrine. It suggests transgressing the obligations, easing the burdens of the rulings of religion for the worshipers, giving the green light for people to follow different kinds of pleasures and follow their desires and lusts, enjoying all that is allowed and forbidden. Perhaps they were named as such because of the reasons that will be mentioned later while discussing the title of “Al-Baabakiyyah”.

They were thus named after one of their leaders and tyrants, whose name was Baabak Al-Khurrami. He appeared in 201 A.H. in Azerbaijan. He was an atheist who fought the Muslim armies and defeated them. Thus, he became wicked and tyrannical, spreading great fear among the people. He ruled for twenty years causing mischief on the earth and killing an estimated 255, 500 people. Whenever he heard that someone had an attractive daughter or sister, he asked him for her. If she was not sent to him, he would take her by force. He brutally routed the Muslim armies, destroying and scattering them.

Then Allah The Almighty decreed his total destruction. Caliph Al-Mu‘tasim Billaah sent his armies to fight him and they defeated him and his followers. They arrested Baabak and crucified him. Thus, his followers dispersed and scattered everywhere. Historians mention that there is still a group of Al-Baabakiyyah and they have a night in which they all gather with their men and women and extinguish their lights and candles. Then every man jumps on a woman to amuse himself. They claim that whoever captures a woman then she is lawful for him by hunting.

They were given this name after Ismaa‘eel Al-A‘araj (the Lame), the son of Ja’far As-Saadiq, who they claimed was their Imaam. They also believe that he is the last heir of the imamate because he was the seventh Imaam after Muhammad

They were named so because they dyed their clothes red (In Arabic, ‘Ahmar’ means red) during the time of Baabak Al-Khurrami. They wore red clothes and it became their symbol. It was also said that they were named thus because they claimed that all other groups that do not agree with them and the people of truth are Hameer (donkeys).

They were named so because their belief is based on invalidating reasoning and ignoring the action of the mind and calling all creation to learn from the infallible Imaam and that it is impossible for anyone to attain knowledge except through him.

Soofism in the scale – I