The Salam (Sale of Payment in Advance) 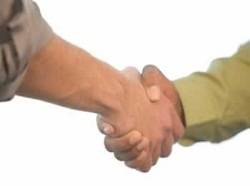 The salam is payment in advance with delaying the receipt of the sold item. The Muslim faqihs (jurists), may Allah have mercy on them, define the salam as: “A contract according to which the price of a clearly defined item is paid in advance at the place of concluding the contract, and the sold item is to be received later.”

This kind of transactions is permissible according to the Quran, the Sunnah (Prophetic Tradition) and the consensus of Muslim scholars. What proves that is what Allah, The Exalted, Says (what means): {O you who have believed, when you contract a debt for a specified term, write it down...} [(Quran 2: 282]

Ibn ‘Abbaas, may Allah be pleased with him, says: “I testify that Allah has made lawful to us (Muslims) to pay in advance for the price of a thing to be delivered later after a specified term. He then recited this above-mentioned verse.”1

arrived at Madeenah and found its people paying in advance the price of fruits to be delivered later after a year, two or three, he said: “Whoever pays in advance the price of a thing - (or “...of fruits...” according to another narration) - to be delivered later should pay it for a specified measure at specified weight for a specified period.” [Al-Bukhari and Muslim]

This Hadeeth proves that the salam is permissible when these conditions are fulfilled. Besides, Ibnul-Munthir and other scholars

report that scholars uniformly agree that the salam is permissible3. Moreover, people need the salam, since one of the parties of the transaction may be in need for being paid the price of an item in advance while the other may be in need for buying an item for a cheap price.

In addition to the conditions of selling, there are some conditions necessary for validating the salam:

Third: The sold item must be a specified quantity, weight or measure. This is according to the meaning of the Hadeeth in which the Prophet

Besides, if the quantity of the sold item is unspecified, it becomes difficult to be exact.

Fourth: There must be a specified period for receiving the sold item. This is because the Prophet

says in the above-mentioned Hadeeth, “...for a specified period.” Besides, Allah, Exalted be He, says (what means): {O you who have believed, when you contract a debt for a specified term, write it down...} [Quran 2: 282]

With regard to this issue, both the Hadeeth and the noble verse state that in the salam both parties agree to the condition stating that the sold item is to be delivered later according to a specified period known to both of them.

Fifth: The item sold must be present when the time of reception is due, in order to be delivered at the stipulated time. Thereby, if that item is not available when its time of delivery is due, the salam does not become valid, such as paying the price of ripe dates and grapes in advance and stipulating that the sold item be delivered in winter, (such crops are not available at such a time).

Sixth: The price of the sold item must be paid fully in advance at the time of concluding the contract. This is according to the Hadeeth in which the Prophet (

) says: “Whoever pays in advance the price of a thing to be delivered later should pay it for a specified measure...”

In this connection, Imaam Ash-Shaafi'i, may Allah have mercy on him, said: “The transaction of the salam is not valid, except when the price is paid in advance and before the two parties (the seller and the buyer) leave the place where they have concluded the transaction. Besides, if the price of the sold item is not paid at the time of concluding the contract, it will be regarded as selling a debt for a debt, which is impermissible.”

Seventh: The sold item is not to be specific (e.g. a certain house or a specified tree). Rather, it should be regarded as a debt in the seller's liability. Thereby, the salam is not valid when specifying a certain house or a certain tree to be given, because this tree or house may get damaged before being delivered to the buyer. In this way, the desired purpose for which the salam has been decreed will not be fulfilled.

One of the rulings on the salam is that it is impermissible to sell the item sold according to the salam to someone else (by the buyer) before it is received. This is because the Prophet (

) forbade selling foodstuffs before receiving them4. In this case, the hawalah5 is invalid, since the hawalah is only valid regarding a stable debt while the salam can then be annulled.

Another ruling on the salam is that if the sold item is not present or available at the due time, such as in cases when the trees have not born fruits at the year of delivery, the one who has paid for the item in advance may choose whether to wait until the fruits are available, or he may ask for annulling the contract and ask for the money he has paid. This is because in case the contract is annulled, it is obligatory for the seller to repay the price paid in advance. If the payment given by the buyer against the sold item is damaged, a compensation for it must be paid. And Allah, Exalted be He, knows best.

In fact, allowing such a kind of transactions is a sign of the facilitation and benevolence by which our Sharee’ah is characterized. This is because the salam facilitates many things for people and helps them do what benefits them. Besides, the salam does not involve ribaa’ or the like of other forbidden transactions. All praise is due to Allah for the facilitation He grants.