The Inherent Differences Between Man and Woman - II 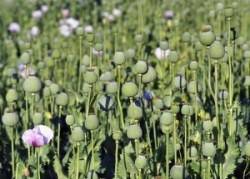 Here is a set of features with which men and women have been characterized:

From among the rulings assigned to men, a mention may be made of the following:

• Men are in charge of the household in general and of preserving, caring and safeguarding virtue, holding back vice and protecting those under their guardianship from evil. They are also in charge of the household in terms of earning a living and spending upon it. In confirmation of this, Allah The Almighty Says (what means): {Men are in charge of women by [right of] what Allah has given one over the other and what they spend [for maintenance] from their wealth. So righteous women are devoutly obedient, guarding in [the husband's] absence what Allah would have them guard.} [Quran 4:34]

Consider the effect of that responsibility in the word "under" in the Grand Quran as stated by Allah The Almighty in Soorat At-Tahreem: {Allah presents an example of those who disbelieved: the wife of Noah and the wife of Lot. They were under two of Our righteous servants.} [Quran 66:10]

• Prophethood and the delivering of Allah’s message are the domain of men and not women. In confirmation of this, Allah The Almighty Says (what means): {And We sent not before you [as messengers] except men to whom We revealed from among the people of cities.} [Quran 12:109]

According to scholars of Tafseer (Quranic exegesis), Allah The Almighty has never sent as a prophet a woman, an angel, a jinn, or a Bedouin.

• As for public guardianship and the jobs done under it like the judiciary, public administration, and so on, and all other forms of guardianship like that in marriage, are also the domain of men.

• Men are specifically assigned, to the exclusion of women, many acts of worship such as the obligatory duty of Jihaad, Jumu‘ah (Friday prayer in the mosque) prayer, congregational prayers (in the mosque), pronouncement of the Athaan and Iqaamah (calls to prayer), and so on. Divorce also is made in the hand of the man and not the woman, and the custody of the children are given to the man and not the woman.

• The man's share of inheritance, blood-money and his witness is twice that of the woman.

These and other rulings assigned exclusively to men explain the meaning of what is mentioned by Allah The Almighty at the end of the Noble Verse of Divorce in which He Says (what means): {But the men have a degree over them [in responsibility and authority]. And Allah is Exalted in Might and Wise.} [Quran 2:228]

On the other hand, there are many rulings that Allah The Almighty assigned to women in acts of worship, social interaction, marriage and its ramifications, judgments, and so on. They are well-known in the Quran and Sunnah as well as in the writings of jurists. Many books, in the past as well as the present, have been dedicated to this purpose in particular.

Some of these pertain to her Hijab and guarding her virtue.

That Allah The Almighty has assigned to each sex a set of rulings has three implications:

First, to have faith in and acknowledge the physical, mental and Sharee‘ah-determined distinction between men and women. Each should be satisfied with what has been decreed by Allah The Almighty for him/her. Perfect justice lies in these distinctions, and through observing them, order is achieved in the life of human society.

that Umm Salamah, may Allah be pleased with her, said, “O Messenger of Allah, will men take part in Jihaad and we [women] not do so? Why should we have only half their inheritance?” On that Allah The Almighty revealed (what means): {And do not wish for that by which Allah has made some of you exceed others.} [Quran 4:32] [At-Tabari, Ahmad, Al-Haakim and others]

“Allah The Almighty means here, 'Desire not that with which Allah has favored some of you over others'. It is mentioned that it was revealed in connection with some women who wished to be in the same position of men and have what they have, but Allah The Almighty forbade His slaves to have such false wishes and commanded them to ask Him for His Bounty, as such wishes always draw envy and transgression with no just cause.”

Third, if mere wishing is forbidden as stated by the Quran, then what about those who actually deny the Sharee‘ah-determined distinctions, call for their cancellation, and claim equality, to which they invite in the name of equality between man and woman?

Undoubtedly, this is an atheistic theory for it contradicts the universal norm of Allah The Almighty that decreed these physical and moral distinctions between men and women and seeks to disregard Islam with its Sharee‘ah-related texts which determine, in many rulings, the differences between the male and the female.