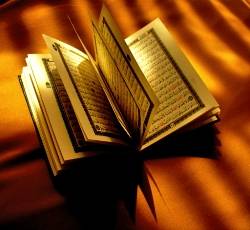 in the English language. The need is so big, almost any time an additional book found its way to the market, it became an immediate success.

This should not, however, be construed to mean that Fiqh is an easy subject to write about. On the contrary, the books of Fiqh are not all equal. A few can quickly distinguish themselves especially if they were to be small and brief in their presentation of the issues discussed in addition to being based on Daleel (evidence) from the Quran and the Sunnah and not on mere statements of what a specific Madhab (School of Jurisprudence) or scholar says about the topics included. And the book at hand, in this review, is one such book.

This is not a statement against following the well-known four Madhabs (Hanafi, Shafi'i, Maliki and Hambali) – by necessity; the overwhelming majority of Muslims must follow one of them. Any Muslim who is not a scholar capable of making Ijtihad (Thorough study or research on religious matters) must follow a Madhab –in fact even when we don't know it, anytime we refer a book, seeking for a Fatwa (Juristic verdict), or counsult a scholar for it, our Madhab becomes that of whoever gives us the answer or the Fatwa. What is a major shortcoming of most Madhab books –especially the late ones—is that they have eliminated the mention of the Daleel which made them mere statements of rulings—thus taking Ittiba' (accept a religious ruling/opinion unquestionably) or `following' out of context and making it pure imitation of others as well as missing the chance of educating their followers.

Throughout this book, the Concise Presentation of the Fiqh of the Sunnah and the Noble Quran, a Muslim can learn most of the topics of Ibadah (acts of worship) as well as many of most needed issues of Mu'amalat (dealings) in our times with great ease and confidence. "...albeit small in comparison with the larger works," this book, as described by the forwarder, "has combined together two books." What he meant was that the extensive use of Hadeeth, by the author, as evidence for the issues discussed, made the book look like a book of Hadeeth combined with a book of Fiqh. This is a great display of the statements and actions of the Prophet Muhammad

thus the "...combination of these two is a great blessing."

Since this book was originally written in Arabic, it is important to mention that its translation is professional and faithful to the subject which should make it easy to read and facilitate the learning of Fiqh from it. Also, this edition contains helpful tools that should further facilitate understanding and learning, and an easy to follow Glossary with Arabic to English translation, a transliteration chart and a Symbols directory.

One good advantage of this book is that it draws from Saheeh or authentic narrations, which allows the reader to grasp basic aspects of Fiqh but not get overwhelmed with lengthy details that typically arise from relying on disputed narrations. Over all, I was very impressed by the book and I pray that everyone who reads it feels the same and learns a lot from it. In reading the final words of the author I felt a great deal of satisfaction because his statement at the last section in the book dealt with emancipation. He did so hoping to get emancipated from Hellfire and receive the mercy of the All-Compassionate, Most-Merciful God, Allah—may He be praised and glorified.