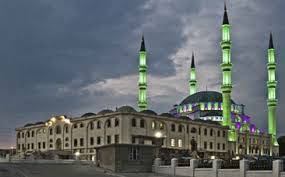 Islamic charity organizations in South Africa have begun distributing food packages to less fortunate Muslims across Africa to ensure they do not lack food with which to break their Ramadan fast.

He said his organization hoped to feed over three million Muslims in Africa during this year’s fasting month of Ramadan, which began on Thursday.

“Last year, we fed over one million Muslims during Ramadan. This year, we hope to triple that to three million, God willing,” Choonara added.

During Ramadan, adult Muslims – except for the sick and those undertaking journeys – abstain from eating, drinking, smoking and sexual relationship between spouses from dawn to sunset.

Choonara said AMA had built dozens of mosques across the continent, where its staff members were providing poor Muslims with hot meals for Iftar and Suhoor.

He added that his organization also provided uncooked food packages to poor families who preferred to prepare their own meals.

When asked where AMA obtained its funding, Choonara explained: “We normally raise funds from the South African Muslim community, which contributes to us through zakat [Islamic almsgiving] and other forms of donations.”

The AMA, which was established over two decades ago, is also distributing blankets and winter clothes to less fortunate Muslims in South Africa, which is now in the middle of its winter season.

“Ramadan is in winter [this year in South Africa]. Muslims will not only be feeling hungry, but also cold – so we’re giving them blankets, jackets and other winter items,” Choonara said.

A number of other South African Islamic charities – including Islamic Relief South Africa – have joined the campaign to feed thousands of poor African Muslims this Ramadan.

He explained that the food hampers contained rice, maize meal, oil, sugar, and other foodstuffs sufficient to feed a family of five for the entire fasting month.

Vawda said most of the campaign’s beneficiaries were poor Muslims who the organization identifies through local community leaders and mosque imams.

“We hope to feed over 5,000 people in South Africa and Zimbabwe this Ramadan and will continue distributing food hampers throughout the fasting month,” he said.

“I’m grateful to the Muslim organizations that have given us food with which to break our fast. We appreciate it a lot,” Mohamed Yasin, an elderly man from Johannesburg’s Enadel suburb, told Anadolu Agency.

“Thank God, I’m sorted now,” he said with a smile, adding that he could now focus on prayers and fasting without worrying where he would find his next meal.

Aisha Ali, a resident of Johannesburg’s Mayfair suburb and a charity beneficiary, was no less appreciative.
“I thank God for helping us through these [Islamic charity] organizations,” she told Anadolu Agency.

A mosque in South Africa