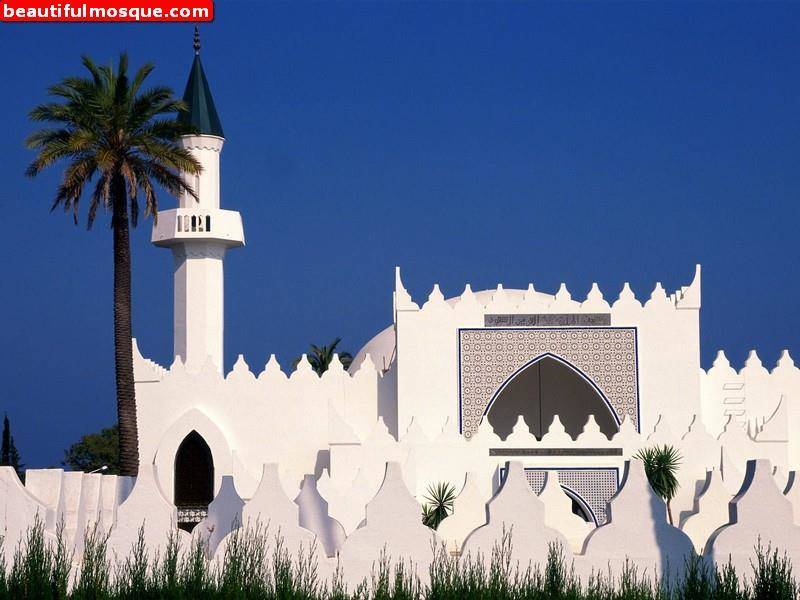 During the same week as headscarves and Muslim fashion made a stunning debut on the catwalks of New York Fashion Week, women in Spain choosing to don headscarves saw a small victory of their own.

Takwa Rejeb, 22, a vibrant tourism student, made headlines across the country when she denounced a school in Valencia, on Spain’s eastern coast, for prohibiting her from wearing a headscarf.

“I couldn’t find my class so I went to the principal of the school, who was there, and he told me my classes were in the afternoon. Then he said, ‘Just so you know, you won’t be able to study with that,’ and I asked, ‘With what?’ and he said, ‘With that headscarf,’” Rejeb told the media last Friday.

Even though the school, Benlliure High School, told her there had been three other cases of girls not being allowed to study with headscarves, she felt it was a violation of her rights.

Instead of taking it off or going to a different school, she decided to challenge the ban.

Together with a lawyer from SOS Racismo, an umbrella organization of anti-racist groups, she brought the case to the Valencia Education Department. Valencian authorities originally told Spanish daily El Pais that it is up to the school to decide on the dress code.

Benlliure’s principal said the rule was “reasonable and widely accepted” by students, citing reasons of “homogeneity and health” to justify the ban on all headgear, according to El Pais.

'She changed the rules'

“It’s fantastic what she did, she changed the rules, and I really hope that this will be the last case like this,” Fatima El Arroudi, a pharmacist and headscarf-wearing fashion blogger in Spain, told Anadolu Agency.

El Arroudi said she has had to fight her own battles with discrimination in Spain.

She said when she had to do an internship to finish her schooling, she was rejected by several places and her tutor wouldn’t help her find a placement as long as she wore a headscarf.

“Let’s just say that when all my friends found internships within weeks, I was still looking the following year,” she said.

“I just wish that headscarves had another image. Really smart girls are sitting around without jobs because of discrimination. People think that when we wear headscarves we cover our minds, but look, we’re just covering our hair,” she said.

In Spain, there is no law that forbids women from wearing headscarves. However, particular rules are decided by Spain’s 17 individual autonomous communities.

Spain’s various regions publish general guides about how schools, public spaces, and workplaces should deal with religious symbols, including moderate Muslim dress. Depending on the community, some institutions have a lot of leeway to impose their own specific norms about the dress code.

“The laws and norms are interpretable and ambiguous, which allows different actors in society to act totally arbitrarily when it comes to allowing headscarves,” Silvia Carrasco Pons, an anthropology professor at the Autonomous University of Barcelona, told Anadolu Agency.

In Valencia, the government decided to step in to review their own laws regarding religious symbols, but in other regions of Spain, the law has fallen on the side of prohibiting headscarves.

In Madrid, a similar case ended with completely different results. In 2013, the Supreme Court of Madrid ruled that a school was within reason when they told a 16-year-old girl who wanted to wear a headscarf that it was against the school’s dress code, much like a hat.

The girl was moved to a different school that allowed headscarves.

Other very public cases have occurred in Spain, including in 2009 when lawyer Zoubida Barik Edidi was told she couldn’t take the witness stand because she was wearing a headscarf. That was not the first time she had taken part in a trial, but this judge decided it was against the norms.

She is still fighting the case, and this year her case was rejected by the European Court of Human Rights, which said she should continue in the Spanish legal system.

“In Spain, the lack of clarity around the laws means that cases like this are always coming up… We should make precise rules and have official debates to make it less arbitrary… The bodies of women shouldn’t be used as ideological battlefields,” said Carrasco.

Despite the varied rules, Article 14 of the Spanish Constitution says, “Spaniards are equal before the law and may not in any way be discriminated against on account of birth, race, sex, religion, opinion or any other personal or social condition or circumstance.”

“For me, the headscarf is religious, it’s practically my life. If it was for fashion or culture I would understand the different opinions, but the Quran obliges women to cover their head,” Rifkat El Hichou, journalist and secretary general of the Young Muslims of Spain, told Anadolu Agency. Rifkat el hichou Rifkat el hichou

She is from Spain and wears a headscarf. She said in general her experience has been positive, but had one professor who took the rules into his own hands.

“He asked me, ‘What do you want to do with your life?’ I said, ‘Be an audiovisual journalist,’ and he said, ‘You seriously think you’ll be able to present the news looking like this?’ in front of the whole class.”

After class, he told her that she wouldn’t be allowed to attend. In the end, she talked to the university administration and they made the professor teach her the required class.

“People are always talking about living together equally, but when you discriminate against headscarves, that’s gone, you’re taking away my rights,” said El Hichou.

“Anytime we hear about headscarves, it’s always in reference to submissive women, or controversies like this, but people need to realize that all kinds of women wear headscarves – great journalists, architects, and politicians, there’s such a variety, but all these advances don’t make it to the news.”