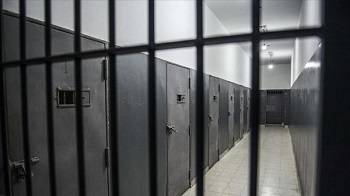 "Israeli authorities are holding 350 Palestinian children aged between 12 and 18,” the Palestinian Prisoners Society said in a statement on the occasion of the UN Universal Children’s Day.

It said twelve females were among jailed children in Israeli prisons.

According to the NGO, more than 2,000 Palestinian minors have been detained by Israeli forces since 2015.

"Israel has committed several violations against Palestinian children, including firing live ammunition against them, detaining them and [keeping them] without food and water in addition to beating and intimidation,” it said.

It said some Palestinian children were slapped with life sentences by Israeli courts, while others were sentenced to 10 years in prison.

The NGO went on to call on international organizations, particularly the UNICEF, to intervene to protect Palestinian children in Israeli prisons.

According to Palestinian official figures, more than 7,000 Palestinians are currently held in detention facilities throughout Israel.