The Muslim Minority in Japan 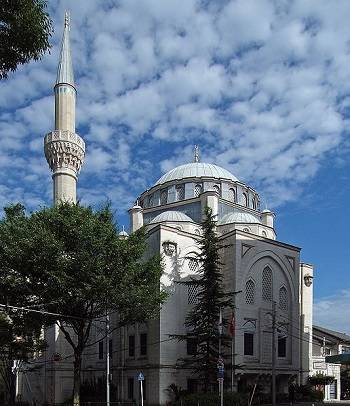 Japan lies to the East of the Asian Continent. It is an archipelago of islands in the Pacific Ocean, surrounded by Russia and North Korea and South Korea in the West.

According to the latest statistics, its population is 127.3 million.

Approximately 80% of Japanese people adopt Buddhism and Shintoism, more than 1% are Christians and less than 1% are Muslims; the number of Muslims in Japan is about 150,000. Muslims are spread all over Japan, from Hokkaido, the farthest island in the North of Japan, to the farthest small island of Okinawa in the South, near Taiwan, and from the farthest East (Tokyo) to the farthest West (Kanagawa and Tottori/Shimane).

The first Japanese person to embrace Islam was ‘Abd-Al-Haleem Effendi (previously Osotara Noda) in 1891, the correspondent to the Yeiji Shimbun newspaper. As a result of a debate between him and the leader of Muslims in Liverpool, Abdullah Quilliam Effendi, in Istanbul, asked about how the Islamic religion agrees with reason and logic. Their discussion was in English, and when he related the reason-based proofs, which he found acceptable, he was guided, by Allah, to the straight path.

The first Japanese person to perform Hajj was Omar Yamaoka (Taro Yamaoka) in 1909. He performed Hajj in the company of Abdürreşid İbrahim, therefrom, they went to Istanbul. When Japan occupied China, Indonesia, Malaysia and the Philippines, a number of Japanese people embraced Islam. The first group of callers to Allah that visited Japan after World War II belonged to Ad-Da‘wah Wat-Tableegh (1956-1960); many Japanese people embraced Islam at their hands.

One of the most famous callers to Allah who visited Japan and had a strong impact was ‘Ali Ahmad Al-Jirjaawi, an Egyptian Sharia lawyer. In 1906 he heard about a conference to be held in Japan, where the Japanese would discuss the different religions in order to choose the most suitable. He traveled for that purpose and wrote a book called Ar-Rihlah Al-Yabaniyyah (The Japanese Journey), in which he mentioned that about 12,000 Japanese persons were guided to Islam at his hands. On this journey, he was accompanied by three callers to Allah, one from China, another from India and a third from Russia. The book was published in Cairo in 1907.

From among the most important Islamic institutions in Japan are:

The Japanese Islamic Center: a legal corporation which was founded in 1965 and was registered and recognized by the Japanese government in 1980. It introduces Islam to the Japanese people in general and invites the Muslims in Japan through thinking, direction, books and teaching, and it cooperates with all Muslim individuals and groups in Japan. One of its important missions is to find a suitable climate for cooperation and mutual recognition between Japan and the Islamic world. The center raises an important three-point slogan: invitation, publication and coordination.

5- The Association of Japanese Muslims, which represented the organized Islamic gathering in Japan till 1953. It was the first Islamic association to be founded by the pre-World War II Muslims who returned after their embracing Islam in Indonesia, Malaysia and China, along with the early Muslims who survived in Japan.

6- The Islamic Association in Hokkaido; and,

7- The Association of Muslim Women in Osaka and Kyoto.

Translations of the meanings of the Quran

Dr. As-Samirraa’i, Director of the Islamic Center in Japan, mentions that there are five Japanese translations of the meanings of the Quran, one of which was made by three Muslims in Mecca: the Japanese Omar Mita, the Pakistanis Abdürreşid Arshad and Mustafa Komora

all.
The Islamic associations in Japan exert great efforts to spread Islamic da‘wah (proselytization) through building Islamic schools and giving care to teaching the Noble Quran and Arabic language. Also, the Muslim World League established an Islamic Center in Tokyo.

Difficulties which Muslims encounter in Japan

Muslims in Japan suffer from difficulties, mainly centered on language, translation, the need for qualified teachers and the spread of schools throughout Japan.
Japanese Muslims are in need of copies of the Noble Quran and are in dire need of the translation of the books of hadith, Fiqh and tawheed (monotheism).

A Mosque in Japan