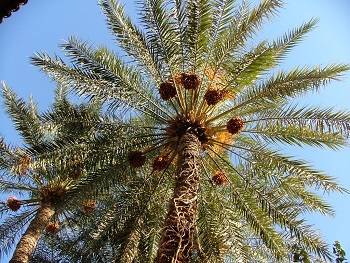 This is an article about Maryam, the mother of ‘Eesa (Jesus), may Allah exalt their mention, whom Allah has chosen from among the women of the entire world. Many Islamic texts from the Quran and the Sunnah of the Prophet

praised her, honored her, and glorified her. It is an obligation on us to defend her and clarify her noble status because she is disrespected and dispraised in the media.

As Muslims, we respect, honor, and hold Maryam, the daughter of ‘Imran, may Allah exalt her mention, in high esteem. She was a chaste virgin and is the best of the women of the world
The Muslims respect and love her for many reasons, among which are the following:

• Allah praised her and described her as being pure and chaste; Allah says (what means): {And [the example of] Mary, the daughter of ‘Imran, who guarded her chastity, so We blew into [her garment] through Our angel [i.e. Gabriel], and she believed in the words of her Lord and His scriptures and was of the devoutly obedient.} [Quran 66:12] Indeed, Allah mentioned her and elaborated on the details of her story in many verses in the Quran.

• Maryam, may Allah exalt her mention, was brought up in a pious and religious family like her mother, may Allah be pleased with her, who vowed to Allah to dedicate what was in her womb to His Services and to serve His Religion; Allah says (what means): {[Mention, O Muhammad], when the wife of ‘Imran said, “My Lord, indeed I have pledged to You what is in my womb, consecrated [for Your service], so accept this from me. Indeed, You are the Hearing, the Knowing.” But when she delivered her, she said, “My Lord I have delivered a female.” And Allah was most knowing of what she delivered, and the male is not like the female. And I have named her Mary, and I seek refuge for her in You and [for] her descendants from Satan, the expelled [from the mercy of Allah].”} [Quran 3: 35-36]

Indeed, Allah accepted the supplication of the mother of Maryam as He appointed a Prophet, Zechariah, may Allah exalt his mention, to her care and service so that she would be brought up upon the Guidance of Allah. Allah says (what means): {So her Lord accepted her with good acceptance and caused her to grow in a good manner and put her in the care of Zechariah. Every time Zechariah entered upon her in the prayer chamber, he found with her provision. He said, “O Mary, from where is this [coming] to you?” She said, “It is from Allah. Indeed, Allah provides for whom He wills without account.”} [Quran 3:37]

• Maryam, may Allah exalt her mention, reached a status and an honorable level that no other woman has reached; the Prophet

mentioned and clarified this in many hadiths. For instance, we cite the following:

- “Many men have reached the level of perfection, but no woman reached such a level except for Maryam, the daughter of ‘Imran, and Asia, the wife of Pharaoh.” [Al-Bukhari and Muslim]

- “The best of the women of Paradise after Maryam bint ‘Imran are Fatimah [the daughter of the Prophet], Khadeejah [the Prophet’s wife], and Asia, the wife of Pharaoh.” [As-Silsilah As-Saheehah]

- “The best of the women of the world are Maryam bint ‘Imran, Khadeejah bint Khuwaylid, Fatimah bint Muhammad, and Asia, the wife of Pharaoh.” [At-Tirmithi]

• The whole Muslim nation agrees that Maryam, may Allah exalt her mention, was of great honor and high status, and they consider her as an example regarding purity and chastity.

• A whole Chapter in the Quran was named after her, and she is the only woman who was given this honor (as no other Chapter is named after any other woman), and Allah elaborated in detail on the story of her conceiving ‘Eesa, may Allah exalt his mention, and her giving birth to him.

• Maryam, may Allah exalt her mention, was the one who was given as an example – along with Asia bint Muzahim [the wife of Pharaoh] – for the Muslim women, and for men as well. Allah says (what means): {And Allah presents an example of those who believed: the wife of Pharaoh, when she said, “My Lord, build for me near You a house in Paradise and save me from Pharaoh and his deeds and save me from the wrongdoing people.” And [the example of] Mary, the daughter of ‘Imran, who guarded her chastity, so We blew into [her garment] through Our angel [i.e. Gabriel], and she believed in the Words of her Lord and His scriptures and was of the devoutly obedient.} [Quran 66:11-12]

• Maryam, may Allah exalt her mention, was known for her chastity and virginity even after giving birth to ‘Eesa, the Messenger of Allah, may Allah exalt his mention. She sought refuge with Allah when the angel Jibreel (Gabriel) appeared to her in the form of a man in all respects, as Allah says (what means): {She said: Verily! I seek refuge with the Most Merciful (i.e. Allah) from you if you do fear Allah.} [Quran 19:18]

• Allah honored her by declaring her not guilty and by protecting her honor and dignity with a great miracle as He made her son –‘Eesa – speak while he was still in the cradle in order to declare her innocence and refute the accusation of the people of falsehood and corruption. Indeed, Allah mentioned the story of how she conceived her son and how she gave birth to him in detail. Allah says (what means): {Then she brought him to her people, carrying him. They said, “O Mary, you have certainly done a thing unprecedented. O sister of Aron, your father was not a man of evil, nor was your mother unchaste.” So she pointed to him. They said, “How can we speak to one who is in the cradle a child?” [‘Eesa] said, “Indeed, I am the servant of Allah. He has given me the Scripture and made me a Prophet. And He has made me blessed wherever I am and has enjoined upon me prayer and zakah as long as I remain alive. And [made me] dutiful to my mother, and He has not made me a wretched tyrant. And peace is on me the day I was born and the day I will die and the day I am raised alive.” That is ‘Eesa, the son of Mary – the Word of Truth about which they are in dispute. It is not [befitting] for Allah to take a son; exalted is He! When He decrees an affair, He only says to it, “Be,” and it is.} [Quran 19:27-35]

• Allah selected her to be a pious believing mother for one of the Prophets of great determination; the five great Prophets in the history of mankind [Muhammad, Noah, Ibrahim (Abraham), Moosa (Moses), and ‘Eesa (Jesus)], may Allah exalt their mention.

• She conceived ‘Eesa, may Allah exalt his mention, in a miraculous manner, as the angel Jibreel (Gabriel) breathed into her womb and she became pregnant, and then she gave birth to him.

• She is honored, as Allah attributed her great son – ‘Eesa, the son of Mary –23 times to her out of the 34 times that she is mentioned in the Quran.

• Allah honored her with a number of miracles before her pregnancy and after she gave birth, such as the food which Allah blessed her with when there was nobody to give her food or when she was in lack of it. Allah says (what means): {...And He put her in the care of Zechariah. Every time Zechariah entered upon her in the prayer chamber, he found with her provision. He said, “O Mary, from where is this [coming] to you?” She said, “It is from Allah. Indeed, Allah provides for whom He wills without account.”} [Quran 3:37] Allah also blessed her with the stream and the palm tree, which Allah created for her so that she would eat and drink from them in the lonely place where she was, in order to give birth far from the eyes of the people. Allah says (what means): {...But he called her from below her: Do not grieve; your Lord has provided beneath you a stream. And shake toward you the trunk of the palm tree; it will drop upon you ripe, fresh dates. So eat and drink and be contented...} [Quran 19:24-26]

• She was strong in her religion. She endured much hardship and remained steadfast to the last second of hardship, especially when she became pregnant, when she gave birth, and when she breastfed her son.

• Her name spread widely among the Christians and the Muslims. Indeed, many Muslims like to name their daughters Maryam, and her name is the most used name for females around the world, without a doubt, as it is in the Christian world. Her name especially spread among the women in Spanish speaking countries, such as Mary Augustine, Mary Asunción, Mary Antoinette, Miriam, Mary Carmen, Mary Magdalene, Virginia, etc.

Maryam, may Allah exalt her mention, is a role model for all Muslim women because she maintained her impeccable character throughout her life. Allah raised her status and chose her from among the women of the entire world. Indeed, many verses and many hadiths clarify her great status.

Allah blessed her with some miracles, protected her, and defended her against any accusations and blasphemy. On the other hand, Maryam, may Allah exalt her mention, demonstrated her genuine devotion and loyalty to Allah through her immaculate virtue and behavior. She also expressed her profound and genuine devotion to Him through her determination, devotion, and unconditional surrender to His Will. She placed all of her hope and trust only in Allah.

As a result, Allah supported her with His Grace and Help and turned all hardship into goodness and beauty.

She became pregnant and delivered her child all by herself. She showed patience and complete faith in Allah and endured the accusations of her people. Consequently, Allah eased her burden, supported her, and refuted all the accusations against her.

Maryam, may Allah exalt her mention, has a superior and honorable position.

As Muslims, we should honor her, defend her dignity and chastity, and clarify the truth about her to the people of the whole world. She is the best example for all women to follow. She was indeed the best woman ever throughout the history of humankind, may Allah exalt her mention.