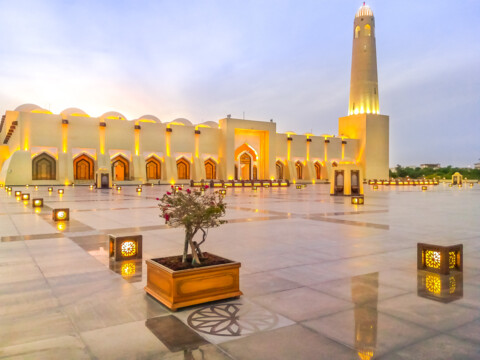 Islam is not a religion in the common, distorted meaning of the word, confining its scope to the private life of man. It is a complete way of life, catering to all the fields of human existence. Islam provides guidance for all aspects of life – individual and social, material and moral, economic and political, legal and cultural, national and international. The Quran enjoins man to enter the fold of Islam without any reservation and to follow God’s guidance in all fields of life.

In fact, it was an unfortunate day, when the scope of religion was confined to the private life of man and its social and cultural role was reduced to naught, as has happened in this century. Perhaps no other factor has caused the decline of religion in the modern age, than its retreat into the realm of private life. A modern philosopher says: “Religion asks us to separate things of God from those of Caesar. Such a judicial separation between the two means the degrading of both the secular and the sacred… That religion is worth little, if the conscience of its followers is not disturbed when war clouds are hanging over us all and industrial conflicts are threatening social peace. Religion has weakened man’s social conscience and moral sensitivity by separating the things of God from those of Caesar.”

Islam totally denounces this concept of religion and clearly states that its objectives are the purification of the soul, and the reform and reconstruction of society. The Quran says (what means): “We have sent our Messengers with clear signs, and sent the Book and the Balance of right and wrong down with them, so that mankind may conduct themselves with all fairness. We have sent down iron wherein is great might as well as benefits for mankind, so that Allah may know who is supporting Him and His Messenger.”  [Quran 57:25]

Thus, even a cursory study of the teachings of Islam shows that it is an all-embracing way of life and does not leave any aspect of human existence to become a playground for satanic forces.

Balance between the Individual and Society

Another unique feature of Islam is that it establishes a balance between individualism and collectivism. It believes in the individual personality of man and holds everyone personally accountable to Allah. It guarantees the fundamental rights of the individual and does not permit anyone to tamper with them. It makes personality development one of the prime objectives of its educational policy. It does not subscribe to the view that man must lose his individuality in society or in the State. According to the Quran (what means): “Man shall have nothing but what he strives for.” [Quran 53:39]

And (what means): “And whatever suffering you suffer, it is what your hands have wrought.” [Quran 42:30]

And (what means): “Allah does not change what any people have until they change what is in themselves.” [Quran 13:11]

And (what means): “Allah only assigns to a soul what it can cope with, in its favor stands whatever it has earned, while it is held responsible for anything it has brought upon itself.” [Quran 2:286]

On the other hand, it also awakens a sense of social responsibility in man, organizes human beings in a society and a State and enjoins the individual to subscribe to the social good. In Islam, prayer is offered in congregation, which inculcates social discipline among Muslims. Everyone is enjoined to pay Zakah and it has been laid down in the Quran (what means): “The beggar and the destitute have due rights in their (i.e. the rich person’s) wealth.” [Quran 51:19]

Jihaad has been made obligatory, which means that the individual should, when the occasion arises offer even his life for the defense and protection of Islam and the Islamic State. The Prophet

said: “All mankind is a fold, each member of which shall be a keeper or shepherd to every other, and be accountable for the entire fold.”

also said: “Live together; do not turn against each other; make things easy for others and do not put obstacles in each other’s ways.”

further said: “He is not a believer, who takes his fill while his neighbor starves.”

said: “The believer in Allah is he, who is not a danger to the life and property of any other.”

In short, Islam neglects neither the individual nor society – it establishes a harmony and a balance between the two and assigns to each its proper due.

The message of Islam is for the whole of the human race. Allah is the God of the entire world [Quran 1:1] and the Prophet

is a Messenger for the whole of mankind. In the words of the Quran (which mean): “O People I am but a Messenger from Allah to you all.” [Quran 7:18]

Allah also Says (what means): “We have sent you only as a mercy for everybody in the Universe.” [Quran 21:107]

In Islam, all men are equal, whatever be their color, language, race or nationality. It addresses itself to the conscience of humanity and banishes all false barriers of race, status and wealth. There can be no denying the fact that such barriers have always existed, and do exist today in the so-called enlightened age. Islam removes all these impediments and proclaims the ideal of the entire humanity being one family.

Islam is international in its outlook and approach and does not admit barriers and distinctions based on color, clan, blood or territory, as were prevalent before the advent of Muhammad

and which are rampant in different forms even in this modern age.  Islam unites the entire human race under one banner. In a world torn by national rivalries and feuds, it presents a message of life and the hope of a glorious future.

The historian, A.J. Toynbee, has some interesting observations to make in this respect.  In Civilization Trial, he writes: “Two conspicuous sources of danger – one psychological and the other material – in the present relations of this cosmopolitan proletariat, i.e., (Westernized humanity) with the dominant element in our modern Western society are race consciousness and alcohol; and in the struggle with each of these evils, the Islamic spirit has a service to render which might prove, it were accepted, to be of high moral and social value.

“The extinction of race consciousness as between Muslims is one of the outstanding moral achievements of Islam, and in the contemporary world there is, as it happens, a crying need for the propagation of this Islamic virtue… It is conceivable that the spirit of Islam might be the timely reinforcement, which would decide this issue in favor of tolerance and peace.”

The elements of permanence and change co-exist in human society and culture and will continue to do so in the future.  Different ideologies and cultural systems have erred in leaning heavily towards one or the other of these ends of the equation. Too much emphasis on permanence makes the system rigid and robs it of flexibility and progress; while lack of permanent values and unchanging elements generate moral relativism, shapelessness and anarchy.

What is needed is a balance between the two – a system that could simultaneously cater to the demand of permanence and change. An American judge, Mr. Justice Cardozo, rightly says:  “The greatest need of our time is a philosophy that will mediate between conflicting claims of stability and progress and supply a principle of growth.” Islam presents an ideology, which satisfies the demands of stability as well as of change.

Deeper reflection reveals that life has within it elements of permanence and change – it is neither so rigid and inflexible that it cannot admit any change even in matters of details, nor is it so flexible and fluid that even its distinctive traits have no permanent character of their own.

Only that system of life can cater to all the cravings of human nature and all the needs of human society, which can provide for both these elements.

The Quran and the Sunnah contain the eternal guidance given by the Lord of the Universe. This guidance comes from Allah, Who is free from the limitations of “space” and “time”; the principles of individual and social behavior revealed by Him are based on reality and are eternal. However, Allah has revealed only broad principles and has endowed man with the freedom to apply them in every age in the way suited to the spirit and conditions of that age. It is through the Ijtihaad that people of every age try to implement and apply Divine guidance to the problems of their times. Thus, the basic guidance is of a permanent nature, while the method of its application can change in accordance with the peculiar needs of every age.

Last, but not least, is a remarkable fact that the teachings of Islam have been preserved in their original form and Allah’s guidance is available in its pure form, without alteration of any kind. The Quran is the Revealed Book of Allah which has been in existence for the last 1400 years and is still available in its original form. Detailed accounts of the life of the Prophet of Islam

and his teachings are available in their pristine purity.  There has not been an iota of change in this unique historic record.

have been handed down to us with unprecedented precision and authenticity in works of the Hadeeth and the Seerah.

These are some of the unique features of Islam, which establish its credentials as the religion for the entire humankind, for all time. These aspects have appealed to hundreds of thousands of people in the past and the present and have made them affirm that Islam is the religion of Truth and the right path for mankind; doubtless, they will continue to appeal to people in the future. Men with pure hearts and sincere longing for Truth will always continue to say:

I affirm that there is none worthy of worship except Allah, that He is One, sharing His authority with no one; and I affirm that Muhammad is His servant and His Prophet.

Islam Is Not A New Message