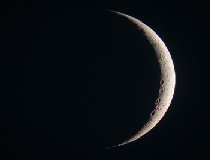 Recognising and appreciating the great favours of Allah, among which are the virtues of certain seasons and the opportunity of worshipping Allah during them:

Every one of these virtuous seasons has certain acts of worship and specific forms of obedience to Allah, and blissful is he who utilises these seasons, months, days or hours to draw closer to Him.

said: “Amongst the days of Allah are seasons of mercy, so expose yourselves to them; perhaps one of you will attain some of this mercy and therefore never suffer after that.” [At-Tabarani]

said: “Every new day that arrives addresses the son of Adam saying: `O son of Adam! I have come to you at this moment never to return; therefore, analyse what you do during my stay.` Once it has ended, it is folded and sealed, and will remain so until Allah opens the seal on the Day of Resurrection.”

also said: “O son of Adam! A new day is your guest, and every guest eventually departs with either praise or dispraise for you - and your nights do likewise."

said: “Every new day calls, saying: `O son of Adam! Utilise me; perhaps you will not have any day after me` - and the nights say the same.”

Once, three men came to the  'alayhi wa sallam, and embraced Islam; they then went and stayed with Abu Talhah

sent these men in a batch of troops to a battle, and one of them was martyred; at a later date, the Prophet

sent the remaining two in another batch of troops to another battle, during which another of the three was martyred; at a later time, the third died in his house. After this, Abu Talhah

said: “I saw these three men in a dream and saw that they were in . The leader of the three was the last one, who died on his bed in his house, followed by the second martyr, while the first one who was martyred was last, so I went to the Prophet

and informed him about the dream; he

said: “Are you surprised by the order that they were in (in) Paradise? Didn’t the latter one stay a year longer, during which he fasted the month of Ramadan and prayed such and such prayers?”  It was said: “Yes!” Then he

said: “The distance between them (in ) is like that between the heavens and the earth.”

said: “Prayer takes you half of the (distance) of the road, fasting leads you to the gate of the King (i.e., Allah) and charity takes you by your hand into His presence (i.e., to the attainment of His pleasure).”

Apologies to you, O Ramadan! You used to come to people who prepared to meet you, understood your secrets and appreciated your reality; they would thus await your arrival and prepare for you by praying, fasting, and performing other acts of worship; they would supplicate to Allah for six months prior to your arrival that He would allow them to live long enough to enjoy your virtuous period; they would then supplicate during the remainder of the year for Allah to accept the deeds that they performed during your stay. They would say: ‘O Allah! Make us live long enough to reach Ramadan, and accept (the deeds we perform in it) from us.’

was fasting, and when the time came for him to break his fast, two types of food were brought to him; when he saw this, he began to weep. His wife asked him why he was crying, to which he replied: “I remembered the day Mus’ab Ibn ‘Umayr

died, and nothing could be found to shroud him except a small garment, (it was too short to wrap the body completly) that when we covered his head, his feet would be exposed, and when we covered his feet, his head would be uncovered; but today, I am enjoying these types of food, and I fear that we are exhausting all our share of pleasures by enjoying them now.”

O Ramadan! But nowadays, who do you meet when you arrive? People whose opinion of you is that you are a month of hunger and thirst during the day, and stuffed stomachs during the night; people who think of you as a month of cooking varied dishes in outrageous quantities; people whose preparation for meeting you was nothing except to supply themselves with food and drink, it is as if you only came to teach them the art of cooking and preparing meals in varied forms.

Apologies to you, O Ramadan! You used to come to people who would stay up at night in worship during you; they realised that you are a season of virtue and they therefore sacrificed everything during your stay. They heard the Saying of Allah (which means): "A limited number of days…" [Quran 2: 184] Thus, they certainly did not wish to miss out during these few days.

You would look at them and they would be crying, standing in the optional night prayers, heedless of this life, their main worry being the Hereafter; they shunned this life and would prostrate and supplicate, placing their hope only in Allah.

would pray the optional night prayer until his veins became protruded and their green colour would become apparent.

would cry to the extent that there became two permanent lines engraved on his face.

heard a verse that made him faint and fall; it was the Saying of Allah  (which means): "If you could but see when they are made to stand before the Fire and will say: 'Oh, would that we could be returned [to life on earth] and not deny the signs of our Lord and be among the believers.'" [Quran 6: 27]

It surely is applicable to these people, the Saying of Allah (which means): "Their sides depart [i.e., they arise] from [their] beds; they supplicate their Lord in fear and aspiration, and from what We have provided them, they spend. And no soul knows what has been hidden for them of comfort for eyes [i.e., satisfaction] as reward for what they used to do. " [Quran 32: 16-17]

O Ramadan! But nowadays, who do you meet when you arrive? Miserable people whose only worry during the night is entertainment and frivolity; foolish people who have abandoned prayers and busied themselves with satellite television channels; lazy people, some of whom only strive to pray eight Rak’ahs of Taraweeh with the Imam and then leave the mosque, bragging about it as if they have therefore fulfilled their due worship and all other responsibilities towards Allah; hard-hearted people who hear the Quran being recited day and night and yet whose hearts do not move, and whose eyes never shed a tear.

O Ramadan! Forgive us! Our hearts have become hard and our eyes are dry; we no longer feel the sweetness of obedience to you, nor do we sense the beauty of worship.

Apologies to you, O Ramadan! You used to come to people who were brothers without any blood relationship, but they realised the value of brotherhood, understood its significance, and thus fulfilled its rights; they perfectly comprehended the saying of the Prophet

when he said: “A Muslim is the brother of his fellow Muslim.”

They would be like a single body, the elders would be merciful towards the young and the young would honour the elders; they lived compassionate lives and dealt with each other based on love; they lived in harmony and had no hatred, envy or spite. They would suffer at the suffering of their brothers and strive to fulfil the needs of their brethren.

Once, a man came to Ibn ‘Abbas

and found him residing in the mosque during I’tikaf; he asked him to help him fulfil a need, so Ibn ‘Abbas

stood up to accompany him and help him, so people said to him: “You are in your I’tikaf! How can you leave?” He

replied: “It is better for me (i.e. more rewarding) to accompany my brother, aiming to fulfil his need, than staying in  for two full months in the mosque of the  'alayhi wa sallam.”

O Ramadan! But nowadays, you only meet people who have replaced brotherhood with enmity, and love with hatred; it is as if they have never heard the saying of the Prophet

: “Deeds are raised to Allah every Monday and Thursday, and He forgives all people except for any two who have a dispute among them; it will be said: `Delay these two until they reconcile.`”

You only come nowadays to find people whose sense of brotherhood, as well as the bond set forth between them by Allah, has diminished; they do not react to the disasters of their fellow Muslims around the globe. They are not moved when their sisters are raped, or their rights are transgressed; it is as if they have never heard the saying of the : “He who is not concerned about the worries of other Muslims is not one of them.” You only come nowadays to find people who hardly even know anything about their next door neighbour.

Apologies to you, O Ramadan! These are our wounds and this is the reality in which we live!

Fasting children and the role of the parents

Spiritual and physical well-being through Fasting