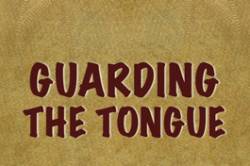 (may Allah exalt his mention) once asked: "Do you know what backbiting is?" His companions, may Allah be pleased with them, replied: "Allah and His Messenger know best." He

then said: "It is to say something about your brother that he would dislike." Someone asked: "But what if what is said is true?" The Messenger of Allah

replied: "If what you say about him is true, then you have backbitten him, but if it is not true then you have slandered him." [Muslim]

Islam is a religion of peace, love and compassion. Lies, suspicion, backbiting, slander and gossip are totally alien to Islam. In fact, they are considered amongst the most destructive of major sins. This is so because these sins sow enmity and discord among the Muslim Ummah (nation) and lead to its destruction. They cause hostilities between people of the same household, and between neighbours, friends and relatives.

Islam demands that our relationship with mankind be one of sincerity and responsibility. It should be one where we have respect for the honour, reputation and privacy of others. Islam teaches us that we are not only held accountable for our attitudes and actions, but also for anything over which we have control or influence in our society or the world around us.

Allah has Forbidden the Believers from Backbiting

Allah states in the Quran (what means): "O you who have believed! Avoid much [negative] assumption. Indeed, some assumption is sin. And do not spy or backbite each other. Would one of you like to eat the flesh of his brother when dead? You would detest it. And fear Allah; indeed, Allah is Accepting of repentance and Merciful." [Quran 49:12]

If we were to reflect deeply over this example, it would be enough to keep us away from backbiting!

The Quran Says (what means): "When you received it with your tongues and said with your mouths that of which you had no knowledge and thought it was insignificant while it was, in the sight of Allah, tremendous." [Quran 24:15]

Many of us backbite and gossip without thinking. We think it is a minor matter, however, Allah reminds us to be careful, for even though we think we are doing something small, it is in fact very large in the sight of Allah!

Many people are so busy spreading the slander they hear that they do not even stop to consider whether it is true or not.

Allah Says (what means): "And tell My servants to say that which is best. Indeed, Satan induces [dissension] among them. Indeed, Satan is ever, to mankind, a clear enemy." [Quran 17:53]

Are we falling into Satan's trap? We can all analyse ourselves to see if this is the case. Let's now compare that to what Prophet Muhammad

Allah states in the Quran (what means): "There has certainly been for you in the Messenger of Allah an excellent pattern…" [Quran 33:21]

said: "He who protects his tongue from unlawful utterances and his private parts from illegal sexual intercourse, I shall guarantee him entrance into Paradise." [Al-Bukhari & Muslim]

was once asked: "Who is the best Muslim?" He

replied: "He is the one from whom Muslims are safe from the evil of his tongue and hands." [Muslim]

Deriding people in their presence by making negative facial expressions or by hand gestures while they are unaware is also a form of backbiting.

We Need to Beware of the Slipping of Our Tongues

said: "When man wakes up in the morning each day, all his body parts warn his tongue saying: ‘Fear Allah with regards to us, for we are under your mercy; if you are upright, we will be upright and if you are crooked, we will be crooked.’" [At-Tirmithi]

Backbiting and slander are so widespread that they have become the topic of people’s meetings and an avenue for expressing their anger, misgivings and jealousy. Those who indulge in backbiting are oblivious of the fact that they are only harming themselves. This is because on the Day of Resurrection, both the wrongdoer and the wronged will stand before Allah, the Just Judge. Allah will then give the wronged person from the good deeds of the person who wronged him by backbiting or other injustices.

Some situations allow us to inform others of what someone has done. We are permitted to inform the authorities when someone does injustice to us or others. We are permitted to inform someone who can prevent a perpetrator from committing further vice. It is also permissible for us to tell whoever seeks our advice about a person for business dealings or marriage. In this case we are allowed reveal only as much as necessary about the person so that the enquirer will not feel deceived. All these forms of speaking about others are lawful.

Islam teaches us that if people are being ridiculed or backbitten in our presence, we should defend their honour. If we neglect doing so, we risk depriving ourselves of the ever-needed help and mercy from Allah.

What will we do the next time we are tempted to backbite, or if we hear slander in our presence? The choice is ours. 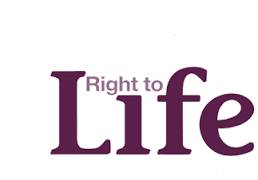