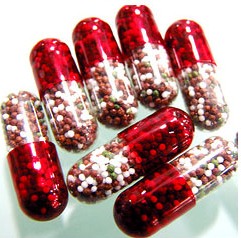 Some pilgrims prepare themselves for Hajj by taking all the necessary precautions that enable them to perform Hajj safely. On the other hand, some other pilgrims are neglectful in this regard, because they do not take what they need to perform the Hajj rituals safely. A medical kit is one of these important precautions as it contains the necessary medications that a pilgrim needs while performing the rituals of Hajj.

There are two types of medications that a pilgrim’s medical kit should contain:
I-             Medicine for chronic diseases:
-      Pilgrims who suffer from high blood pressure, should put the necessary medications in the‎ kit.
-      Pilgrims who suffer from diabetes should put in insulin injections and pancreatic enzyme tablets in their medical kit. ‎
-      Pilgrims who suffer from asthma attacks should take inhalers to alleviate dyspnea.
-      Pilgrims who suffer from heart disease should take the necessary medications with them.
A pilgrim should bring enough amounts of these drugs with him after consulting his doctor regarding how to use them before traveling.
II-   General medications that a pilgrim needs to treat simple symptoms quickly before visiting a doctor or going to a healthcare centre. The following are the most important of these medications:
1-   Oral Rehydration salts such as sodium and potassium salts, which a pilgrim needs after sunstroke, heatstroke, severe diarrhea that may cause dehydration especially for older people. These salts are available in the form of powders or effervescent tablets. Pilgrims who suffer from high blood pressure should avoid using food and sodium salt.
2-   Antipyretic drugs that are used for relieving pain and reducing fever such as “paracitamol”.
3-   Expectorant cough medicine and common cold drugs, because the weather may be cold at night in these region during this time of the year. This causes common cold, but anti-flu vaccination before traveling may considerably reduce the danger of infection.
4-   An ointment for the treatment of burns and some creams to alleviate inflammation and sunburn.
5-   Antacid drugs for treating light stomach inflammation.
6-   Stomach painkillers and drugs for alleviating pain of the digestive system such as “Buscopan”.
7-   Medical gauze and cotton and disinfectant for wounds such as “Dettol”.
These are the most important contents of the medical kit that a pilgrim should carry with him during his travel and when performing the rituals to maintain his safety and health.