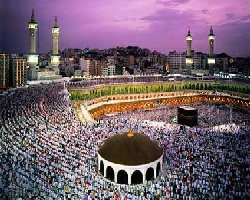 Islamic jurists extensively discussed whether Hajj is an immediate obligation or could be deferred, with some of them adopting the opinion that Hajj is un-deferrable, while others see that it is deferrable.

The former opinion is that of the Hanbali, Maaliki, and Hanafi scholars. They supported their opinion by adducing a number of evidences including the Quranic Aayah (verse) in which Allah The Exalted Says (what means): {….And [due] to Allah from the people is a pilgrimage to the House -- for whoever is able to find thereto a way....} [Quran 3:97]

They also adduced some Ahadeeth:

*  “Perform pilgrimage as soon as possible because one does not know what may happen to him.” [Ahmad; Al-Albaani: Saheeh]

*  “Whoever does not face sickness, explicit need, explicit hardship or a tyrant ruler, and then did not perform Hajj, then let him die Jewish or Christian.” [Al-Bayhaqi; Al-Albaani: Dha‘eef (weak)]

*  “Whoever possesses the provisions and the mount that will take him to the House of Allah The Almighty, and then refrains from performing Hajj, let him die as a Jew or Christian, as Allah The Almighty Says (what means): {….And [due] to Allah from the people is a pilgrimage to the ‎House - for whoever is able to find thereto a way....‎}[Quran 3:97]” [At-Tirmithi]

Sa‘eed ibn Mansoor, in his Sunan, and Al-Bayhaqi

On the other hand, Imam Ahmad

as well as the Shaafi‘i and Hanafi scholars were of the opinion that Hajj is deferrable, and it is permissible for one to defer it from one year to another. That is because they see that Hajj became obligatory in the sixth year A.H., and the Prophet

deferred it until the tenth year A.H. without an excuse.

However, the former opinion is stronger given the previous Ahadeeth, even if some of them are somewhat weak. Anyway, we will not discuss the evidences of each party and the refutation of the other one. We have only referred to them concisely because there is no room in the article for such a detailed discussion.

The Ruling on Whoever Denies the Obligation of Hajj

Whoever denies the obligation of Hajj is an apostate from Islam, unless he was ignorant due to a reason, such as being a new Muslim or a person who grew up in the desert without knowing anything about the rulings of Islam. Such people are excused for their ignorance; however, he should be taught and the ruling must be explained to him; if he insists on denying the obligation of Hajj, then he is an apostate.

The one who does not perform Hajj out of negligence along with acknowledging its obligation is not an apostate, but he is committing a major sin and some scholars judged him to be a disbeliever.

The Conditions of the Obligation of Hajj

said, "There are five conditions for the obligation of Hajj and ‘Umrah: Islam, freedom, sanity, adulthood and [financial and physical] ability."

1)   Being a Muslim, because the non-Muslim is not required to perform Hajj and it would even be invalid if he performed it. Moreover, it is prohibited for the disbeliever to enter Makkah, as Allah The Exalted Says (what means): {O you who have believed, indeed the polytheists are unclean, so let them not approach Al-Masjid Al-Haraam after this, their [final] year…..} [Quran 9:28]

Hence, it is prohibited to allow any non-Muslim, regardless of the reason of his disbelief, to enter Makkah. However, the disbeliever would be punished for leaving Hajj and the other duties of Islam according to the preponderant opinion of scholars, as Allah The Exalted Says (what means): {Except the companions of the right, [Who will be] in gardens, questioning each other About the criminals, [And asking them], "What put you into Saqar?" They will say, "We were not of those who prayed, Nor did we use to feed the poor. And we used to enter into vain discourse with those who engaged [in it],} [Quran 74:39-45]

2)   Sanity: An insane person is not required to perform Hajj. If one is insane before reaching adulthood until his death, then Hajj is not obligatory upon him, even if he is rich.

3)   Adulthood: Children who have not reached adulthood are not obliged to perform Hajj; however, if a child performs Hajj, his Hajj would be valid. Nevertheless, this does not absolve him from the obligatory Hajj after he attains adulthood, because when a woman lifted up a child to the Prophet

and asked, “‘Is the Hajj for this child valid?’ The Prophet

However, as we mentioned, this does not absolve him from the obligatory Hajj, because he is not yet required to perform it, since adulthood is a condition of the obligation of performing Hajj.

In this respect, I would like to draw attention to the fact that the Hajj seasons have become heavily crowded and this makes it difficult for the children to be in a state of Ihraam or complete the rites of Hajj. Therefore, it is better for children not to perform Hajj or ‘Umrah, because this is very difficult for them and may distract their parents from completing their Hajj properly, and this causes difficulty for them too. As long as Hajj is not obligatory upon children, then this issue is optional.

4)   Freedom: Hajj is not obligatory for a slave, because he is busy performing his duties towards his master. Hence, he is excused if he does not perform Hajj due to his inability.

“Al-Fadhl was riding behind the Messenger of Allah

turned Al-Fadhl’s face to the other side. The woman said, ‘O Messenger of Allah! The obligation of Hajj that was enjoined by Allah on His slaves has become due on my father and he is old and weak, and cannot sit firm on the mount; may I perform Hajj on his behalf?’ The Prophet

replied: ‘Yes, you may.’ That happened during the Farewell Pilgrimage.” [Al-Bukhari]

The woman’s saying, “The obligation of Hajj that was enjoined by Allah on His slaves has become due on my father and he is old and weak,” and the implicit approval by the Prophet

prove that whoever can perform Hajj financially, but not physically, is required to have someone else perform Hajj on his behalf.

However, if one can physically perform Hajj but he does not have enough money to reach Makkah and perform Hajj, then Hajj is not obligatory upon him.

Some scholars considered that the safety of the road to Makkah is also a condition of the obligation of Hajj; hence, if this condition was not met, Hajj would not be obligatory.

There are Additional Conditions for Women

1)   A woman must be accompanied by her husband or a Mahram (marriageable) man. If neither is available, then Hajj is not obligatory upon her.

2)   The woman must not be in ‘Iddah (waiting period) of divorce or of the husband’s death, because Allah The Almighty forbade such women from leaving their houses during the ‘Iddah (what means): {…Do not turn them out of their [husbands'] houses, nor should they [themselves] leave [during that period]….} [Quran 65:1] In such a case, the woman can defer Hajj.