Matters Related To The Udh-hiyah 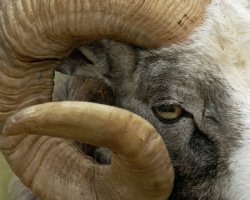 Respected readers! Know that you are allowed to make use of your sacrificial animal (Udh-hiyah) in the following manner:

2)   Feed others (relatives or neighbors)

3.)  Giving parts of it as charity

Allah The Almighty Says (what means): {….So eat of them and feed the miserable and poor.} [Quran 22:28] The Prophet

said: “Eat from it, save parts of it and give in charity.” The narration of Al-Bukhari

reads: “Eat from it, feed others from it and save parts of it.” The Prophet

did not specify how much one can eat and how much to give in charity. This is also the case in the verse were no mention of amounts was made.

Therefore, one may divide the animal into three parts, a third he eats, a third he gives out in charity and a third he gifts to those he knows. This is a recommended division and it is, by no any means, compulsory.

It is not permissible for one to sell any part of the sacrificial animal, its meat, skin or fat, etc., the reason being is that it is money (in the form of an animal sacrificed) that was given out for the Sake of Allah The Almighty and one cannot take it back. It is also prohibited to give the butcher any part of the animal in return for his service or as his fees. However, one may give him parts of it as a gift after paying him his dues.

The one who intends to live this experience (sacrificing an animal) must remember that there are things to adhere to in this regard, which were mentioned in the narrated report by Umm Salamah

when she said: “The Prophet

These narrations clearly prohibit removing (by cutting or clipping) ones nails, skin or hair for the one who intends to offer the sacrificial animal as an Udh-hiyah as soon as the month of Thul-Hijjah starts until he offers his sacrifice. However, if the month starts while one is not intending to offer the sacrifice and then decides to offer it later, then he should refrain (from removing his nails, skin or hair) as soon as he decides to offer it, and whatever he had removed prior to that point would not harm him.

It is important to mention that removing one’s nails or cuts his hair while intending to offer the Udh-hiyah does not have any effect the acceptance of the sacrifice. The one who does so has disobeyed the Prophet

and committed a prohibited act and must seek forgiveness from Allah. Yet his sacrifice will be accepted (Allah willing).

This is with regard to the one who does so unnecessarily, but the one who does it for a need, then he is exempted and is not considered as a sinner. For example, if ones nail partially breaks, and it causes him harm, then he may cut it to stop his pain or harm.

This prohibition of removing one's nails, hair and skin applies whether one offers the Udh-hiyah for himself or volunteers to offer it on behalf of someone else. The one to whom it is being offered may, however, remove his nails and other things, because the Prophet

offered the Udh-hiyah on behalf of all of his household and did not command them to refrain from doing so.

We should hasten and sacrifice our animals for the Sake of Allah. Many people invite their friends all year round, but are reluctant and lazy when it comes to partaking in this great rite.

Finally, one should take advantage of this great opportunity by performing all types of virtuous deeds, like reconciling with those with whom he has disputes during this great season, purifying his heart from grudges, spending in charity to the poor and the needy and helping those who need his help.