Bad relationships with Mothers in-law -I 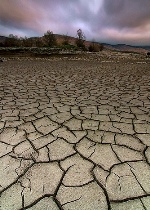 We often hear of problems that occur between women and their mothers in-law. The common conception among the masses is that the mother in-law is an evil person. Regardless of what she may do, or how kind she may be to her daughter in-law, her description remains as such -especially in the view of the daughter in-law.

Many daughters in-law have forgotten the fact that their mother in-law was a mother before she became a mother in-law, and that the days will pass, and eventually, they will also become mothers in-law, perhaps to suffer in the same regard.

There are many factors that contribute to the bitter relationship that some women have with their mothers in-law; some of which, on the part of the daughter in-law, are:

Lack of respect: Respect for others is a fine quality to possess; it is never that it is practiced between people except that love and harmony will engulf them. Islam has commanded the young to show respect towards their elders, and thus, respecting one's mother in-law is a must; this is due to the fact that not only is she an elder, but also because she was the reason for the daughter in-law's husband being present in this world, as it was her that delivered him.

said: "He is not one of us who shows no mercy to (our) younger ones, and does not acknowledge the honour due to our elders." [At-Tirmithi & Abu Daawood]

Expressing enmity: There is another type of daughter in-law who deals with her mother in-law, from day one, as if she is her worst enemy. This could be due to the incorrect manner in which the daughter in-law was brought up, or to the repeated warnings that her own mother gave her regarding her future mother in-law before she got married. Based on this, the wife would exert all efforts to make her husband hate his mother and brothers and sisters; she may even invent events that never took place, or exaggerate in relating ones that did; she may frequently make false accusations about her husband's mother and brothers and sisters until she succeeds in forcing him to leave his mother’s house and live with her, alone. Such a life is a poisoned one, and one which contains many problems. , may Allah be pleased with him, reported: “I heard the Messenger of Allah

saying: “Shall I not inform you about the inmates of Hell? They are every violent, disrespectful and proud person."" [Al-Bukhari & Muslim]

The husband returns from work to see his evil wife crying, so he asks her why, but she only continues crying, so that she will attain the best effect. The husband insists on knowing why, so the wife finally answers, in a very disrespectful tone: “It is either me or your mother in this house!” The husband wants to know what the problem is: “What happened?” he asks, but she begins crying again; the husband asks again: “Please explain to me what happened.” Finally, the wife says: “Your mother badmouthed me, and then your sisters gathered around me and insulted me.” Due to the husband being enslaved to his wife, he is enraged, and without even bothering to ascertain if his wife's statement is true, he goes off in a storm, and screams at his mother and sisters; he forgets the rank of his mother, and that Allah parallels respect of her to Islamic monotheism when He Says (what means): “And your Lord has decreed that you not worship except Him, and to parents, good treatment. Whether one or both of them reach old age [while] with you, say not to them [so much as]: 'uff' [i.e., an expression of disapproval or irritation] and do not repel them but speak to them a noble word. And lower to them the wing of humility out of mercy and say: 'My Lord! Have mercy upon them as they brought me up [when I was] small.'" [Quran 17: 23-24] The Messenger of Allah

said: “The pleasure of Allah is in pleasing one's parents, and His wrath is in displeasing them.”

Severing ties: Some daughters in-law sever ties with their mothers in-law and never visit, or even have anything to do with them. Such daughters in-law ruin their relationships with their mothers in-law. The mother in-law is human, and would therefore wish that her daughter in-law would treat her as a mother; she would not like being given the cold shoulder; in some cases however, the daughter in-law is not evil, but she may be unaware of some of the etiquettes of how to deal with her mother in-law. The daughter in-law who severs ties with her mother in-law causes her husband to abandon his mother and sever his ties with her; thus, such a wife becomes the reason behind his undutifulness towards his mother.

, may Allah be pleased with him, reported that the Messenger of Allah

said: "Allah created all (His) creation, and when He finished the task of His creation, Ar-Rahm (i.e., ties with kinfolk) said: `(O Allah)! At this place I seek refuge with You from my ties being severed.' Allah replied: `Would you be content that I treat with kindness those who treat you with kindness, and sever ties with those who sever your ties?' It said: `I am satisfied.' So Allah said: `Then this is yours.`" [Al-Bukhari & Muslim] Imaam Al-Qurtubi

said: “This is to inform us that Allah has granted these ties a high rank: that of one who took refuge in Him and was granted it; and one who is taken into the protection of Allah will certainly never be forsaken."

On the other hand, the causes of the bad relationship can be on the part of the mother in-law herself, such as:

Being harsh with the daughter in-law: Some mothers in-law are very harsh towards their daughters in-law, and also encourage their sons to treat their wives badly. , may Allah be pleased with him, reported: “I heard (i.e., the Prophet)

say: "The miserable one is the only one whose heart is deprived from mercy." [At-Tirmithi]

Being jealous of the daughter in-law: Why do some mothers in-law love their sons while despising their daughters in-law? Psychiatrists say that this results from jealousy. It is natural for women to be jealous, but added to this is the fact that the mother feels that this daughter in-law has shared her son with her and taken him away from her control; therefore, a competition arises. This is especially so if the mother’s only provider and supporter is this son, because his role could have been that of the father in taking care of the affairs of the household and being his mother's protector, so the mother would feel that she has lost such an important son to her daughter in-law.

Some mothers become jealous seeing their sons happy and enjoying life with their wives; if the daughter in-law were to ever complain to her about any problem that might occur with the son, she would never support her; rather, she would side with her son, even if he was the one at fault; moreover, she would humiliate his wife and may even beat her. Sometimes, the wife could be doing all she can in order to please the mother in-law; she may speak kindly to her, give her gifts, and treat her with respect, but, the mother in-law would always be striving to create problems, as she feels that she would otherwise lose her son.