Understanding the Obligations of Zakat Al-Fitr 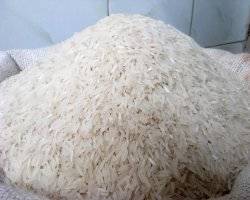 Zakat al-Fitr is an individual obligation upon every Muslim who can afford it, prescribed by the Sharee‘ah (Islamic legislation) based on the texts of the Quran and Sunnah (Prophetic tradition), and scholarly consensus. It was ordained, along with fasting, in the second year after Hijrah (Emigration). The recipients of Sadaqat al-Fitr are the same recipients of general Zakah (obligatory charity), based on what Allah The Almighty Says (what means): {Zakah expenditures are only for the poor and for the needy…} [Quran 9:60]

There is a consensus among the scholars on the obligation of Zakat al-Fitr, which has two conditions:

1. The amount (one Saa’) should be superfluous over one’s own need and the need of his dependants for the day and night of ‘Eed.

2. It should be given upon (and not before) the arrival of its due time, which is sunset of the last day of Ramadan.

The amount given as Sadaqat al-Fitr is a single Saa‘ for each Muslim, but it can be less than one Saa‘ if the Muslim does not find any more than that. Sadaqat al-Fitr is obligatory upon every Muslim individually, and the Muslim is not obligated to give it on behalf of others according to the majority opinion of scholars. However, one can give it on behalf of those under his care with their consent. An exception to this ruling is the slave, for whom Sadaqat al-Fitr is, of course, an obligation, but in his case it is acceptable for his master to pay on his behalf. The Prophet

said: “There is no charity to be paid on the slave (i.e. for owning him) except Sadaqat al-Fitr.” [Muslim]

did so, and he was one of the four Rightly-Guided Caliphs regarding whom we are ordered to follow their practices.
According to an authentic narration, it is permissible to give Zakat al-Fitr early but only by a maximum of two days before ‘Eed as reported from Ibn ‘Umar

gave Sadaqat al-Fitr for those who would accept it, and they used to receive it one or two days before ‘Eed al-Fitr." [Al-Bukhari]

However, it is preferable to give it before the ‘Eed Prayer due to the Hadeeth which was narrated on the authority of Ibn ‘Umar

where it was mentioned that the Prophet

ordered Sadaqat al-Fitr to be distributed before Muslims go out for the ‘Eed Prayer. It is not permissible to delay it until after the ‘Eed Prayer, and if it is, it would not be valid. The Prophet

said: “Whoever introduces something to our affairs (i.e. religion) which does not belong to it, it will be rejected.”

Therefore, the time for giving Zakat al-Fitr can be one of three:

It is preferable for the Muslim to give it personally so that he can be sure that it is delivered on time.

The Commander of the Believers, ‘Umar ibn ‘Abdul-Azeez

would command the Muslims to give Sadaqat al-Fitr and recite the verse (what means): {……He has certainly succeeded who purifies himself. And mentions the Name of his Lord and prays.} [Quran 87:14-15]

ordained Zakat al-Fitr to be given as one Saa‘ (handful) of dates or barley for every slave and free Muslim, male or female, young or old. He ordered it to be given out before the Muslims go to the ‘Eed Prayer." [Al-Bukhari and Muslim]

Zakah Al-Fitr and the Unity of the Muslim Nation