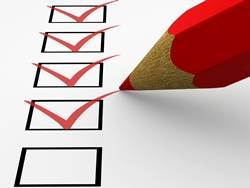 1-   Manifesting happiness and joy on the occasion of ‘Eed:

It was narrated that ‘Aa’ishah

said, “Abu Bakr came to my house while two small Ansaari girls were singing beside me the stories of the Ansaar concerning the Day of Bu‘aath. They were not singers. Abu Bakr said, ‘Musical instruments of the devil in the house of the Messenger of Allah!’ This was on the ‘Eed Day and the Messenger of Allah

: ‘O Abu Bakr! There is a festival for every nation and this is our festival.’"

“Not disapproving that act indicates that such an action – in the way that he approved – is permissible for he does not approve any prohibited matter. It is really better to be far above distracting play and amusement. One should adhere very strictly to what is approved by legal texts and do it according to the time and the prescribed way so as not to violate what the legal texts have approved. Allah The Almighty knows best. Furthermore, this Hadeeth also indicates that it is permissible to be generous to your children on the days of ‘Eeds in the way that can please them and give them a break from the hardship of the acts of worship. However, keeping away from such things is more preferable. It also indicates that manifesting happiness during the days of ‘Eeds is among the rituals of religion. ” [Fat-h Al-Baari]

said, “The people during Jaahiliyyah used to have two days in every year when they would amuse themselves. When the Messenger of Allah

came to Madeenah, he said:“You used to amuse yourselves on these two days; however, Allah has given you instead of them two days that are better than them: the Day of Al-Adh-ha and the Day of Al-Fitr.”

This Hadeeth indicates that it is not permissible to participate with non-Muslims in their festivals for Allah The Almighty has given us a better alternative.

The Companions of the Prophet,

, used to congratulate each other on the days of ‘Eed, saying, ‘Taqabbal Allah minna wa minkum’ (may Allah accept (good deeds) from us and from you) [Zaahir ibn Taahir: Tuhfat ‘Eed Al-Fitr, Al-Mahaamili: Salaat Al-’Eedayn; and Al-Albaani: Saheeh]

It is also permissible to use some other expressions of congratulations.

In fact, this is not confined to the occasions of ‘Eeds, but it is a good occasion to do so.

Two Hadeeths that prove two such matters are as follows:

said, “When the Messenger of Allah

arrived at Madeenah, people quickly gathered around him and it was announced that the Messenger of Allah

had arrived. So, I went to him with the people to look at him. When I saw his face, I knew that it was not the face of a liar and the first thing he said when he spoke was: “O people, spread the greetings of peace, feed others, maintain the ties of kinship, and stand in prayer at night when people are sleeping. Then, you will enter Paradise peacefully.” [At-Tirmithi and Ibn Maajah]

Second:It was narrated on the authority of Abu Hurayrah

that the Messenger of Allah,

, said: “A man visited a brother of his in another town, and Allah sent an angel to wait for him on the road. When he came to him, he said, ‘Where are you heading?’ He said, ‘I am heading to a brother of mine in this town.’ He said, ‘Have you done him any favor for which you hope to be recompensed?’ He said, ‘No, but I love him for the sake of Allah.’ He said, ‘I am a messenger from Allah to you, to tell you that Allah loves you as you love him for His sake.’” [Muslim]

The following three matters should be observed on the occasion of ‘Eed as well as other occasions:
·        Visiting widows and the poor, and bringing happiness to them:
It was narrated on the authority of Abu Hurayrah

, said: “The one who strives to help widows and the poor is like the one who strives in Jihaad for the sake of Allah.” [Al-Bukhari and Muslim]
·        Visiting orphans:
It is one of the kind acts that Allah The Almighty enjoined upon us and others of the previous nations to do towards them.
Allah The Almighty Says (what means):
• {Worship Allah and associate nothing with Him, and to parents do good, and to relatives, orphans, the needy, the near neighbor, the neighbor farther away, the companion at your side.} [Quran 4: 36]
• {And [recall] when We took the covenant from the Children of Israel, [enjoining upon them], "Do not worship except Allah; and to parents do good and to relatives, orphans, and the needy. And speak to people good [words] and establish prayer and give Zakah.} [Quran 2:83]
·        ‘Eed is a good occasion for us to forgive and pardon those who have wronged us.
It was reported in Sunan Ibn Maajah that ‘Abdullaah ibn ‘Amr

Correct Answers to Questions about Takbeer of ‘Eed Prayer - II

‘Eed: An Occasion for Worship and Showing Gratitude - I