The ways of our pious predecessors in Ramadan 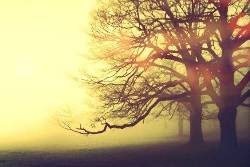 Our righteous predecessors viewed Ramadan as an opportunity to strengthen their faith by engaging in all sorts of devotional acts — acts such as fasting, performing a lot of voluntary Prayer, benevolence, generosity, Quran recitation, kindness to kith and kin, and guarding the tongues from vain talk.

In their fasting, our pious did not stop at the elemental level of this worship, i.e., abstaining from foods, drinks, etc.; rather, they avoided, in addition to that, forbidden things in general and anything they feared could detract from the worth of their fasting. They delighted in offering night Prayer where they savor any moment they spent communicating with Allah Almighty. Moreover, they strived to copy the generosity of the Prophet

which ascends to incredible heights during Ramadan. They were motivated to do so by the Prophet

who taught them that "the best Sadaqah (charity) is that which is made in Ramadan." [Ahmad]

In this blessed month, Muslims are particularly bidden to maximize their produce of benevolent acts. The list of these munificent acts is endless, one example could be providing breakfast to fasting people, because, "the one who provides Iftaar to a fasting person, will get a reward equal to that which the fasting person gets [from his fast] …,” as the Hadeeth reported by At-Tirmithi maintains.

Also, Muslims should care not to convert Ramadan into a season of wasteful and extravagant feasts where people boastfully vie with one another over who prepares the best or plenteous foods. To do so is to forget that Ramadan is essentially a month of the Quran. The Seerah tells us that the archangel Gabriel

used to review The Quran with the Prophet

each Ramadan. We also learn from it that when Ramadan came, our pious predecessors would put aside other religious studies and focus solely on the Quran. Ibn Abdul Hakam, a senior disciple of Imam Maalik

remarked that when Ramadan came, Imam Maalik would put off Hadeeth studies and turn instead to the Mus-haf, reciting it extensively. No wonder our pious predecessors acted thusly in Ramadan, for they knew that, "fasting and Quran recitation intercede on behalf of one who does them,” as the Hadeeth reported by Ahmad indicates.

This is a brief look at their ways. What is yours?