Times When Intensifying Supplication Is Recommended 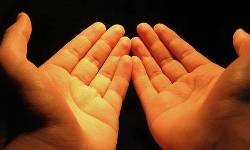 In the Name of Allah, The Most Merciful, The Ever-Merciful
Dear sister,
Assalaamu ‘Alaykum,
This is a good question; one asks this question when he wants to bring himself closer to Allah. So, rejoice because the Prophet

related in a Qudsi Hadeeth (sacred narration) that Allah The Almighty Says (what means): "Whoever shows enmity to one of My allies, I shall be at war with him. My servant draws not near to Me with anything more loved to Me than (by fulfilling) the religious duties I have enjoined upon him, and My servant continues to draw near to Me with voluntary acts so that I shall love him. When I love him, I will be his sight with which he sees, his hearing with which he hears, his hand with which he strikes and his foot with which he walks. Were he to ask [something] of Me, I would surely give it to him, and were he to ask Me for refuge, I would surely grant him it."
We ask Allah The Almighty to exalt you to this degree and include you among those concerning whom He Says (what means): {….the fasting men and fasting women, the men who guard their private parts and the women who do so, and the men who remember Allah often and the women who do so - for them Allah has prepared forgiveness and a great reward.} [Quran 33: 35]
The fasting of Al-Ayyaam Al-Beedh (the13th, 14th, and 15th of the lunar month) is a recommended and virtuous act of worship. The Prophet

recommended to fast three days of each month, as it is narrated by Abu Hurayrah and Abu Ad-Dardaa’, may Allah be pleased with them, "The Prophet

advised me never to quit fasting three days of every month, (praying) the two Rak‘ahs of Adh-Dhuha (the time before noon), and (praying) the Witr (prayer) before going to bed (at night)." [Al-Bukhari and Muslim]
It was also narrated on the authority of ‘Abdullaah ibn ‘Amr ibn Al-‘Aas, may Allah be pleased with them, that the Prophet

said: "Fasting three days of each month equals (in reward) fasting one's whole life." [Al-Bukhari and Muslim]
Truly, it is a great virtue when one fasts these three days. When one fasts three days of each month, his reward will be multiplied by tenfold at least and this means he will get the reward of fasting the whole month. Thus, when one does this every month, it is as if he has fasted his whole life. This is actually the bounty of Allah, which He grants to whomever He Wills. Indeed, Allah has great bounty.
It was also reported that the Prophet

recommended that a Muslim should fast any three days of each month, without determining which days. The Prophet

did this in order to indicate to the Ummah (Muslim nation) that fasting three days of each month is rewarded at anytime – whether at the beginning, the middle or the end of the month. Nonetheless, it is recommended that these days are the 13th, 14th and 15th of each lunar month. Abu Tharr, may Allah be pleased with him, narrated that the Prophet

said: "When you fast three days of the month, then fast the 13th, the 14th and the 15th." [At-Tirmithi]
It was narrated that Qataadah ibn Milhaan, may Allah be pleased with him, said, "The Prophet

commanded us to fast Al-Ayyaam Al-Beedh, the 13th, the 14th and the 15th."
It was also narrated that the Prophet

observed fasts on these days whether he was in residence or traveling. [An-Nasaa’i with a Hasan (sound) chain of narrators]
If you ask: Why are they called Al-Ayyaam Al-Beedh ("White Days")? The answer is because the moon (during these days) at night is white and full and makes the sky appear white; this can be easily observed with the eyes
As for your question regarding the times when supplication is recommended, the answer is that the best time to supplicate Allah The Almighty is that when you are distressed and in true need of Him. When you sincerely supplicate Allah The Almighty while your heart is inclining to Him and you are feeling His greatness as well as your need of Him and asking for His mercy which encompasses everything, your supplication will be answered. Undoubedly, when the heart is inclining to Allah while the soul is humble and submissive to Him, this is the best time when the supplication is likely to be answered. This gateway is always open before the believer.
As for the specific times when the supplication is answered, The following is a list of some:

Therefore, you should be keen to worship Allah with this great act of worship. The Prophet

said: "There is nothing more honorable to Allah than supplication." [At-Tirmithi] Sufficient for us is the verse in which Allah The Almighty Says (what means): {And when My servants ask you, [O Muhammad], concerning Me - indeed I am near. I respond to the invocation of the supplicant when he calls upon Me. So let them respond to Me [by obedience] and believe in Me that they may be [rightly] guided.} [Quran 2: 186]
We ask Allah The Almighty to grant you success to do what He likes and approves and to make you one of His righteous servants.
Allah is The Bestower of success.