Virtues of Abu Hurayrah in the Context of Ramadan 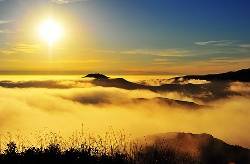 How abundant are the virtues of the Companions of the Prophet

How great is their favor upon those who came after them!

That is because they believed in the Messenger of Allah

supported him and performed Jihaad (struggle) with their souls and their wealth to carry out this light to all people of the earth at that time, and to preserve this religion for those to come after them. Allah The Almighty Says (what means): {So they who have believed in him, honored him, supported him and followed the light which was sent down with him - it is those who will be the successful.} [Quran 7:157]

The Companions undertook Jihaad in the field of words and speech just like they did in the battlefield. In each, they made outstanding efforts that helped those who succeeded them. However, some Companions excelled others in one of those two fields. In the field of physical Jihaad by weapons, there are many bright names. To the people of Egypt and the whole of North Africa, these bright names are topped by ‘Amr ibn Al-‘Aas

at whose hands Allah The Almighty caused the people of Egypt to come out of darkness into light.

In the field of memorizing and conveying knowledge, there are many Companions who excelled. Some of them were excellent in giving Fataawa (jurisprudential rulings) and others narrated numerous Ahadeeth (narrations). Most of the great narrators of Hadeeth among the Companions were very young during the lifetime of the Prophet

Some of them used to serve the Prophet

. This gave them a great opportunity to memorize and understand from the Prophet

were commanded by their mothers to serve the Prophet

willingly bore the pain of poverty and hunger by being satiated at times and hungry at other times.

The succeeding generations of the Ummah protected the Companions from insult and slurs. This was in response and obedience to the order of Allah The Almighty in the verse (what means): {And those who came after them, saying, "Our Lord, forgive us and our brothers who preceded us in faith and put not in our hearts [any] resentment toward those who have believed. Our Lord, indeed You are Kind and Merciful."} [Quran 57:10]

when he said: “Do not abuse my Companions, for if any one of you spent gold equal to Mount Uhud (in the cause of Allah The Almighty), it would not be equal to a Mudd (an average handful) or even a half Mudd spent by one of them.” [Al-Bukhari]

They do so out of appreciating the favor of the Companions

. It was the Companions

who spread Islam by their Jihaad; thus we became Muslims, praise be to Allah. It was they who preserved knowledge of the religion so that we learned and practiced it.
The disbelievers plainly show enmity and hatred towards the religion of Allah The Almighty. This makes their stance clear to every wise person. However, Satan whispered to those disbelievers to have allies from the Muslims, who speak in the tongue of the Muslims claiming to love the Prophet

while they curse his Companions and the bearers of the Sharee’ah (Islamic law) to succeeding generations.

This shameful crime appeared for the first time at the hands of the Shi'ites and it was then circulated by rationalists in the past and in modern times alike.
We wonder, how do these people pray, give Zakah (obligatory charity), fast and perform Hajj (major pilgrimage)? In all these acts of worship, they are in dire need of the knowledge of the Companions

. Those who attack and curse the Companions realized that by doing so, they attack the Quran and Sunnah which were transmitted to us through that generation. Therefore, these enemies of Islam attacked some Companions and focused their war against those Companions who narrated a lot of Ahadeeth, such as Abu Hurayrah

This approach of attacking only some Companions had a profound effect on decreasing the gravity of their crime before many of the ordinary Muslims, though the result is similar to attacking all of the Companions. Let’s imagine: how would any chapter of Fiqh (Islamic jurisprudence) be if we removed the narrated Ahadeeth of Abu Hurayrah

in that particular topic?

On the occasion of the blessed month of Ramadan, and especially as all Muslims, the learned and laymen alike, are interested in the rulings and virtues of this month, let us quote some of the Ahadeeth narrated by Abu Hurayrah

on the virtue of acts of worship in Ramadan. This is not meant to cover all narrations in this regard; rather, it is meant to give examples of the Ahadeeth that are well-known to both laymen and the knowledgeable among the Muslims, without digressing into detailing the rulings of these Ahadeeth. There is sufficient reminder and admonition in the chapter of virtues for anyone who wants to learn a lesson.
Abu Hurayrah

said:
• “Anyone, who fasts Ramadan out of faith and hope for reward from Allah, his previous sins will be forgiven.” [Al-Bukhari]

• “Anyone who prays Qiyaam throughout Ramadan out of faith and seeking reward from Allah, his previous sins will be forgiven.” [Al-Bukhari]

• “Anyone who prays Qiyaam in the Night of Al-Qadr out of faith and seeking reward form Allah, his previous sins will be forgiven for him.” [Al-Bukhari]

• “Allah The Almighty says, ‘All the deeds of the son of Aadam are for him except fasting which is for Me and I will give the reward for it.’” [Al-Bukhari]

• “When Ramadan comes, the gates of Paradise are opened and the gates of Hell are closed, and the devils are put in chains.” [Muslim]

Whoever ponders over these Ahadeeth finds that they provide the motive for all Muslims to do righteous deeds in Ramadan. So, be ready and do your best in terms of fasting, prayer at night and seeking Laylat-ul-Qadr (the Night of Decree).

How magnificent is the favor of Abu Hurayrah

upon the Muslims in all ages! This is admitted by every faithful person who appreciates the favor. The faithful people realize that the least thing they can do to pay back this favor of Abu Hurayrah and other Companions is to ask Allah The Almighty to be pleased with them, especially when they are mentioned in the context of narrating the Ahadeeth of the Prophet

.
However, the wicked and rebellious people who are ungrateful to the favor of those great Companions still bark, while the caravan of the greatest Companions of the Prophet

continues on its way ahead. May Allah The Almighty gather us together with the Prophet

on the Day of Judgment, Aameen.