Returning to the Truth Is a Virtue 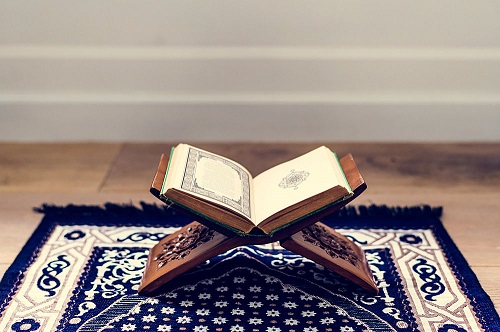 All praise is due to Allah, the Lord of the worlds, and there should be no aggression except against the oppressors. May the Peace and Blessings of Allah be upon the best of creation and the master of mankind, Muhammad ibn ‘Abdullah, the Honest and Trustworthy. May Allah permanently confer His Peace and Blessings upon him and his pure family as long as the day and night are in succession, and as long as the heavens and earths exist.

Man is a human being, intrinsically vulnerable to error and forgetfulness, and swings between weakness and strength. He errs and sins, but this is not a shame; rather, to persist in error and sin is shameful. If one recognizes the truth and returns to it, then this is a virtuous attribute of him. Anas, may Allah be pleased with him, narrated that the Messenger of Allah

said: "All the children of Adam oft sin, and the best of those who oft sin are those who oft repent." [Ibn Maajah and Ad-Daarimi; Al-Albaani: Hasan]

On reviewing the biographies of the righteous predecessors, one finds that they rarely committed sins; however, they are the worthiest of people to be included in the statement of Allah, The Exalted (which means): {Indeed, those who fear Allah - when an impulse touches them from Satan, they remember [Him] and at once they have insight.} [Quran 7:201] Such hastening to repentance and swift returning to the truth are undoubtedly better than persisting in doing what is wrong in response to the self’s inclinations and the devil’s suggestions, and being arrogant on admitting the mistake, especially in disputes.

People Are of Divergent Natures:

Undisciplined human natures are often the reason behind slips and involvement in disputes and arguments. It is known that people’s natures and characters are evidently and dramatically different. Some of them are easy while others are tough, some are humble while others are arrogant. There are among them those who are bad-tempered (quickly angered) yet return to the truth quickly as well, so this compensates that, and there are those who are not easily angered yet are not swift in returning to the truth. It goes without saying that the best of all those is the one who is not quick to anger and is swift in returning to the truth, whereas the worst is the one who is quickly angered and slow in returning to the truth. Such a person can hardly admit his mistake or acknowledge his error so that he would apologize or express his regret. Instead, he has an evil-enjoining self that overpowers him, leaving for him no opportunity for a swift return to the truth.

There is scarcely any community that is free of disagreements, disputes and quarrels with others who maybe one’s family, wife, children or neighbors. In such a situation, one should adhere to forbearance and forgiving, for they are two great qualities. Allah, The Exalted, praises those who pardon others as He Says (what means): {Who spend [in the cause of Allah] during ease and hardship and who restrain anger and who pardon the people - and Allah loves the doers of good.} [Quran 3:134] and He also Says (what means): {And the retribution for an evil act is an evil one like it, but whoever pardons and makes reconciliation - his reward is [due] from Allah . Indeed, He does not like wrongdoers.} [Quran 42:40]

The deeds of the people are presented to Allah, The Exalted on Mondays and Thursdays; He forgives every believer except those who are in disagreement. Abu Hurayrah, may Allah be pleased with him, narrated that the Messenger of Allah

A truthful believer is expected to swiftly return to normal, forgive, pardon and hasten to reconciliation. As for the one who is harsh in dispute and goes far in his persistence, it is authentically reported that ‘Aa’ishah, may Allah be pleased with her, said that the Prophet

said: "The most hateful of men in the sight of Allah is the one who is the most quarrelsome and skillful in (false) argumentation." [Al-Bukhari and Muslim]

. On the other hand, it is among the qualities of a hypocrite that when he disputes, he transgresses. It is narrated on the authority of ‘Abdullah ibn ‘Amr, may Allah be pleased with him, that the Prophet

said: "Four traits, whoever possesses them is a hypocrite, and whoever possesses one of them has an element of hypocrisy until he leaves it: the one who, when he is entrusted, betrays the trust; when he speaks, he lies; when he promises, he breaks his promise; and when he disputes, he transgresses." [Al-Bukhari and Muslim]

Transgression means deviation from the truth and resorting to trickery in denying it. How great is the one who humbles himself to the believers, returns to his senses, and hastens to his Lord and back down to earn His pleasure.

Abu Bakr As-Siddeeq, may Allah be pleased with him, gave a refined example for swiftness in returning to the truth when he found out that Mistah ibn Athaathah, whom he used to financially support, was one of those who took part in accusing his daughter ‘Aa’ishah, may Allah be pleased with her, in the Incident of Slander. So, he took an oath that he would no longer support him with his money.

‘Aa’ishah, may Allah be pleased with her, said when the people of slander said about her what they said and when Allah proved her innocence as He revealed (what means): {Verily! Those who spread the slander a group among you…} [Quran 24:11]: "All these ten verses were in proof of my innocence. So Abu Bakr As-Siddeeq, who used to provide for Mistah because he was his relative, said: 'By Allah, I will never give anything (in charity) to Mistah after what he has said about ‘Aa’ishah.' Then Allah revealed: {And let not those of virtue among you and wealth swear not to give [aid] to their relatives and the needy and the emigrants for the cause of Allah and let them pardon and overlook. Would you not like that Allah should forgive you?} [Quran 24:22] On that, Abu Bakr said: 'Yes, by Allah, I like that Allah should forgive me.' He resumed giving Mistah the aid he used to give him and said: 'By Allah! I will never withhold it from him.'" [Al-Bukhari]

Returning to the Truth Is Better than Persisting in Falsehood:

It is not shameful to fall into sin. Actually, all mankind are prone to sin and the best of them are those who oft repent. It is disastrous, however, to insist on committing sin and persist in falsehood, even though the doors to mercy are wide open and are calling upon us to rush to repentance. It is narrated on the authority of Abu Moosa, may Allah be pleased with him, that the Prophet

You can overcome this hurdle by being honest with yourself and admit your faults. This is the first step on the way to repentance and returning to Allah. Indeed, when a slave admits his sin and repents thereof, Allah accepts his repentance. What could possibly delay us from reforming ourselves and swiftly returning to Allah with sincere repentance while He is inviting us to His expansive mercy and returning our weakness and evil with His benevolence? Abu Hurayrah, may Allah be pleased with him, narrated a Hadeeth Qudsi where the Prophet

O Believing slave! Hasten to repentance to Allah, The Exalted, and beware of procrastination! It is persistence in sin that stands between man and swift repentance. Imam Al-Bukhari

entitled one of the chapters of the Book of Iman: "Chapter on the believer’s fear that his deeds would turn worthless while he knows not, and the consequences of persistence in disobedience and hypocrisy without repentance, given the Saying of Allah, The Exalted (which means): {and [who] do not persist in what they have done while they know.} [Quran 3:135]"

said: "It is as if the author is hinting at the Hadeeth narrated by ‘Abdullah ibn ‘Amr and reported by Ahmad as a Marfoo‘ Hadeeth. It reads: "Woe to those who persist in the evil they are committing while they know." It means that they know that Allah, The Exalted, accepts the repentance of those who repent, yet they do not seek His forgiveness, as stated by Mujaahid and others." Their persistence is reflected in their resolve to commit the sin again and to not give it up by repenting to Allah of it, and Allah knows best.

So, would a believer choose the fate of doom and destruction, or resist his personal inclination and raise himself above satanic whims, releasing himself from their shackles and heading toward the mercy of Allah? So, if you ever do wrong, do right, and if you ever sin, seek forgiveness, perchance your deeds testify to your rushing to obey Allah. If you offend someone, hasten to apologize before it is too late, and before your soul reaches up to your throat at the time of death when regret would be of no avail. Allah, The Exalted, Says (what means): {Then why, when the soul at death reaches the throat. And you are at that time looking on. And Our angels are nearer to him than you, but you do not see.} [Quran 56:83-85]

O brother, do you not remember that you will die and that death is inevitable?

A poet said (what means):

It is death from which there is neither shelter nor escape.

Once a deceased is taken off the coffin, another immediately takes his place.

We have extensive hopes and wait for their outcome, while perhaps death is nearer to us than our hopes.

To Allah we complain of the hardness of our hearts, although death is daily offering to us admonition.

We ask Allah to make us aware of our faults, and make us recognize the truth and follow it, and recognize falsehood and avoid it. Verily, He is over all things Competent. Praise be to Allah, the Lord of the worlds. May Allah’s peace and blessings be upon our Prophet, Muhammad and upon his family and companions.

The tremendous teachings of the Prophet, peace be upon him

The Practice of Self-Purification - III

The Practice of Self-Purification - II